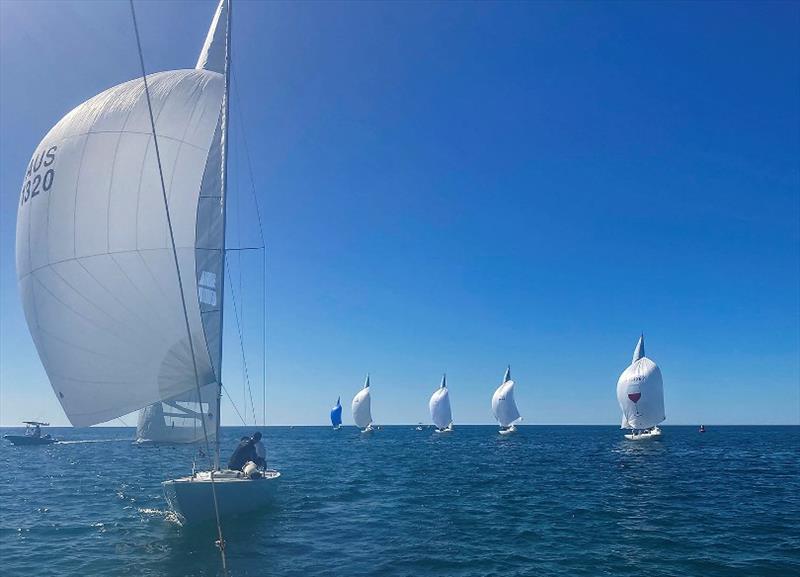 Geographe Bay Race Week is one of Western Australia’s premier yachting regattas and this year featured the racing of the inaugural Etchells Bill Steele Cup.

For the intrepid Etchells travellers from Perth, Geographe Bay and the venue turned out to be all that was promised, and more. Not only were the waters pristine and conditions varied, but the marina was first class and the restaurants and Club hospitality were great.

For the full story, see: https://www.sail-world.com/news/246278/Etchells-Bill-Steele-Cup-at-Geographe-Bay