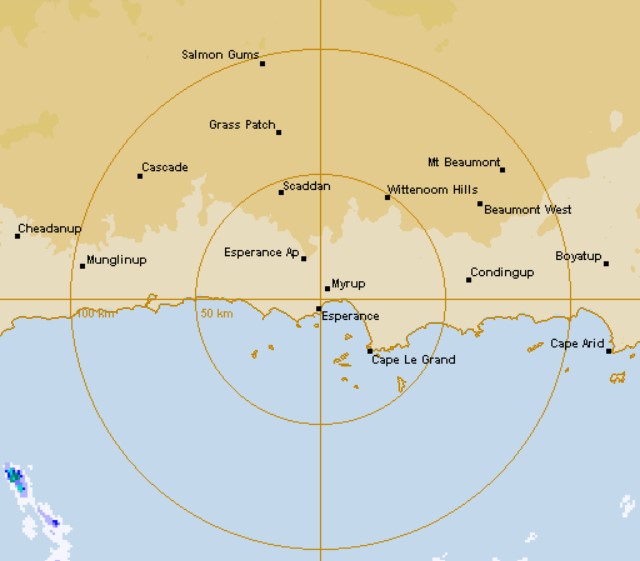 Weather watchers in the Esperance-Goldfield region will now have access to more weather images, more often, after upgrades by the Bureau of Meteorology to the existing Esperance radar went live today.

The Bureau, in partnership with Western Australian Government, have been progressively improving the Western Australia's grainbelt Doppler radar network, with the Esperance radar becoming the latest addition.

The radar features Doppler wind and real-time rain information for the first time, which will enhance the Bureau’s ability to monitor storm severity and fine-tune warnings during severe weather events.

Bureau acting Western Australia State Manager James Ashley said improvements to the radar would enable forecasters to observe wind better than ever before.

“We will be able to observe areas of differing wind speeds, which meteorologists refer to as wind fields, and track features, such as wind direction changes,” he said.

“Not only will the community and emergency services benefit by these enhancements but there are also economic benefits to industry, such as agriculture, aviation, defence, construction, resources and energy and tourism.”

The Esperance Doppler radar images can be viewed here on the Bureau of Meteorology's website.