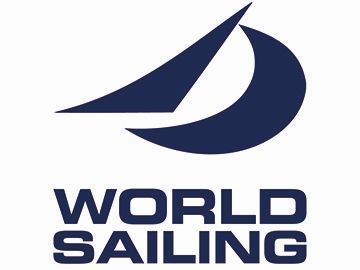 Equipment for the Paris 2024 was a hot topic in the Equipment Committee.

At the 2018 Mid-Year Meeting in London, Great Britain in May World Sailing's Council confirmed the five new Events for Paris 2024, following the confirmation of the five earlier this year, as:

They joined the following Events and their Equipment on the Paris 2024 slate:

World Sailing received submissions ahead of the Annual Conference proposing criteria and format for Paris 2024.

The committee debated the equipment and discussed numerous submissions and recommended the following submissions to Council:

Click here for a full update earlier this month.

The Development and Regions Committee reported on another busy 12-months of activities related to growth of the sport.

The Committee discussed remote coaching and the implementation of a portal that helps sailors worldwide. Given a GoPro, sailors from emerging nations will upload footage to a portal and their coach – with access anywhere around the world – will be able to review and offer them weekly feedback.

The importance of sharing information was also discussed and the committee will be looking to implement a connect to sailing portal that will allow new and emerging Member National Authorities to share resources and learn new techniques to implement nationally.

The 2018 Development Symposium was held in Auckland, New Zealand earlier this year and a decision was made to send the 2019 edition to Lake Balaton, Hungary.

Every four years, the Racing Rules of Sailing are published and the next edition will come into effect on 1 January 2021 and run through to 31 December 2024.

Leading rules experts form the Racing Rules Committee and it is their role to work in collaboration with experienced working parties drawn from the wider sport to recommend changes, amendments and new rules that impact the sport from the top to the bottom.

Dozens of submissions were put forward ahead of the conference covering the depth and breadth of the rules. Furthermore, submissions were received on Equipment Rules and the Case and Call Books.

Following changes in the Regulations in 2017, the Committee is now the primary decision-making body for the Racing Rules of Sailing and its decisions are final during the Conference (subject to a right of referral to Council).

In 2017, officiating at events with very fast boats such as the GC32 were discussed and the committee has done a great job at continuing the education process to ensure the safety of the sailors, the officials and making sure the right decisions are made in a fast paced environment.

Electronic officiating was discussed and the committee received a report on the use of technology at the Olympic Games and how it can support their decision making.

A conversation was also held between representatives of the athletes and coaches around removing or reducing the possibility of giving sailors redress at an event. Athlete and coach representatives were responsive to the idea of reducing redress and further work will be put into penalty guides and jury general policies to refine the direction.

Finally, the committee discussed the appointments and renewals of race officials and these will be published before the end of the Annual Conference.