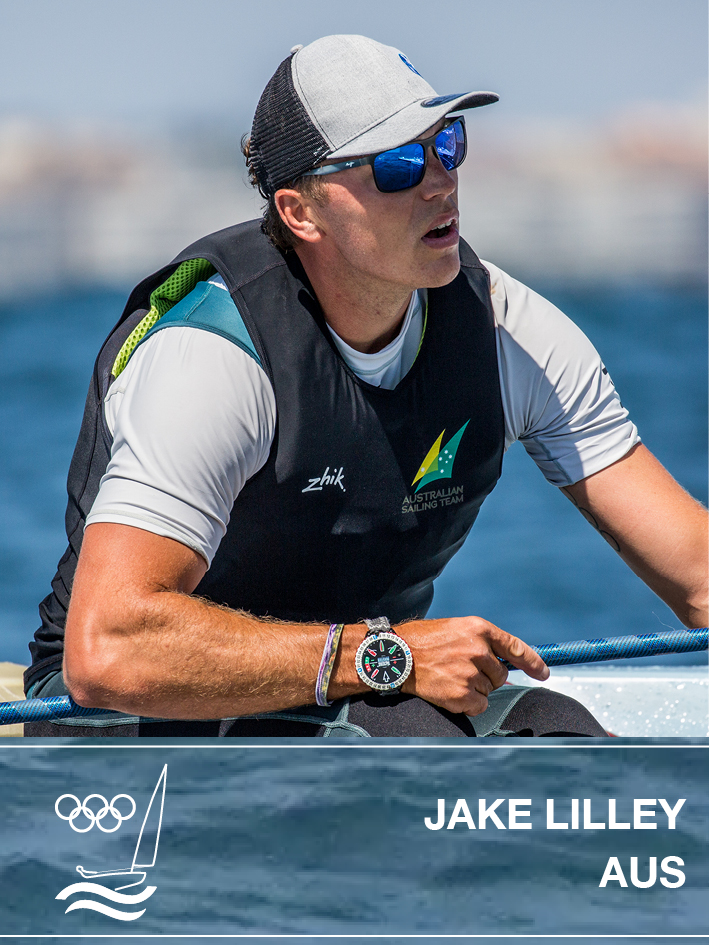 Australia will be behind Jake Lilley

An epic final battle is looming for the Finn class in Tokyo; all bets are off with one of the strongest line-ups of potential medalists in a generation, as the Finn class making its final appearance at Tokyo 2020 after it was dropped for 2024.

These titans of the sailing world have one last chance to win a Finn medal and it’s going to be a fight all the way.

The Finn has been gifted the smallest fleet at Tokyo 2020 for its last appearance at the Olympics, but it is one deep in both experience and youthful ambition. Based on recent performance, 14 sailors could be considered medal potential, with at least five certainly gold medal potential. However, this is the Olympics and the expected doesn’t always happen.

Eleven competed in Rio 2016, with only three competing in the Finn in London 2012. The only Olympic medals between them are Giles Scott’s Finn gold from Rio 2016 and Max Salminen’s Star gold from London 2012. There are also five former world champion and three former European Champions.

With three more sleeps until the first scheduled race, here is a quick run-down of the fleet.

ARG – Facundo Olezza
Second Olympics for Olezza after a ninth in Rio where he won two races. Has been near the front of the fleet since then, though a major win or medal has escaped him. Placed a lowly 14th and 15th at this year’s major championships.

AUS – Jake Lilley
After 16 months with no international competition due to COVID, Lilley picked up an eighth place at the 2021 Europeans and a seventh at the 2021 Finn Gold Cup. Tokyo will be his second Olympics after finishing eighth in Rio.

BRA – Jorge Zarif
Tokyo will be Zarif’s third Olympic appearance after a fourth on home waters in 2016 and a 20th in 2012. He became the only person to win the Finn Silver Cup and Finn Gold Cup in the same year in 2013.

CAN – Tom Ramshaw
After a lowly 21st in Rio, Ramshaw bounced back strongly with a string of top places including fifth at the Aarhus Sailing World Championship in 2018. Good at starting and closing out regattas, but sometimes inconsistent in the middle. Placed 27th in Gold Cup and 10th at Europeans.

ESP – Joan Cardona
Qualified for Tokyo at the incredibly tough and competitive 2021 Finn Gold Cup in Porto with a spectacular second place. A three-time U23 European Champion as well, he is one of sailing’s most exciting young talents and a definite contender for a medal. Will be the youngest in Tokyo.

GBR – Giles Scott
After dominating the quad into Rio 2016, his preparation for Tokyo has been more fragmented because of America’s Cup commitments. However, he is defending Olympic Champion, and has four Finn Gold Cups under his belt, and still the most successful sailor in the fleet.

GRE – Ioannis Mitakis
European champion way back in 2012, Mitakis picked up a ninth at the Europeans and a 12th at the Finn Gold Cup this year. Tokyo will be his third Olympics after 14th in London and 11th in Rio. Generally, has performed better in light winds.

HUN – Zsombor Berecz
One of the absolute favourites, he won his second European title this year and placed fourth at the Finn Gold Cup. Also won the test event in Tokyo in 2019 and the 2018 Finn Gold Cup. Rarely out of the medals in the last three years.

JPN – Kazu Segawa
After failing to win selection for Tokyo in the Laser, he switched to the Finn and trained hard through the pandemic. At the Japanese trials in May he won all 12 races to beat all the sailors who had trained for three years.

MEX – Juan Ignacio Perez
Coming into the class quite late in the quad, he won the place for Mexico at the North American continental qualifier in Miami in 2019. Has won races at minor events and yet to break into the top 10 internationally, but improving all the time.

NED – Nicholas Heiner
Former Laser World Champion who switched to the Finn in 2016. Since then, he has been pushing the front, but has yet to secure a major win, despite a string of medals, including second at the 2019 Gold Cup. One of the favourites for a medal.

NOR – Anders Pedersen
After some outstanding results over the years, Tokyo will be his second Olympics after a 17th in Rio. Capable of winning races, but finished a deep 20th and 26th at this year’s major events.

NZL – Josh Junior
Despite losing the 2021 Finn Gold Cup to Andy Maloney, the 2019 world champion was selected for Tokyo for his second Olympics, with Maloney as coach. Seventh in Rio 2016, he is undoubtedly one of the clear favourites based on recent performance.

RSA – Leo Davis
Took the African continental place at the 2021 Finn Gold Cup. Trained for rowing in Rio 2016 but wasn’t selected, then switched back to sailing. Sailed Finns on and off since 2009, with national success but little international competition.

SWE – Max Salminen
The 2017 World Champion has struggled with consistency of late, placing 17th in the Gold Cup and sixth in the Europeans. Tokyo will be his third Olympics after winning Star gold with Freddy Lööf in 2012 and a disappointing, for him, sixth place in Rio in the Finn.

TUR – Alican Kaynar
Third Olympics for Kaynar after a 13th in Rio and an 18th in London. Has been in the top group for the last four years, winning many races and regattas, and quite capable of medalling with a consistent week. Followed a fifth at the Europeans with a 21st at the Gold Cup

USA – Luke Muller
Since switching to the Finn in 2015 he has made steady progress, but made big gains over the past year leading to a sixth place at this year’s Finn Gold Cup. The youngest ever US Laser National champion in 2013, he could be the surprise package in Tokyo.

VEN – Andres Lage
Qualified at the South American Continental qualifier in Rio in March 2020. He had stopped sailing and took part in Ironman contests after moving to Spain, but then decided to try the Finn, receiving support from other sailors and the Finn development program,

For full results news, photos and more, go to: https://tokyo2020.sailing.org