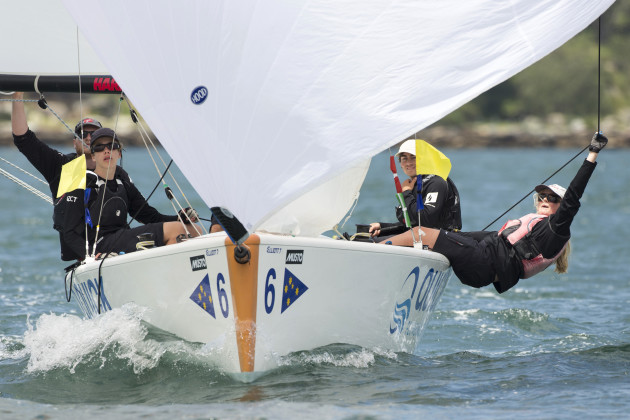 The Club Marine NSW Youth Match Racing Championship, will feature 10 teams from across the state and country and is a lead up event to the all-important Australian titles. The championship will take place at the CYCA on the weekend the 6th– 7th August.

Ten women’s teams will battle it out for the Marinassess Women’s Match Racing Regatta that takes place on Saturday 9th and Sunday 10th September. Each team consists of four to five female crew members and aims to consolidate their winter training skills in a regatta environment.

The final event for 2016 will once again be the Musto International Youth Match Racing Championship. This 5 day championship, from the 21st – 25th November will consist of up to 12 international teams. This year the club is applying to gain a Grade 2 status from World Sailing for this regatta. Further cementing its place as one of the leading youth match racing events in the world, the CYCA and the LBYC have struck up an exciting new partnership, resulting in the winner of the Musto International Youth Match Racing Championship now receiving an automatic entry into the prestigious Long Beach Yacht Club’s Grade 2 Ficker Cup in March 2017.

Ficker Cup Chairman Eric Dickson said about this new partnership, ‘We are very pleased to partner with the CYCA and their youth match racing event – the Musto International Youth Match Racing Championship in offering the winner of the event, an invitation to Long Beach Yacht Club's Ficker Cup Grade 2 match race event in 2017. We appreciate the efforts of the CYCA to encourage youth match racers to enter the world circuit and are happy to support their efforts!’

Recently appointed YSA Head Coach Jordan Reece who was instrumental in developing this new partnership said, ‘This new partnership between Long Beach Yacht Club and the CYCA will provide an exciting new pathway and fantastic opportunity for youth sailors to make the leap onto the professional sailing circuit. I have no doubt the Musto International Youth Match Racing Championship will now be on the top of every youth sailors list of events to compete in.’

The Ficker Cup is a qualifying event for the world’s leading monohull match racing event, The Congressional Cup, which in 2017 will celebrate their 53rd year. In 2017, the Ficker Cup will be contested on Long Beach Pier from 24th-26th March.

The Notice of Race for 2016/17 Youth Sailing Academy events are available on the CYCA website. Team’s interested in competing in these events can submit an expression of interest form located in each Notice of Race at www.cyca.com.au/youth.