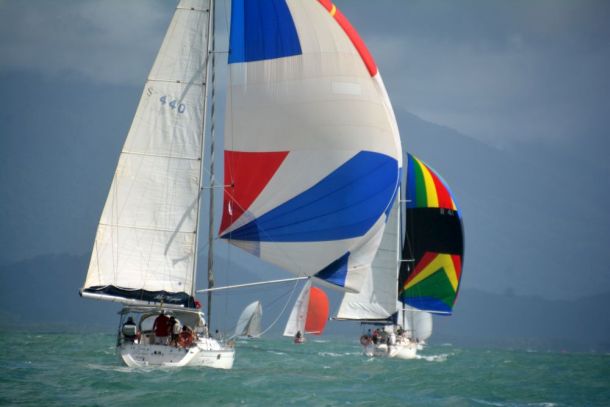 In 2015 Port Douglas Yacht Club rebranded its Clipper Cup Regatta to what is now becoming a major event on northern sailing calendars.

2017 sees the return of Quicksilver Group as a major sponsor of far northern sailing for the inaugural Quicksilver Port Douglas Race Week.

Entries opened on Monday January 16th and the build-up is now on heading to the start of racing on May 16th. The club has built strong regional support for the event with visiting yachts overwhelmingly outnumbering the locals. Strong contingents from Townsville and Cairns are once again expected this year with reports the visiting fleet will be even stronger.

With the visitors claiming the honours in all four divisions last year Port Douglas Yacht Club is hopeful of a fight back from its members in 2017. Racing the winds of paradise to once again claim a spot on the plaques that adorn the pedestal commemorating past and present winners of the famous Clipper Cup trophy.

For more details go to http://portdouglasraceweek.com.au