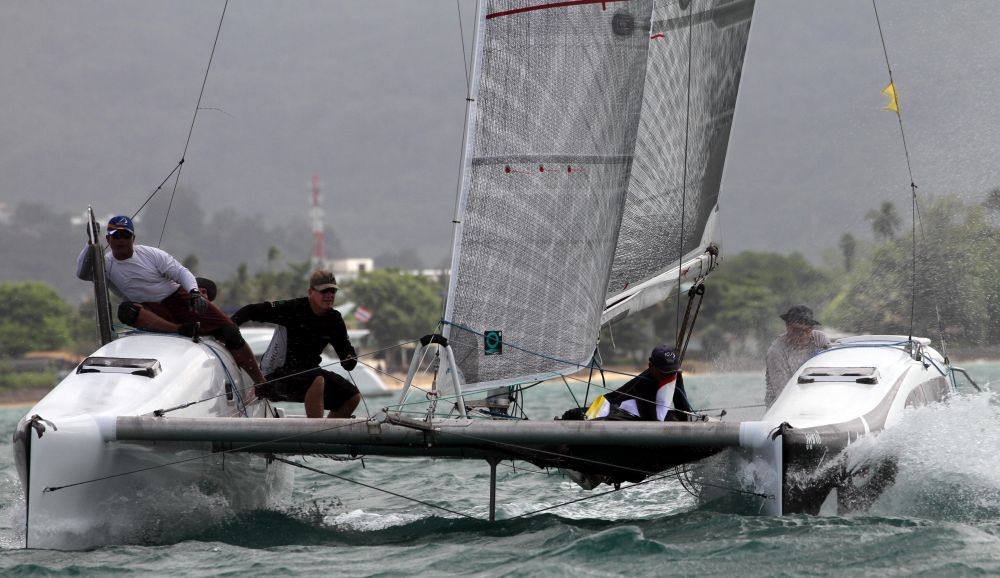 12/06/2018
PHUKET: More than 20 yachts and around 80 sailors are expected to compete in the 2018 Multihull Solutions Regatta, to be held on Chalong Bay on Phuket’s east coast from July 12-15, reports Phuket Yacht Club Commodore Scott Duncanson.

“Entries are already flowing in,” Mr Duncanson said. “This is the ninth running of the event and on the back of a surge in multihull popularity globally has grown to become Asia’s largest multihull-only Regatta.

“This regatta has become many a sailor’s ‘green season’ favourite [in Phuket] due to the more consistent southwesterly monsoon winds and cooler temperatures.

“With participants from Singapore, Japan, Australia and as far away as the United Kingdom its reputation as a truly international event continues to grow,” he added.

“The increasing popularity of multihull sailing is evident by the many local and offshore supporters including Phuket Boat Lagoon, Octopus Electrical, East Marine, Java Yachting and Corsair Marine,” he said.