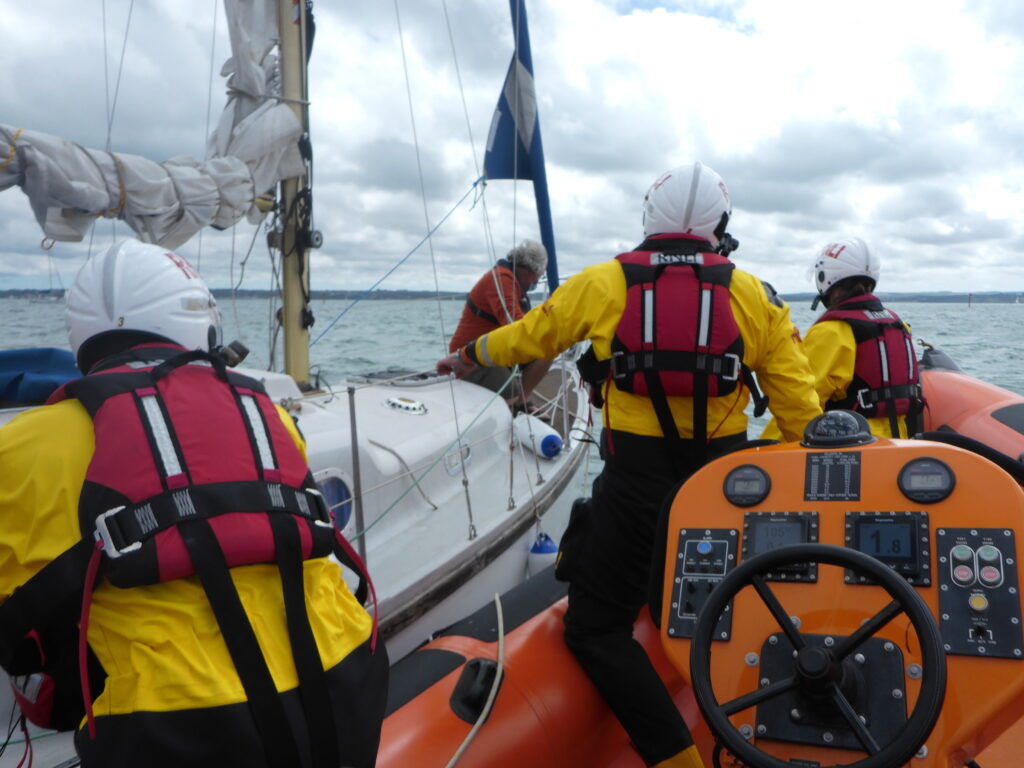 The Solent Coastguard called on the Cowes RNLI to aid a yacht in difficulties. The 25-foot yacht suffered engine failure close to the mouth of Beaulieu River.

The boat, which had then anchored, was towed by the lifeboat to Gins Farm on Beaulieu River.

It was a busy day for the crew, who had just abandoned the search for a missing jet-skier at lunch-time. The unmanned jet ski had been spotted by a passing tanker. After the jet-ski was recovered and examined there were definite clues that the driver had been separated from the machine while afloat. Despite the efforts of five lifeboats and searchers on the shore, no sign of the driver.