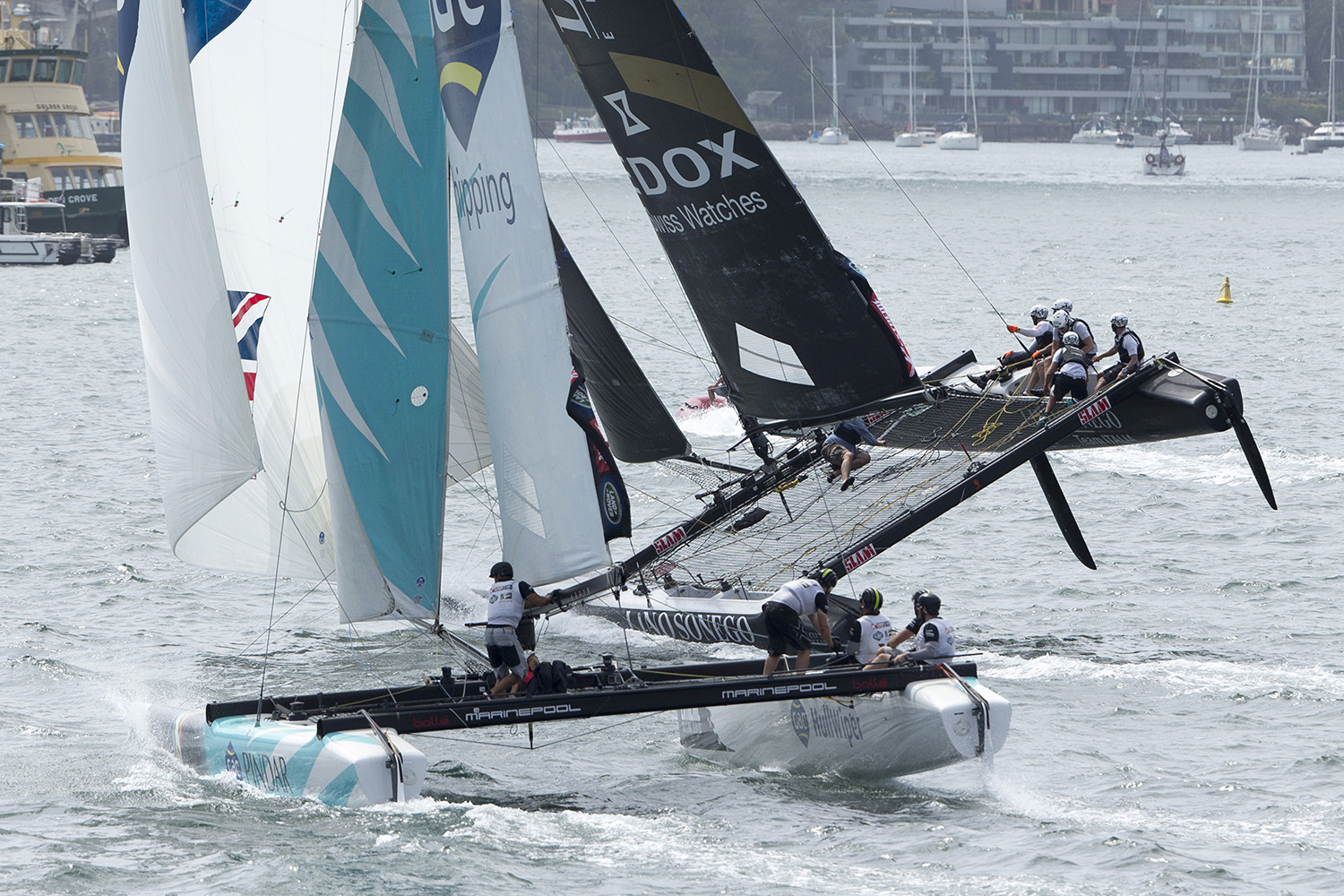 British multihull racer Leigh McMillan was officially crowned the most successful skipper in the nine-year history of the Extreme Sailing Series in Sydney today when he clinched an unprecedented third championship title.

McMillan and and his crew on The Wave, Muscat completed his hat-trick in superb style with yet another convincing Act win on a breezy Sydney Harbour and against the stunning backdrop of the Sydney Opera House in front of thousands of spectators who lined the waterfront.

“We live for days like today, it was absolutely awesome,” said an elated McMillan after picking up the Land Rover Above an Beyond Award for man of the match. “It means so much to me, I just feel so chuffed about the way it’s gone. Sailing with the team and building those relationships has been incredible.”

The key to The Wave, Muscat’s success not only lies in McMillan’s experience on the helm but in the consistent performance of his outstanding crew.

With the Act and 2015 Series crown decided by mid-afternoon, the battle raged for the remaining podium positions.

Second-placed SAP Extreme Sailing Team almost lost it all to Red Bull Sailing Team in the closing moments of the final, double-points race, after a collision with Gazprom Team Russia disabled the Danish team’s steering system knocking them out of the race.

Having worked hard all week, their second place in Sydney – and more importantly the coveted runner’s-up spot on the 2015 Series leaderboard – was at stake.

The Danish co-skippers Rasmus Kostner and Jes Gram Hansen could do nothing but watch as Red Bull Sailing Team raced on, taking as many valuable points as possible from the Danes.

However, despite a gallant effort from Red Bull Sailing Team, third place in the final race just wasn’t enough for helm Roman Hagara to bridge the points gap and the Austrian team finish in Sydney and the 2015 Series podium in third.

“It was horrible,” explained a relieved Gram-Hansen. “Just after the collision we didn’t know how it would go with the points. But to finally get the result we wanted after all our hard work feels fantastic. We are so proud of the journey we have been on over four years with SAP, starting as rookies and now second on the circuit is just fantastic.”

Sydney Harbour produced superb conditions for racing this week and today was no exception, with a number of near-misses and with GAC Pindar, Lino Sonego Team Italia and Oman Air all coming close to capsizing, much to the delight of the crowds watching from Mrs Macquaries Point.

Leading the chasing pack in Sydney, Oman Air, Team Turx and Gazprom Team Russia finished the Act in fourth, fifth and sixth respectively. But perhaps the biggest cheers of the week went to the final three boats, Lino Sonego Team Italia, GAC Pindar and Australian wild card team 33 South Racing, as they hurtled around the racetrack.

The Sydney Act and the end of the 2015 season sees the Extreme Sailing Series bid a fond farewell to the Extreme 40 catamarans as Series originators and organisers OC Sport usher in a new era with the GC23 hydro-foiling catamaran as the weapon of choice from the start of 2016.

Over the last nine years the Series has seen millions of spectators and thousands of VIP guests watch the racing from the shore. In 2016 the Extreme Sailing Series is set to continue to break new ground and innovate as it brings cutting edge foiling boats into its unique city-centre Stadium Racing settings.