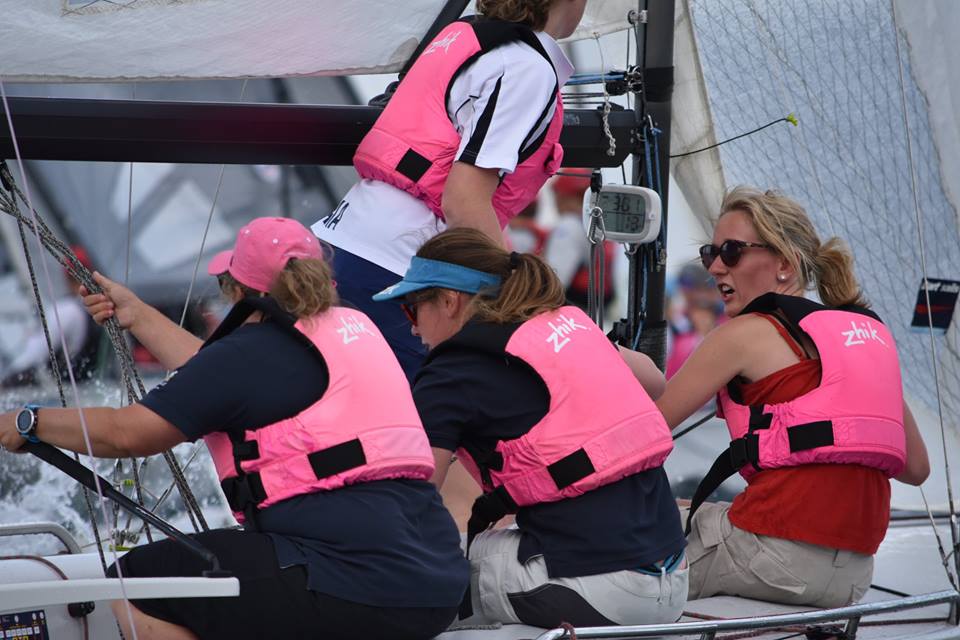 From a sedate 10 knots, the westerly howled down from Mount Wellington at 26 knots plus, gusting up to 41 knots, with 50 knots recorded ashore at the Derwent Sailing Squadron.

Many boats, including bigger yachts competing in the DSS /RYCT social twilight racing, were knocked flat by the vicious ‘squirts’ hurtling off the mountain.

Two boats had to be towed into the shelter of King Pier after the race as gusts hit 50 knots.

Australian SB20 association president Steve Catchpool fell overboard from Hypertronics, but managed to climb back aboard. David Graney broke his pole on Wedgewood but still managed a seventh and second overall.

However, only two of the 23 starters retired, including Blue Gull (Scott Glanville) with a broken rudder. Other boats ripped sails.

In the twilight fleet, one yacht was dismasted, others retiring as the westerly, against an incoming tide, kicked up steep, short waves.

The win, Porco Rosso’s second of the pre-Christmas summer series, underlined Noye and crew’s strong prospects for the nationals, although competition will be fierce, judging by racing in the summer pennants.

Noye won the final race by just 22 seconds from Rob Gough, helming Difficult Woman, with another 19 seconds to The Honey Badger (Paul Burnell).

The Honey Badger (Paul Burnell) clinched third place overall on with a third place in the final race, finishing with 48 points.

World championship runner-up Michael Cooper in Export Roo competed in only one pennant race but will be a strong contender in the nationals.