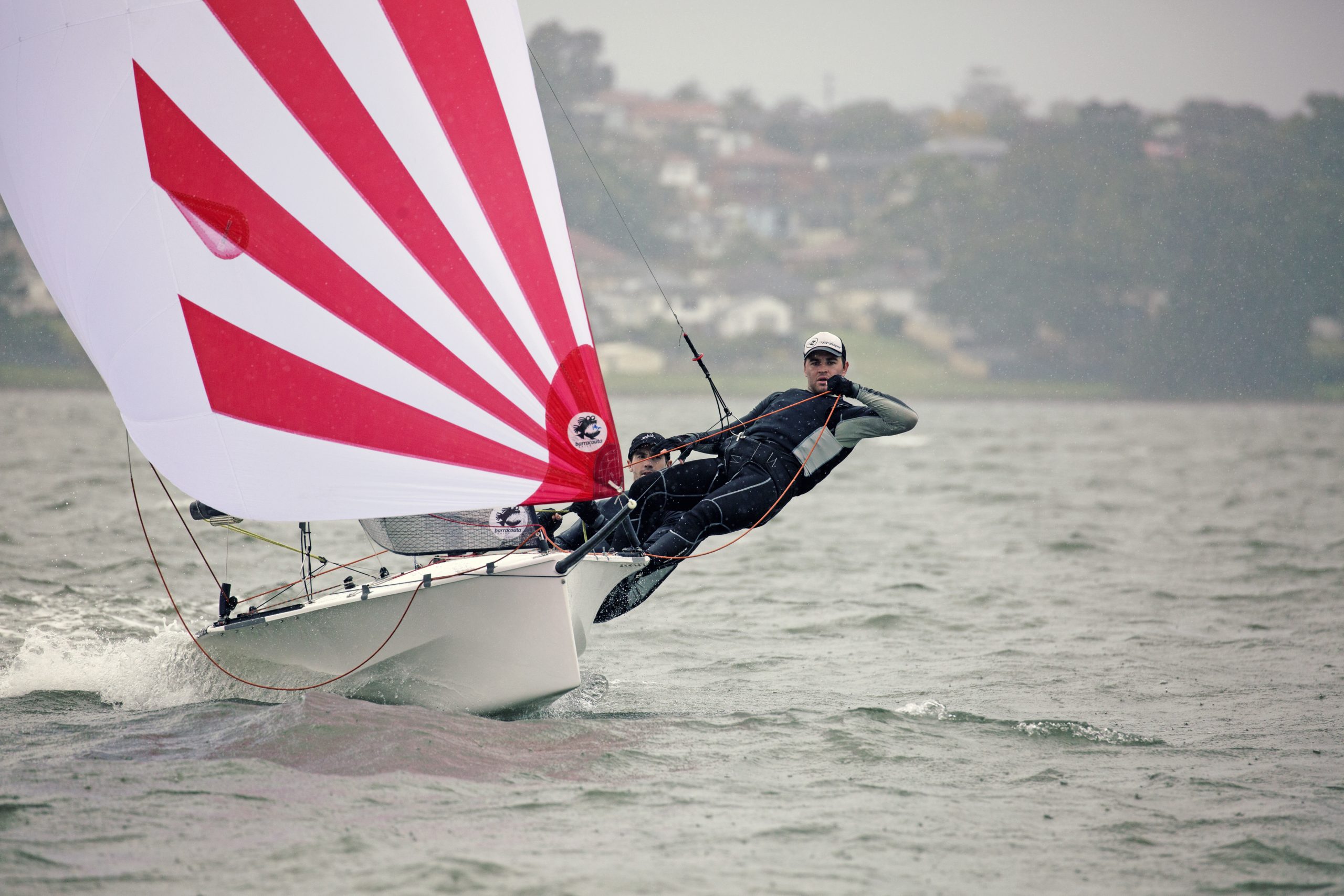 The 2015/2016 Compass Global Markets MG14 Australian Championship were held at Illawarra Yacht Club in early January 2016. The fleet of 34 boats from 12 different clubs enjoyed a range conditions with some close and interesting racing.

Tempest sailed by Bryce Edwards and Rory Cox from St George Sailing Club were crowned the 2015/2016 Australian Champions after sailing a superb regatta. Edwards & Cox won 5 of the 8 races over the 5 day series to take out the title without having to sail the last two heats. This luxury came in handy after they broke their mast on the second last day of the regatta when a 40kt Southerly front hit the fleet. Second on 11 points was Einhorn sailed by current NSW State Champion Greg Junk & Luke Johnson from St George Sailing Club. Third place went to Drew Van Ryn and Josh Linnegar aboard Aqua Pest from Cronulla Sailing Club.

The MG14 Association would like to thank all the volunteers from the Illawarra Yacht Club along with the generous support of our regatta sponsors, Compass Global Markets, Dimension-Polyant Sailcloth, Barracouta Sails and SailingBits.com. For more information please visit www.mg14.com