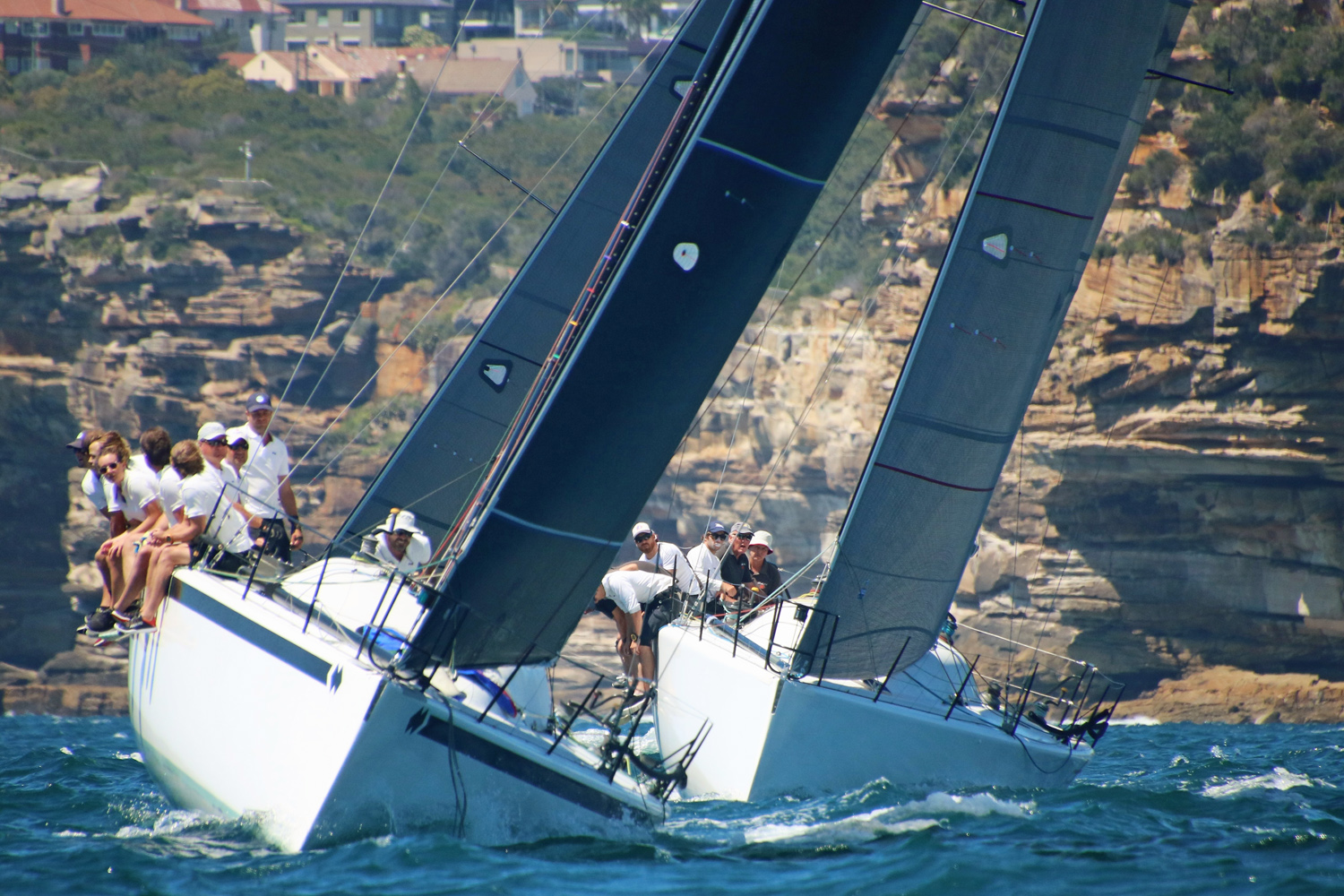 Two consecutive pointscore wins gives owner Jeff Carter some confidence rolling towards the season climax, but he’s well aware that facing the full complement of 10 boats reduces the odds of a trifecta for the longstanding Sydney crew.

Over eight races on Sydney Harbour in 12 knot nor’easters on Saturday and up to 20 knots on Sunday January 21, Carter and his crew finished the MHYC series seven points clear of Rob Pitts’ Melbourne boat Double Black, with guest tactician Joe Turner fulfilling the pressure-cooker role.

“As always it was very tight racing, and the crew work and getting off the start line was the key to success for the entire regatta, plus picking up the occasional shift today,” Carter said. “Sometimes you had to hang in there even though it looked bad at times, until the breeze came back to your quadrant.

“It was a great weekend; you don’t get much better than 12 knots for most of day one and scores for us of 1,2,2,1 then today the conditions built a bit quicker, 18-20 knots for the last two races. It was terrific that Sam Hill won the last race, by a mile. They had Bobby Wilmot on board so they weren’t short of talent,” the victor added.

Pitts, in second, said having a few crew away at the Australian Yachting Championship on Port Phillip gave the owners a chance to test new people. “The clash worked fine for us. Conditions were amazing on the Sunday, plenty of sunshine, moderate nor’easters and really flat water. It was so competitive out there.”

Third was the class president Gordon Ketelbey helming Zen. “There’s been a lot of good camaraderie over the season, a few argy bargy calls but I don’t think there’s been a single protest,” he said. “As usual this weekend was super competitive; one sneeze and you may as well pack your bags and go home.”

Sam Hill played an integral role in reinvigorating the class a few years ago and this weekend he made his Farr 40 return at the helm of Forty, the crew pulling off a bullet in the final race.

The one design fleet is working towards their state and national titles, which signal the end of the 2017-18 racing season. The NSW State Title will be hosted by MHYC over two days, February 3-4, then a month later the final non-pointscore hit-out at MHYC’s Sydney Harbour Regatta before the finale, the Australian championship.

The Royal Sydney Yacht Squadron is the traditional home of the class’ pinnacle event and this year the National Championship: John Calvert-Jones Trophy will be staged over three days, March 17-19 to fit in with the Property Industry Foundation Charity Regatta on the Friday.