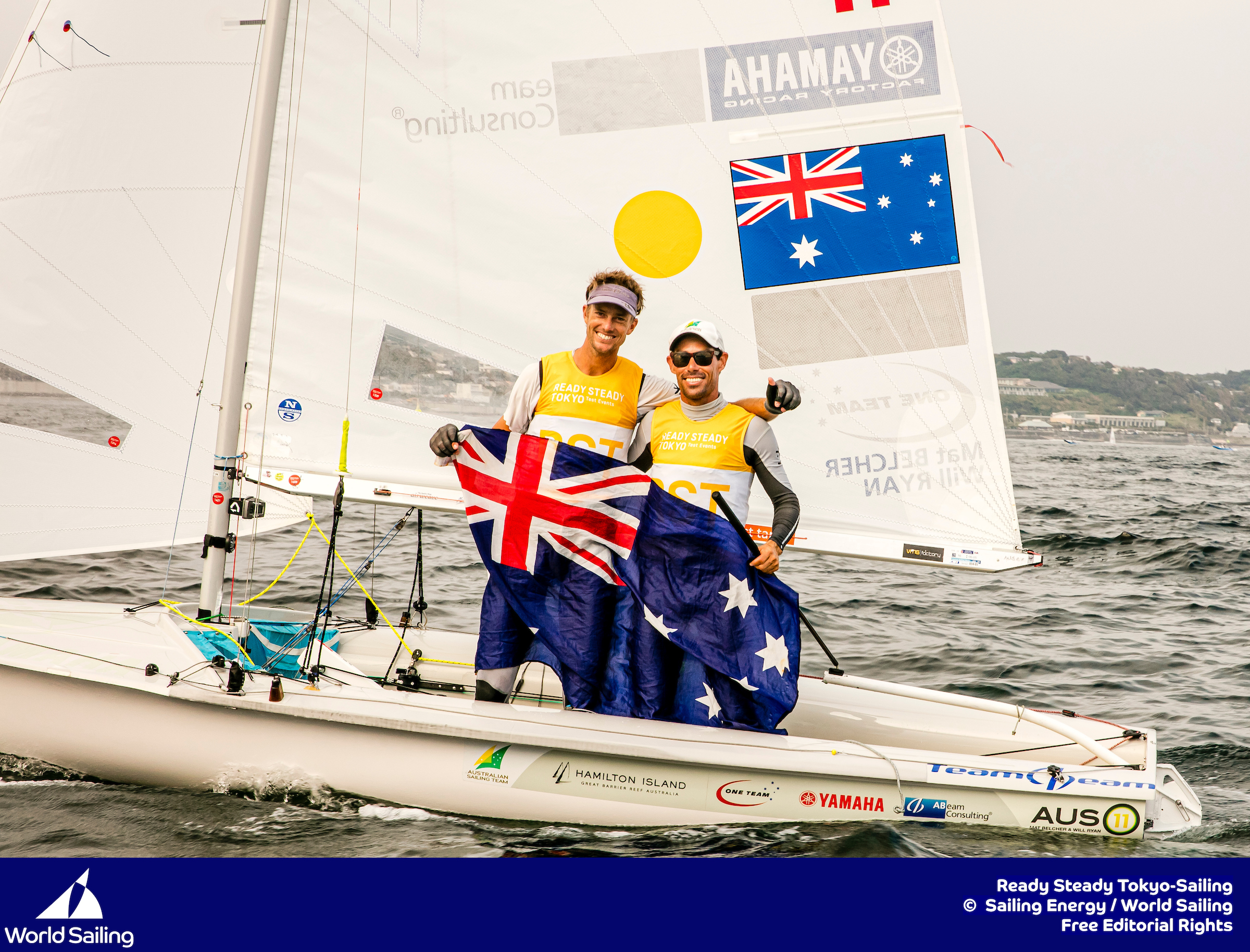 Two 470 pairings have dominated the top honours at this year’s Australian Sailing Awards, held at a gala dinner at Sydney’s Sofitel Hotel tonight.

Both teams had an excellent year, with Belcher & Ryan remaining World Number One throughout the entire nomination period. The two pairs dominated their class internationally, as they claimed the 470 World Championships, Ready Steady Tokyo Olympic Test Event and the World Cup Series events in Marseilles and Enoshima.

As a result of their stellar year, they have also been nominated for the 2019 Rolex World Sailor of the Year Award. The public will be able to cast their vote on the winner of the Award from Tuesday 22 October here.

For Fremantle Sailing Club’s Jerwood & de Vries, the last 12 months has been their best to date as they qualified Australia a place at the 2020 Olympic Games in the Women’s 470 class. The young team finished 9th place overall at the 470 World Championships and backed this up at the World Cup Series with an impressive second place.

In a great sign for the future of sailing, the Youth Sailor of the Year category was hotly contested with three Youth World Championship medalists amongst the finalists. It was another team of two coming out on top, with the New South Wales combo of Will Cooley and Rebecca Hancock taking out this year’s title.

Wynyard Yacht Club stalwart Chris Symonds was crowned 2019 Sailor of the Year with a Disability after stringing an impressive run of results that included 1st place at the Hansa 303 Para World Championships.

Newcastle Cruising Yacht Club had an excellent night, claiming Club of the Year and the inaugural SheSails Award through members Jan Howard and Mary Holley.

Newcastle Cruising Yacht Club were rewarded for 11 percent growth in membership over the past 12 months and other great achievements such as a 107% increase in its Youth Keelboat Program in 2018-19, their coaching programs expanding to three tiers and the club increased the number of girls in the Squad program from zero to 10.

Howard and Holley with strong support of the Newcastle Cruising Yacht Club, created “SHESAILS@NCYC” in 2017 where it quickly grew and became well-known in the Newcastle region. In a true testament to the success of the program, Australian Sailing officially adopted the brand and logo that has now even attracted Hamilton Island as the Major Partner of the program.

Male Sailor of the Year
Mat Belcher OAM and Will Ryan

Sailor of the Year with a disability
Chris Symonds

Youth Sailor of the Year
Will Cooley and Bec Hancock

Offshore Sailor of the Year
Matt Allen AM

Official of the Year
Richard Slater

Coach of the Year
Michael Blackburn

Instructor of the Year
Brett Yardley