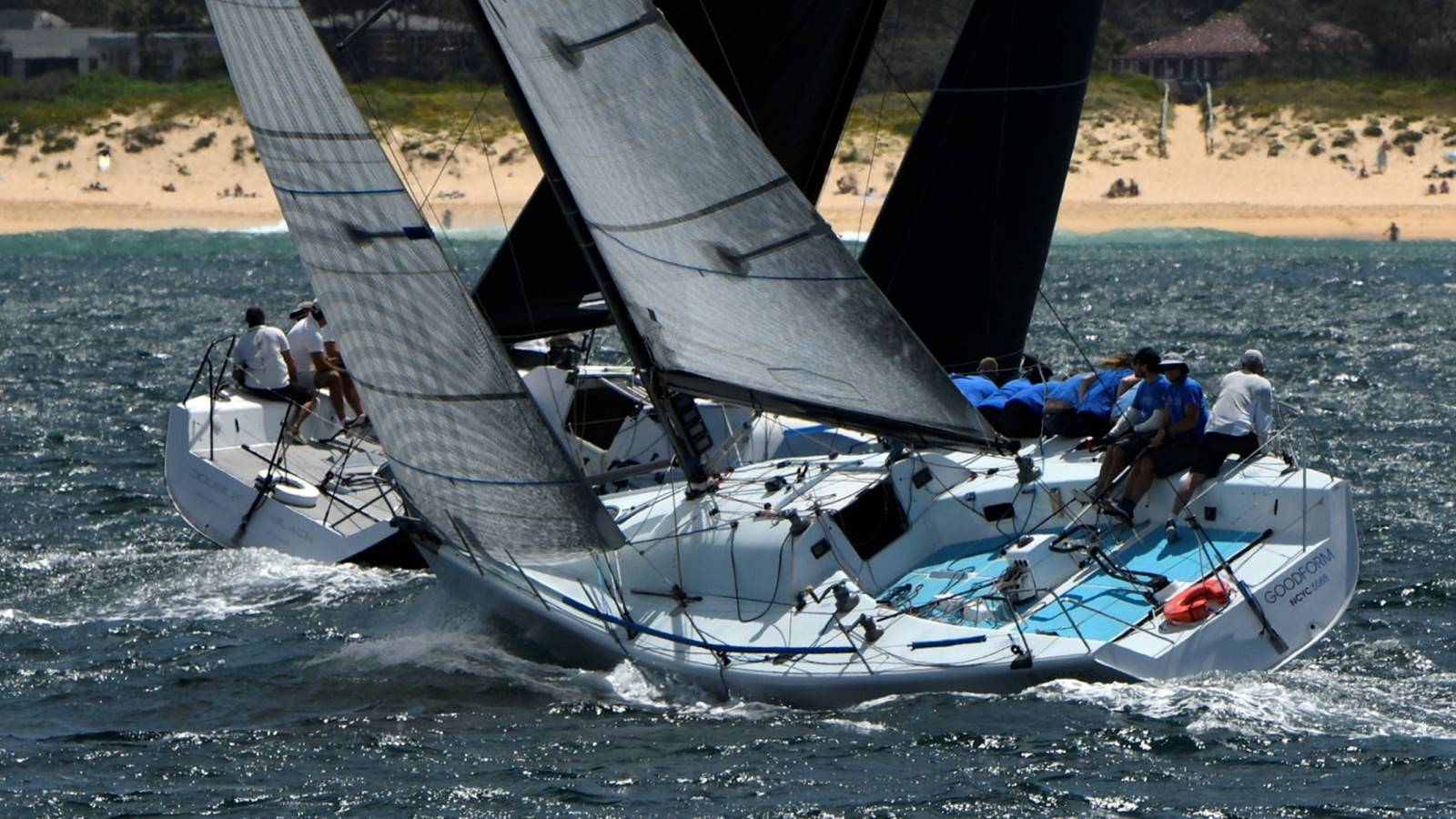 With just one point separating the top four boats, Farr 40 sailing has never been closer, but it is Tom Quick’s Outlaw that is regatta leader at the end of day one of the first point score regatta of the season.

PRO, Phil Yeomans, sent the fleet offshore for three quick races before the breeze kicked in and exceeded the Class maximum wind speed of 25 knots.

“We had a nice gusty westerly of about 15-20 knots, but as predicted, the breeze really kicked in at the end of race three, so we called it a day and headed back to MHYC for an early dock party.” Yeomans said.

“It was an extremely shifty day, so it’s great to come away being in the lead. It was the first time on our boat for guest tactician, Tom Burton, and he did a terrific job. We had four crew changes for this regatta, so I’m really happy to be top of the leaderboard, even if only by a whisker.” Quick said.

Midcoast Boatyard & Marine owner and Newcastle local, Joe de Kock, has always expressed his preference to sail offshore and today the Good Form crew were on fire scoring a fourth, followed by a third, and finished the day off with a win. It placed them in third place overall, just one point behind regatta leader, Outlaw.

Steve McConaghy was missing from the Farr 40 scene last season, however, returned today as main trimmer on Double Black. Although McConaghy spends most of his time in Asia these days, he is enjoying being back in Australia and sailing with owner, Rob Pitts.

“Eighteen months ago I started coaching at Noahs Sailing Club, based in Dongshan in China,” he explained. I was at the China Coast Race Week recently when my manager asked me to go to Australia. It was funny, because I was wondering whether there might be a Farr 40 regatta on, and within half an hour of this thought, Billy Idle (Double Black team manager) called me and offered me a spot.”

Double Black had a great day on the water scoring 2.4.2. A win was in their sights for the last race before things went pear-shaped.

“We had a bad rounding because the jib came out of the foil and it took a few minutes to get it back into the foil,” McConaghy continued. “It was a bit of a disaster and we were forced to go left, when everyone went right.

“Fortunately, there was big left shift and we had a clear lead. Then the breeze hit hard and the kicker blew out of the cleat and the spinnaker pole skied into the air. We had a massive wipeout but we recovered and got second.”

The scores are tight and tomorrows racing will commence at 11am inside Sydney Harbour with up to four races.