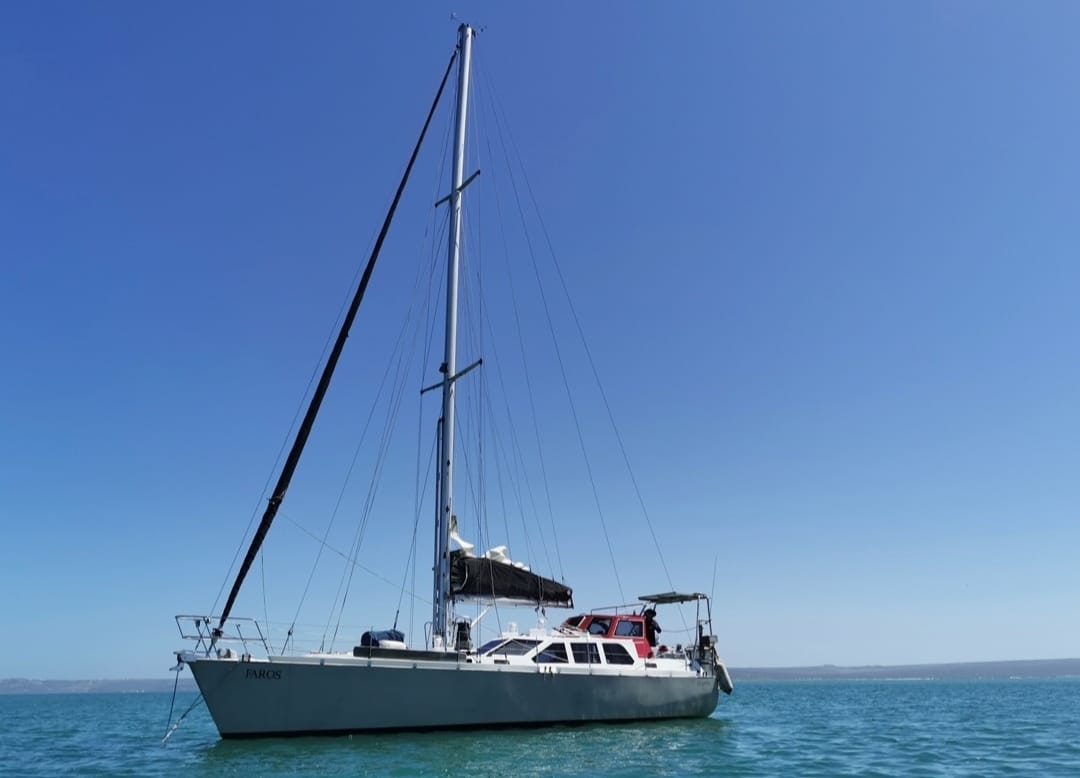 With nine months to the start of the 2023 Cape to Rio race, the entries are starting to mount up and the race organisers confirmed that there are still a number of boats who are finalising plans and possible entries.

Faros, a 43ft Dudley Dix, will be skippered by Alex ‘Lexi’ Mamacos who is well known to Royal Cape Yacht Club members. Lexi is one of the sailing instructors at the Good Hope Sailing Academy and was instrumental in getting the first group of black Academy instructors through their skippers and instructor courses.

Her introduction to the ocean started with a holiday house on Langebaan lagoon.  “We had a tender called The Pram, that had a mast, a dagger board and a rudder. It went sideways more than it went forward, but I had a lot of fun fooling around on it and that’s how I learnt to sail.”

Lexi holds a SAS Yachtmaster Offshore as well as a SAMSA Commercial skippers license and comes with a wealth of offshore sailing. She has sailed double-handed from Cape Town to Reunion on a Gib’sea 44 and she is no stranger to the Cape to Rio race. Lexi crewed on Windgat in the 2014 edition and was part of the delivery team that brought Northern Light back after the 2020 race. The 2023 race will be her first as skipper.

She has been dreaming about doing the Cape2Rio race on her own boat for many years and in reality, has been prepping for about five years in anticipation of doing the Cape to Rio 2023. Her dreams actually stretch far beyond Rio though. Lexi will be using the race as a launching pad to continue cruising afterwards. With the start still nine months away, she is well aware that things can still change and hence she has a pool of crew available from which the final four will be selected closer to race time.