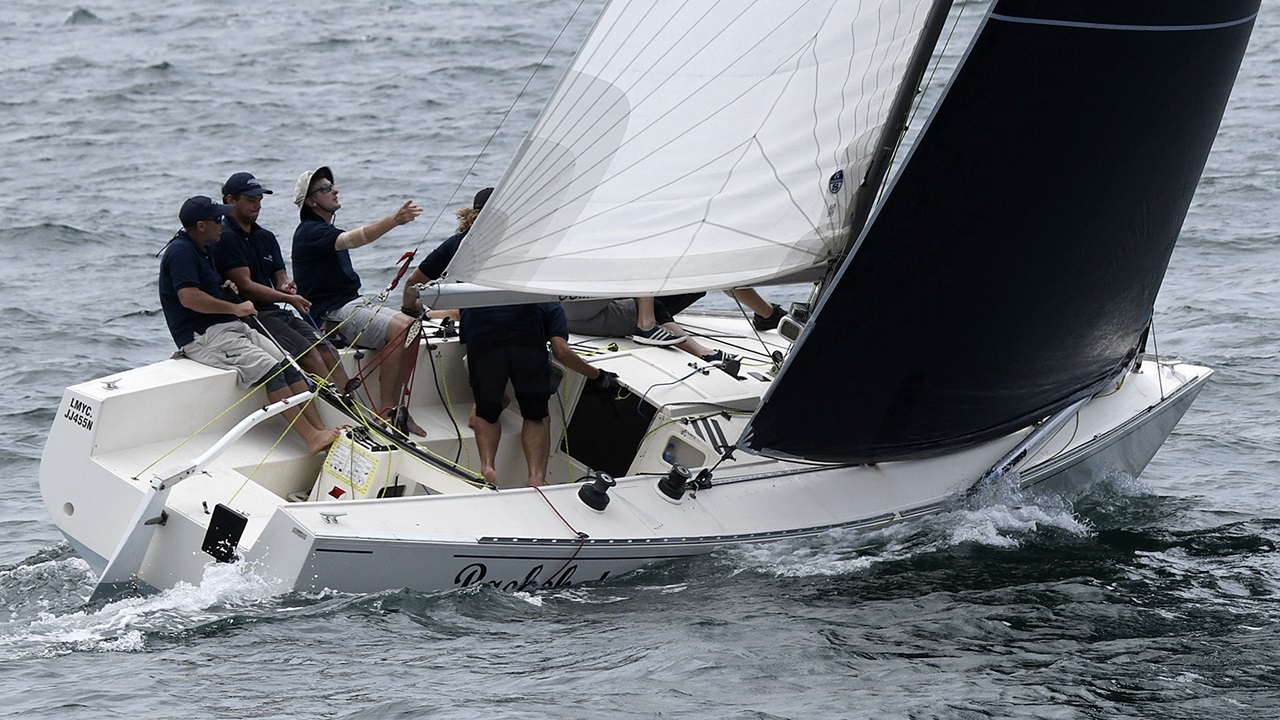 Tom Braidwood and the crew of Backchat are the new Adams 10 Australian Champions today, dramatically turning the tables on Powderhulk, the team which has topped the results table for the past two days.

Two races were held in 10-12 knots of north-easterly today with the track once again set between the Sow & Pigs and North Head. Race Officer Phil Yeomans sent the fleet off on their penultimate race at 12.45 under Black Flag following a General Recall.

The final race was not a good one for the Powderhulk crew, making a poor start and having difficulty with their spinnaker drop at the gate mark to move back three more places. Backchat, on the other hand, sailed a perfect race, getting a clear start at the pin end and overtaking Kick ‘n Chase on the first downwind leg. At the finish line, Backchat held a one minute lead over Kick ‘n Chase and Another Dilemma.

Backchat was the dark horse from early in the regatta. With a 10th place to kick off Braidwood’s Championship, they were nowhere near the top of the leader-board until the drop came in to play after Race 5.

Braidwood and his crew, including Michael Coxon from North Sails, scored nothing worse than a fourth for the remaining six races and ended the series with three wins to secure the Australian Championship.

At the conclusion of racing today, Backchat claimed the Australian Championship with a series score of 14 points ahead of Let Loose on 16pts and Kick ‘n Chase with 17pts. Kick ‘n Chase was the winner on PHS and Mad Max won the Wooden Seat Trophy.

“This is out third year in the Adams 10 and our third Nationals,” said winning skipper Tom Braidwood who raced with a crew of experienced sailors from Lake Macquarie, Sydney and one Kiwi.

“In the first race today we went the wrong way on the first beat and then it was just a matter of clawing back places. But in the final race, we had a great start and managed to get past Rob Clarke before the leeward gate,” said the new National champion.