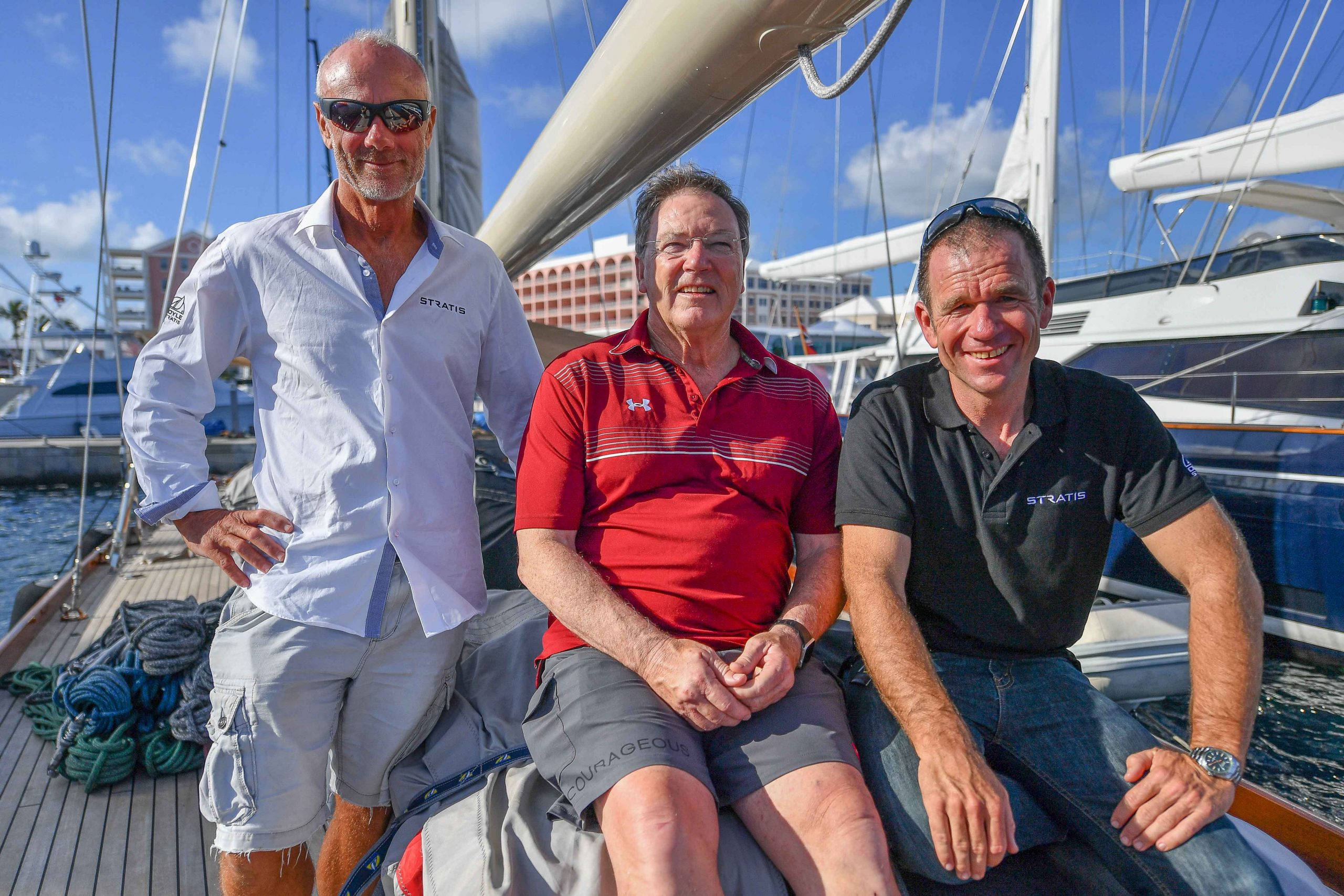 Doyle Sails announced today their next bold move to drive the Doyle business forward. The leadership team headed by Mike Sanderson and supported by David Duff and Richard Bouzaid from Doyle Sails New Zealand formally announced their ownership of Doyle International, as well as having taken a controlling interest in the Doyle Salem loft and Doyle Sails Europe (UK), all effective from 1st July 2017.

As the Doyle brand has continued to develop, the new owners have seen an opportunity to drive the business to new levels of strategic growth. Since the invention of the Stratis membrane technology, the Directors of Doyle Sails New Zealand have been inspired to relentlessly innovate and evolve. This group feels that the time is right to branch out from Doyle Sails New Zealand to a more unified global one-brand approach. Unity will be the greatest weapon in defining the future of the Doyle brand.

The name Mike Sanderson will be familiar to anyone with an interest in yacht racing. Mike is a two time Volvo Ocean Race winner, veteran of three America's Cup campaigns and was ISAF Rolex World Sailor of the Year in 2006. Mike also has extensive superyacht experience including taking the transatlantic monohull record on Mari Cha IV. Mike has brought with him to Doyle a wealth of experience having been involved in the technical side of sail programmes and as part of the design and build teams. He has used his particular skills and experience to increase Doyle Sails New Zealand's profile in the Grand Prix sailboat market.

Mike Sanderson, CEO of Doyle International, defined his vision for the future: “We are a group of like-minded, passionate individuals and we are looking to maximize the potential of the Doyle Group and the individuals within it. Our sport and marketplace is going through exciting and fast-paced change and we are in a perfect position to build on the strong foundation of the Doyle brand whilst moving forward in a new direction to meet the changing needs of our customers. Today’s announcement marks the start of a new era, this new strategic direction has been under development for some time and we are all very excited about the potential ahead of us.”

Robbie Doyle, Founder of Doyle Sails, continues with his primary focus on managing superyacht and special projects, sharing his skills and experience to continue to grow Doyle’s international business. He added his views around today’s announcement: “I founded Doyle Sails back in 1982 and since then it has grown to 80 lofts around the world. Design and performance have always been our strengths but above all else it is the people behind the brand that have made it a success. I have been working closely with Mike Sanderson and the team at Doyle Sails New Zealand for some years now and I feel certain that we have the right team to grow and develop the Doyle brand – the future is exciting!”

The new age of Doyle will bring together all team forces to reach a common goal of global efficiency whilst keeping the important touch of local attention. However, it remains fundamental to the New Zealand team that the core values and reputation that have been built over the last 34 years under the direction of Robbie Doyle remain strong through this transition. The leadership team across all levels of the organisation will ensure that the brand evolves with the rapidly changing market.

David Duff: “I’m really excited about the potential and impact that taking the unity of the Doyle Group to the next level has to offer. We have the product in Stratis and we have the people and lofts strategically placed around the world to service the key markets. Getting us all singing off the same song sheet is only going to make us even stronger as a group to take on our competitors and grow the Doyle brand across all markets.”

Richard Bouzaid: “It is certainly exciting times within our industry with our sport evolving so fast and a lot of exciting changes taking place – it’s great to have such a strong and motivated team to take on this new challenge for Doyle NZ and the Doyle Group as a whole.”

Doyle International also announced the new roles of Jez Fanstone as Corporate Manager and Terry Nicholas as Business Development/Chief Financial Officer. Doyle International (the Brand) will be managed by Jez Fanstone and Terry Nicholas together. This is the first time the group has invested in such centralised management support roles – bringing in these experienced professionals who will focus entirely on the management and development of the overall Doyle brand will deliver benefits to the entire loft network, the customers and the business as a whole.

Jez is a past Volvo Ocean Race skipper, sailmaker, Olympic coach and Team Director and he added his thoughts on today’s announcement:

“I am excited about the challenges and opportunities ahead for the group. In my last role with the New Zealand sailing team, I managed a group of high performance individual Olympic sailing campaigns and stakeholders that worked together around a common goal with outstanding success at the Rio Olympics. I’m looking forward to using the lessons that I learnt there and my other roles in the yachting world, to support our loft network and to work with our global partners to meet the evolving needs of the yachting market.”

Terry Nicholas is a Chartered Accountant and Business Development specialist. He has acted as Group CFO for Doyle Sails NZ during its transformation over the last five years. He has a background in Olympic sailing and Olympic programme management. Terry rounded up the news with his thoughts:

“The consolidation of the Doyle and Stratis brands, coupled with additional support for the loft network is an important step in our long term strategy which will ensure the continued growth across the entire Doyle Group.”