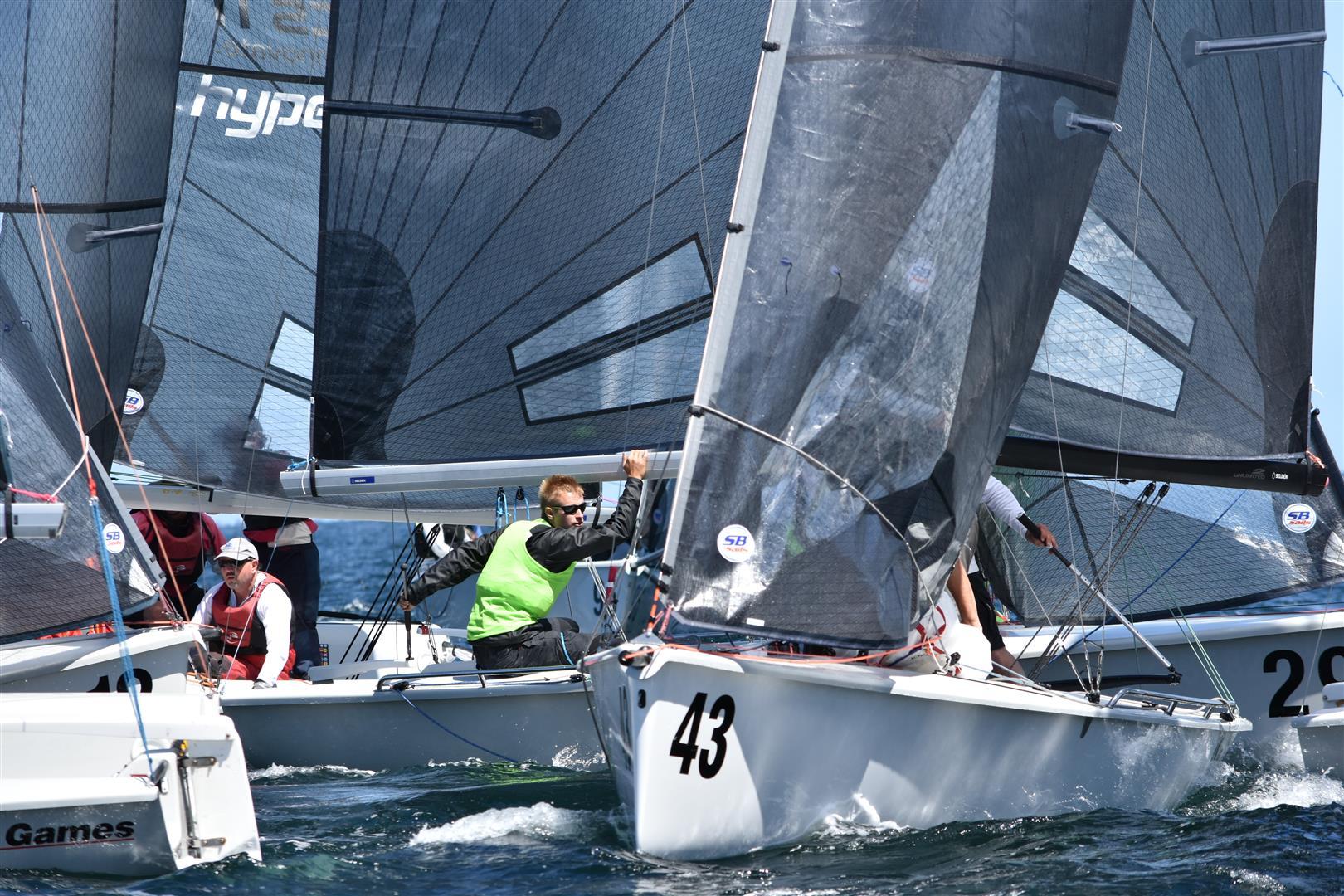 Tasmanian sailor Michael Cooper has fought back in his bid to win the 2018 SB20 World championship, but the competition is fierce with two French and a British boat his rivals for victory on the Derwent today (Thursday)

After races nine and ten yesteday, Cooper has recovered his standing to be just six points behind the young Frenchman Robin Follin, but only one point ahead of another French sailor, Achille Nebout. And the British sailor Richard Powell is only five points further down the leaderboard. with Australian champion skipper Brett Cooper an outside chance for a podium finish.

Overall standings changed during the two races sailed in moderate breezes on the Derwent today, and with the two discard rule coming into effect after ten races there were some significant changes in standings.

Michael Cooper, sailing Export Roo, was able to discard his 32nd place in race eight to his earlier UFD disqualification and, with a sixth and a ninth today, has lifted from sixth to second overall on a net 40 points.

Outstanding performer of the day, however, was Robin Follin and his crew of Give Me 5 – French Youth Team, who finished ninth in race nine and then scored a brilliant win in race ten.

Third in overall standings going into the final day or two scheduled races is another French yacht, the consistently well sailed La Grand Reservoir/Mazet & Associase. Skipper Achille Nebout placed third and fourth today and is on a net 41 points.

Today’s other winner was the British boat Marvel, taking out race nine, followed by a third in race 10. However, Marvel’s consistent places did little to improve its overall status after the discards and the GBR boat is still fourth overall on a net 46 points.

Tasmanian boats fill eight of the first 13 places overall, underlining the depth of talent in the local River Derwent fleet.