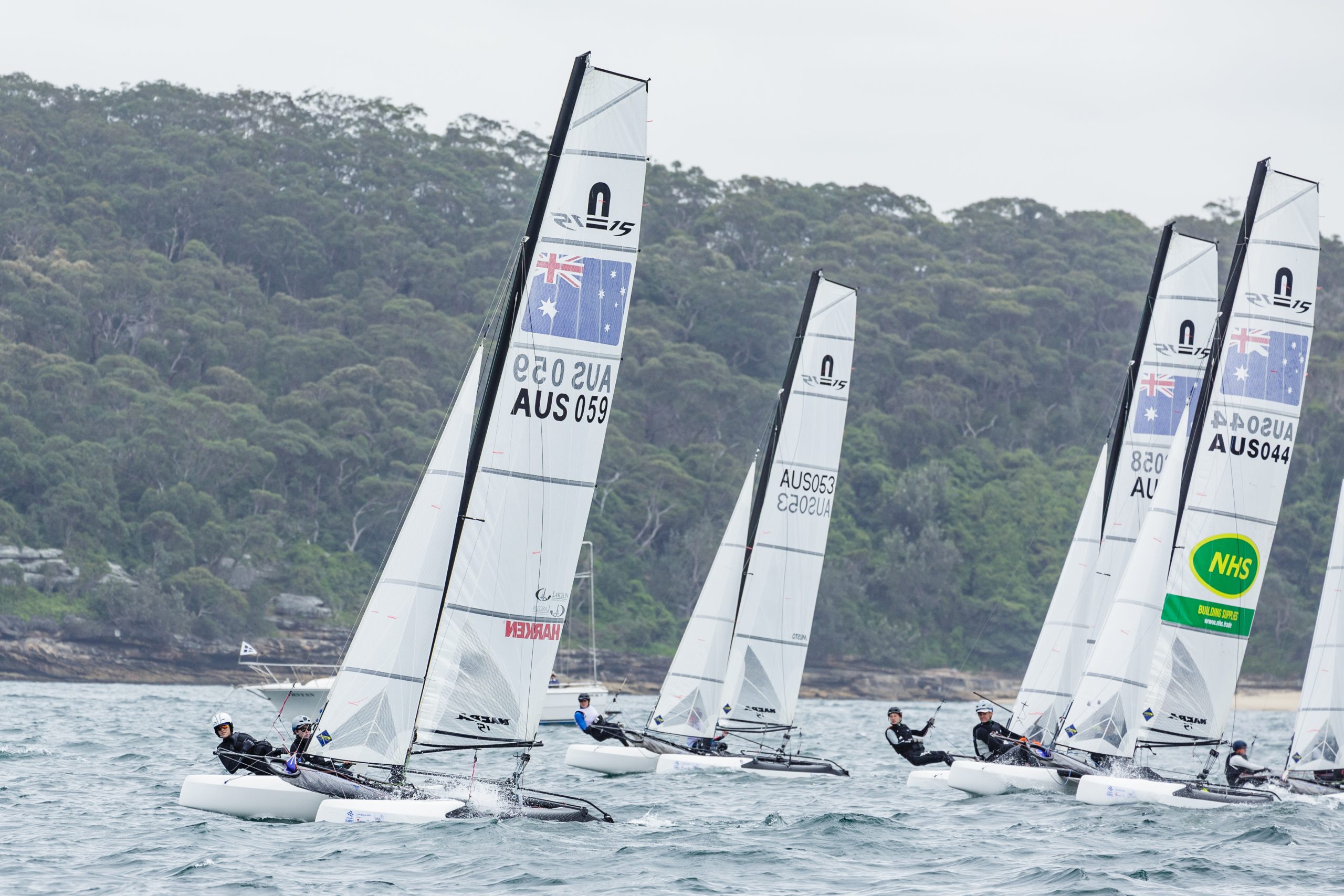 Morton and Swadling finished 2017 with a win at Sail Sydney CREDIT Robin Evans.

Competitors hit the waters off Royal Queensland Yacht Squadron on Thursday as preparations for the 2018 Australian Youth Championships drew to a close.

More than 160 sailors will test themselves against the nation’s best at this year’s event, which starts on Friday and will feature racing across seven classes, including 420s, 29ers, Bic Techno, Bic Techno Plus, Laser 4.7, Laser Radial and Nacra 15s.

Principal Race Officer David Brookes said he expected conditions to be favourable for most of the regatta.

“The first day will be nice with 10-15 knots expected,” he said. “There are some thunderstorms forecast for later in the afternoons on the weekend, so we will look to maximise races early on.”

Queenslanders George Morton and Ashleigh Swadling are looking forward to competing from their home club – despite having had only one day off between the Nacra Nationals and this regatta – though they insist it will be an even playing field.

“We hope there is an advantage, honestly,” Ashleigh said. “Everyone has been to and competed at Royal Queensland, so it’s pretty even.”

George said: “Everyone knows that when you go to your home club you think you know everything. But you don’t, so we’re going to treat it like a normal regatta, treat it like it’s not our home stage, and gather information the same way.”

The duo are also playing down the potential distraction of the Youth Championships serving as a Youth Olympic Games qualifier.

“We are trying not to think about it. Every regatta is the same for us with the same fleets, so we will go as fast as we can and just hit the course,” George said.

Paris Van den Herik from Darwin Sailing Club will compete in the Laser Radial Class, fresh from racing at the Laser Nationals. The Territorian has been temporarily adopted by the Queensland Sailing Team.

“It’s been really good to be a part of the Queensland Team and I think that reflects in my results. When I look back on last year compared to this year, I’m really happy with where I am at,” Paris said.

“I want have the same positive mindset as the Laser Nationals. Last Youth Champs it was down to that mindset and bouncing back. I’ll keep working on everything and have a goal each time because otherwise I get caught up thinking about results.”