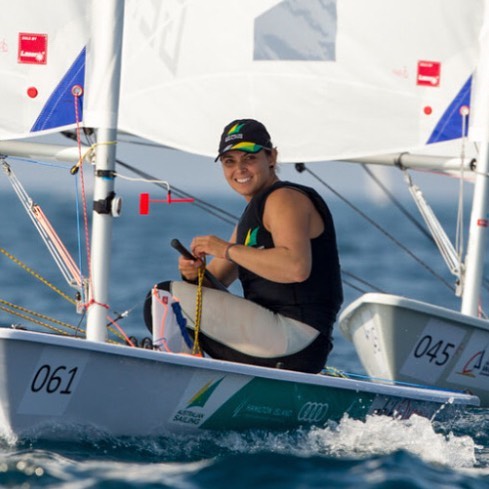 Double Bay Sailing Club is hosting a Women's Laser Regatta throughout this weekend, featuring multiple Olympians such as Karyn Gojnich and Krystal Weir.

A regatta run by women, coached by women, and competed in by women of all ages and skill levels, will be held on Sydney Harbour, with the City and Harbour Bridge providing a beautiful backdrop.

Saturday: The following four coaches are lined up for the full weekend. All have large sailing CVs, and we are so lucky to have them coach throughout this event.

Karyn Gojnich –Triple Olympian in the 470 and Yngling classes. She and her skipper Nicky Bethwaite were the first women to ever represent Australia in sailing at an Olympics. The pair sailed in the Women’s 470 class at the 1988 Games. Gojnich went on to crew for Bethwaite in the Yngling in 2004 and for Krystal Weir in 2008. She is on the selection panel for the 2018 Olympic Test event.

Krystal Weir – Olympian in the Yngling (2008) and Laser Radial (2012) classes, former Laser Radial world champion (2004) and has just returned from SeaLink Magnetic Island Race Week where she has been sailing with the all-female crew on the trimaran Ave Gitana, promoting women in sailing via the Magenta Project.

Sunday:
Official opening by NSW State Member The Hon. Gabrielle Upton
Regatta and racing
Prize Giving by the Mayor of Woollahra, Peter Cavanagh
Entries are capped at just 50 on a first in first served basis
Registration is via this quick and simple online entry form