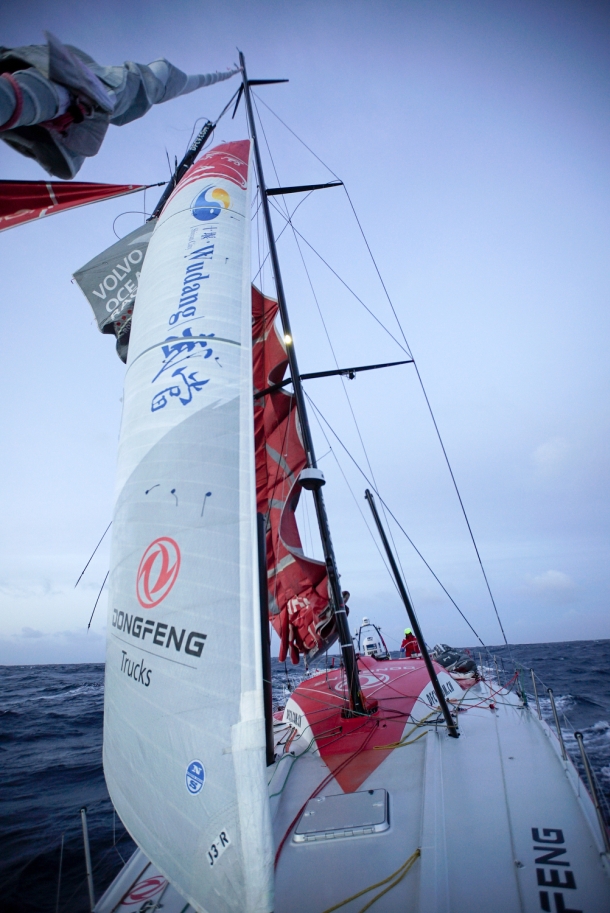 Dongfeng Race Team (Charles Caudrelier/FRA) announced late on Tuesday that they plan to retire from Leg 5 after breaking their mast in the Southern Ocean.

Caudrelier had considered attempting to re-join the 6,776-nautical mile stage from Auckland to Itajaí after successfully nursing Dongfeng to Ushuaia, Argentina, earlier in the day.

But on Tuesday night, a statement from the team read: “The decision has been made to motor-sail to Itajaí and not rejoin the race – although skipper Caudrelier has yet to officially retire from the leg at this time, it is just a matter of protocol now.

“He will not relish this part of the administrative process and if there had been any other timely and effective way to rejoin the race and get to Brazil, he would have undoubtedly taken it.

“But even under motor-sail the delivery trip is expected to take around 10-12 days and then add the days needed to refit the boat in time for the start of Leg 6 to Newport.

“Trying to rejoin the race which would mean returning to the point they started using the engine at the western entrance of the (Beagle) Channel then sail south around Cape Horn would prove to be too risky, especially with rig and sails not fully fit for racing.

“It wasn’t safe to enter the Beagle Channel without the engine, even if it would have left more options for a racing departure.”

By motoring to Itajaí, they will buy some time to make the repairs ready to start Leg 6 to Newport – although it will still be tight. The fleet is due to depart on April 19.

At 0315 on Monday, a sickening crack had signaled to Caudrelier and his crew that the top section of the mast had fractured, leaving the boat without full manoueverability.

The decision means that Dongfeng Race Team, who were joint leaders with Abu Dhabi Ocean Racing (Ian Walker/GBR) at the start of the leg, will collect eight points for a Did Not Finish result.