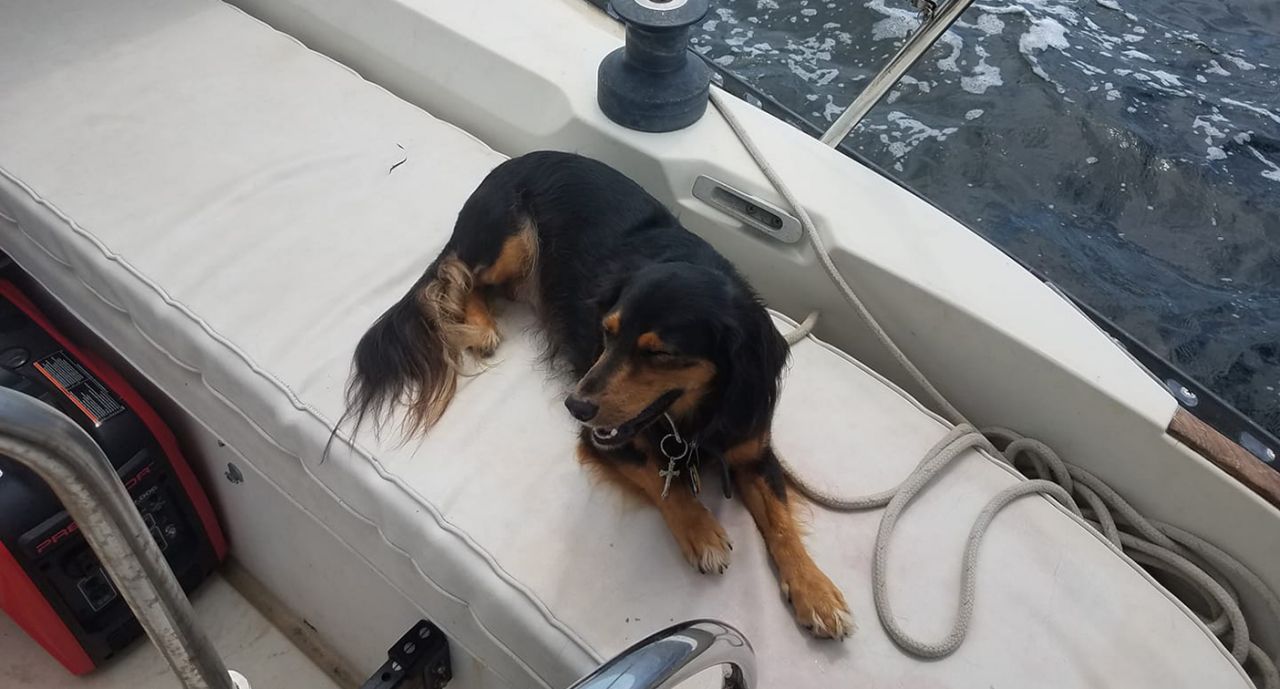 A dog owner thought he would never see his best mate again after the pooch fell overboard during a storm off the Florida coast, but he was shocked when the dog turned up alive the next day.

Shane Hale and his pup Harley set sail on Saturday, but the weather soon turned nasty and a storm set in.

In the waters off Sarasota County, Florida, the pair were headed for Florida Keys and across the Caribbean. Mr Hale said that during the storm his main halyard broke, dropping the main and the boom. With the headsail still filled, the boat broached and Harley was thrown overboard.

Footage from before the storm shared to Facebook shows both Mr Hale and his pet were wearing a tether and life jacket onboard.

“I got to his tether and when I pulled the tether, I realised there wasn’t enough weight on the end of that tether for a dog to be on there. Sure enough I pull it out and I just see his life jacket,” he said.

“When he went off the boat and I see the way he went, I never in a million years expected to see my dog again.”

When Mr Hale arrived at shore, he shared on social media a plea for help to find Harley.

The following morning, the sailor received a phone call, with news he described as a “miracle”.

Harley had somehow battled the choppy waters and swum almost five kilometres to a nearby beach, where he was found.

Vets reportedly said the sea dog had a slight case of pneumonia, but is expected to make a full recovery.

Meanwhile Mr Hale has vowed to put his sailing days behind him and embrace a land-locked life with his clever mate.