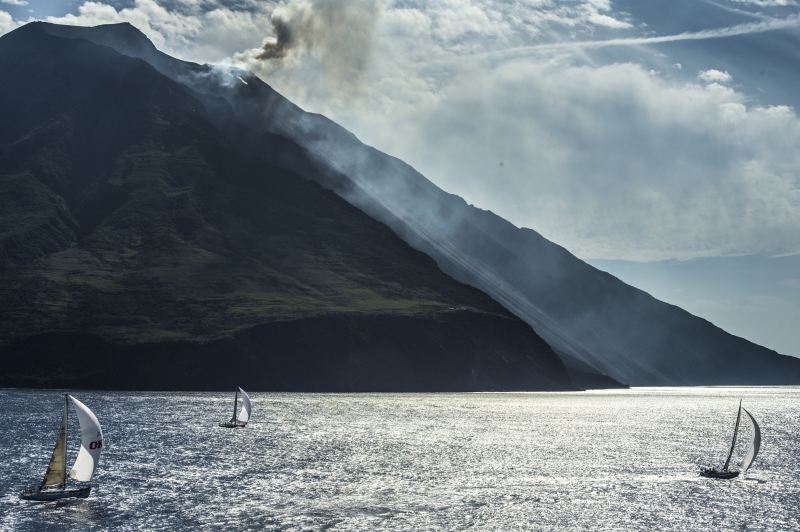 Valletta: From South Africa to the United States, from Chile to New Zealand, the appeal of the Rolex Middle Sea Race is unquestionably broad and the 103 yachts expected to start tomorrow’s 38th edition of the 606-nautical mile race represent 30 different countries.

Sailed by in excess of a thousand crew from all corners of the globe, 2017 marks potentially the most international line-up in the race’s history.

“It is a diverse fleet both in terms of nationalities and range of boats,” explains Godwin Zammit, Commodore of the Royal Malta Yacht Club.

“Many crews are returning which is an indication they love the race. The Rolex Middle Sea Race is always interesting. The circular course ensures it’s a constant challenge for crews and the weather in the Mediterranean is very changeable especially during this time of year.”

Lying ahead following the grandiose, cannon-fire start from Grand Harbour, Valletta is one of the world of sailing’s most exacting 600-nm races comprising a scenic and tactically demanding circumnavigation of Sicily.

Together with two legendary offshore races – the Rolex Fastnet and the Rolex Sydney Hobart – the Rolex Middle Sea Race forms an integral part of Rolex’s involvement with offshore sailing.

The variety of the fleet will ensure a multi-dimensional race with conditions at each of the race’s frequent corners, providing changing weather patterns, each one potentially suiting a different type of yacht.

The presence of a fresh Mistral on Monday morning is likely to provide the leading yachts with significant momentum as they head down the northeast coast of Sicily before making the turn at Lampedusa and the final stretch to Malta.

A new race record is not being ruled out. A key marker will come early in the race when the leaders negotiate the calmer conditions forecast between the Strait of Messina and the race’s iconic landmark, the volcanic island of Stromboli.

The prospect of a fast race will intrigue the leading yachts. George David’s 88-ft Rambler from the United States has not only been fastest finisher of the last two editions, she recently added line honours victory at the Rolex Fastnet to her impressive palmarès.

David is also the race record holder having set a time of 47 hours, 55 minutes with his 90-ft Rambler in 2007. The Rambler crew comprises a who’s who of professional sailing talent including New Zealanders Brad Butterworth and Dean Barker.

Competition for line honours is poised to be the most closely-fought in recent memory with the leading Maxis all possessing their own distinct performance parameters. Ludde Ingvall arrives with his 98-ft CQS, completing a triumvirate of Rolex 600-nm offshore races over the past 10 months.

The largest competing yacht is the 100-ft Leopard, line honours winner in Malta in 2009. The two competing Maxi 72s are closer in design philosophy than the largest yachts.

In the absence of defending champion Italy’s Mascalzone Latino, and a number of other recent winners, the quest to win the Rolex Middle Sea Race Trophy and Rolex timepiece for outright victory on IRC handicap is likely to go to a new name.

Pietro Moschini’s Endlessgame from Italy and Franco Niggeler’s Swiss yacht Kuka 3, like Mascalzone Latino, are Cookson 50 designs and will be hoping that the race continues to be kind to yachts in the 50-ft range.

James Blakemore’s all South African crew on the Swan 53 Music is amongst that group of contenders. “We’re looking at a Tuesday afternoon arrival in Malta as there will be big pressure from Stromboli onwards,” explains the crew’s Gerry Hegie. “This is an iconic race. The key will be making the right choices regarding the sail inventory for all of the different corners.”

The most represented country is Italy with over 20 expected starters followed by the United Kingdom and Russia. Six Maltese entrants will not only compete for national pride but aim to become the eighth local yacht to win the race. Conditions may prove particularly favourable for two of the contenders, XP-Act and Xpresso.