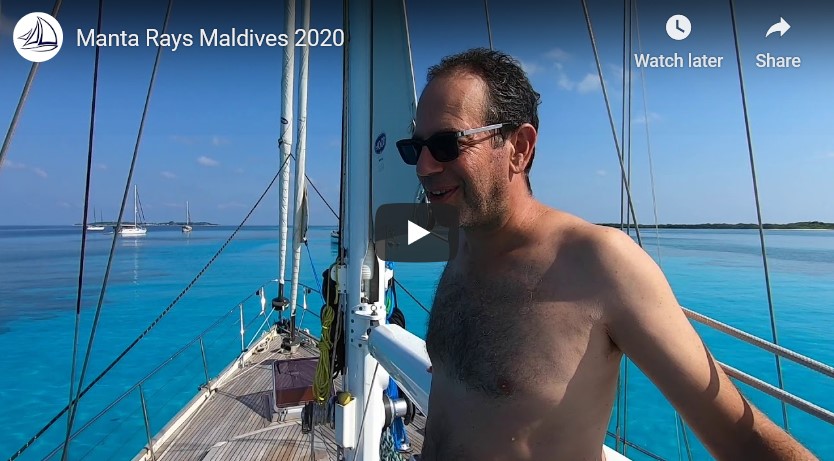 For so, so many different reasons, Covid-19 is having a drastic impact on just about everyone on the planet.

Until a vaccine is developed and distributed, shelter in place seems to be the preferred solution. If you were overseas when this all started, the instruction was to get yourself home, by whatever means possible.

And then, to a greater or lesser extent based on your country, people have been told to restrict their movement, stay at home, and limit their excursions to exercise or getting food.

But what happens if you don’t have a home, in the conventional sense?  And what about if there’s no way to get to your own country without the risk of significant environmental damage and/or putting yourself in terrible personal danger?

Spare a thought for those of us whose home is floating and subject to the vagaries of storms, cyclones and worse.  Who have a limited supply of food, fuel and water, no shops to visit to resupply, and limited or no access to land for exercise.

Spare a thought for those for whom each day is consumed by what happens when the country they’re currently anchored in asks them to leave, while every other country’s borders are closed and being defended by Navy gunships.

Think about how it would feel to be a stranger in a strange land, knowing that the locals are barely coping themselves with hunger, grief or economic hardship, and may be looking upon you with fear that you are carrying the virus to their homes or are consuming their scarce resources.

And all of this with the persistent dread about how you’ll cope when your engine, water maker or other critical system breaks down and you have no access to spare parts or replacements.

Like many other blue water cruisers at the moment, we are in a precarious position, and our short to medium term future is fraught with high levels of stress, anxiety and danger.

Along with everyone else, we have absolutely no sense of when things are going to get better.  But unlike most, we have a visceral and almost tangible dread – a very realistic fear grounded in the bleakest of realities – that things are about to get immeasurably worse.

We, and many others like us, need help.  Soon.

We’re currently anchored in Uligan, the second-most northern island in the Maldives.

We left Sydney in July 2018 to begin a 5 year circumnavigation, and sailed through South-East Asia visiting Indonesia, Malaysia, Thailand and Sri Lanka, before arriving here in the Maldives in early March this year.

Our plan for 2020 was to follow the weather systems through the Indian Ocean, travelling from North to South as the year progressed, arriving in South Africa around October.  This is the traditional route for a west-about circumnavigation, and the timing of each leg is critical to ensure you are always in the safe zone avoiding cyclones and the worst of the infamous Indian Ocean seas and weather.

When we left Sri Lanka in early March, Coronavirus was on everyone’s lips, but the term Covid-19 had barely entered public consciousness, and “social distancing” was a phrase used by people who didn’t like Facebook and Instagram.

We were sufficiently aware to check with our agent in the Maldives but were reassured that all was good, and we would be welcome. It was a 6-day passage during which we had no internet, so we were shocked by how much the global situation had deteriorated by the time we arrived on 12th March.

Two days after we arrived, the Maldives shut their borders, and we were told that it might be several days, or even a week or two, until our cruising permit was issued, while the government worked out their approach to the emerging threat.  By this point 12 boats were waiting in the anchorage with us.

50 days later we are still here.