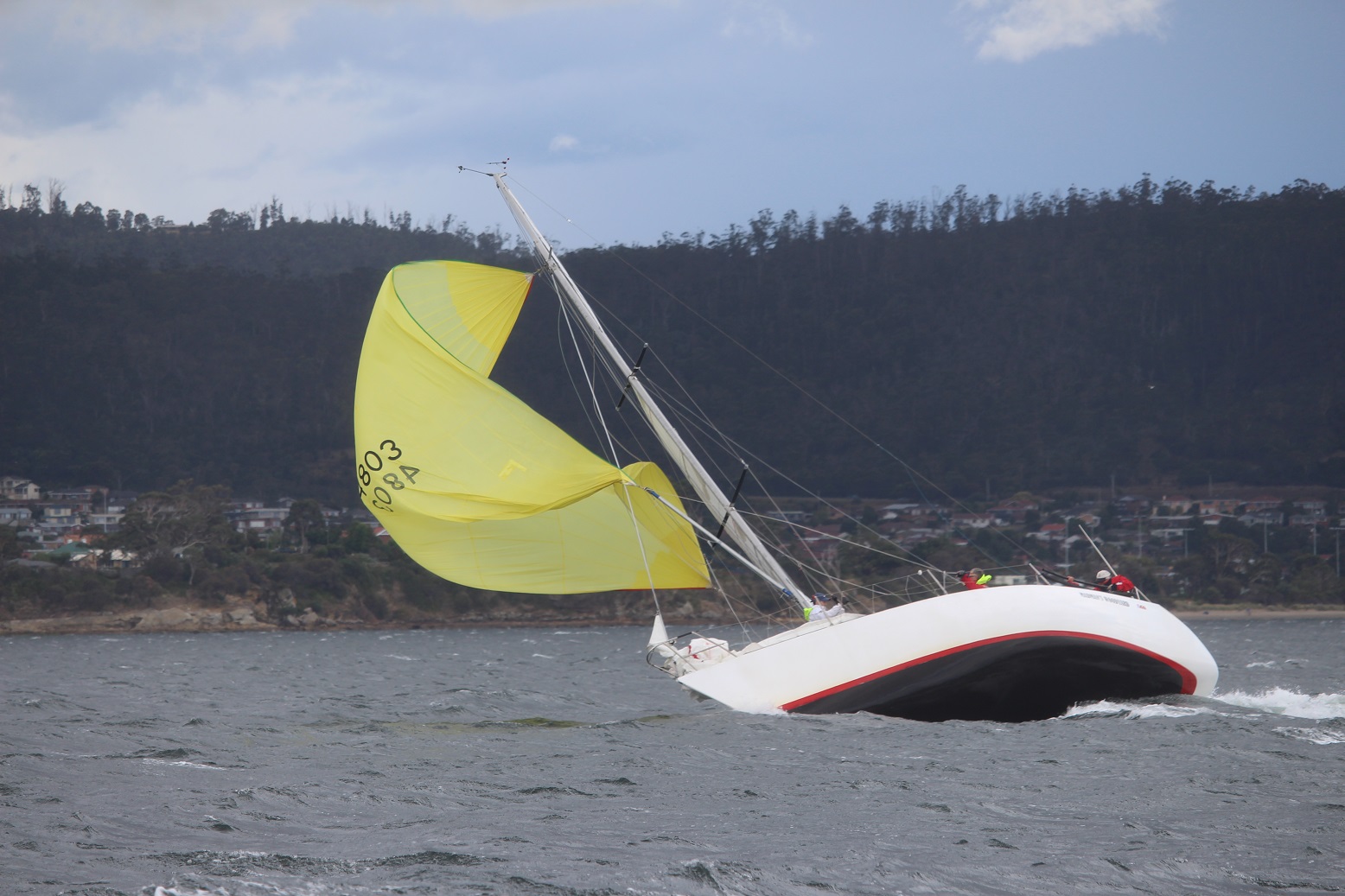 Madman’s Woodyard broached in a heavy gust during the IOR Cup on the River Derwent. Photo Peter Watson.

For the previous two week’s Hobart’s River Derwent provided near perfect sailing conditions for the SB20 world championship, but last Friday evening and Saturday it turned sour for the ‘’old-timers’’ in the IOR Cup.

Designed and built back in the 1970s to then international IOR rating rule, these former ‘half tonners’ and ‘one tonners’ turn out each summer for the Bellerive Yacht Club/Hobart Jaguar IOR Cup.

Of course, none of these boats still have an IOR rating (now obsolete) so corrected time results were calculated using PHS handicaps.

Despite rain squalls that brought vicious wind gusts reaching 42 knots in Friday’s twilight race and even patches of drifting conditions on Saturday, competition was as keen and close as it was in the heyday of level rating racing.

The gusty conditions also showed that these boats designed to the IOR rule are still just as difficult to handle downwind, and there were some spectacular broaches.

In Division 1, just 62 seconds on corrected time in the final race and one place separated the top two boats, with Scott Broadby’s Farr 1104, Hot Prospect, to take out the series with a 1-6-1 scorecard.

Just one point behind with a 2-5-2 result was Justin Barr’s Rumbeat, also a Farr 1104, with another two points to the classic 8-metre yacht Juana (Jock Young) which placed 4-2-5.

Division 3 was just as close, with Temeraire IV, Richard Ware’s Peter Cole-design, winning by one point from Chyanne, a Knoop 30 skippered by Rhys Jones, third place going to Free n Easy, a Doven/Knoop 30.

“It was if the River Derwent finally exhaled after providing beautiful sailing conditions for the past two weeks and the SB20 worlds,” commented BYC sailing manager Peter Watson.
“She finally let go with the unpredictable weather that the river is famous for.”