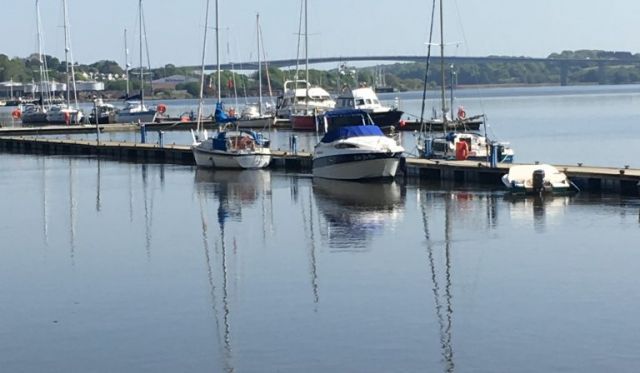 Australian state and local governments could learn from the Irish, who are establishing a cruising route up the west coast to increase opportunities for local businesses servicing the marine sector:

Derry City and Strabane District Council are taking part in plans to promote the local coastline and establish a yacht cruising route around the western coast of Ireland.

The plans are making real progress, members of the Cool Route steering group heard last week at a special meeting in Cork.

The Cool Route Project – Cruising Oceans on Latitudes above 51 Degrees North – investigates all aspects of the potential to establish a yacht cruising route along the western offshore areas of the Northern Periphery Area.

Cool Route Project Partners, including Derry City and Strabane District Council and Donegal County Council, met up with stakeholders from local enterprises along the planned cruising route to discuss packages and opportunities for local businesses. The event was hosted by project lead partner Cork Institute of Technology.

The Cool Route Cruising Ground, described in the International Yachting Press as the World’s Most Adventurous Cruising Ground, is one of the most attractive coastlines globally and stretches from Cork to Western and Northern Ireland, on to Western Scotland and then to the Faroe Islands and to Tromso, in Western Norway.

Head of Culture with Derry City and Strabane District Council, Aeidin McCarter, said the project will have widespread benefits for local business. “The primary objective of the Cool Route project is to bring new business opportunities to a wide range of small local enterprises that provide quality goods and services. It offers support in terms of international marketing opportunities and providing a common branding, booking and information system.

“It’s a fantastic ecotourism product, exploiting the natural resources of the area in a manner that is sustainable and environmentally viable, which is ideal for both Derry and Donegal with its rich marine environment and beautiful coastal locations.”