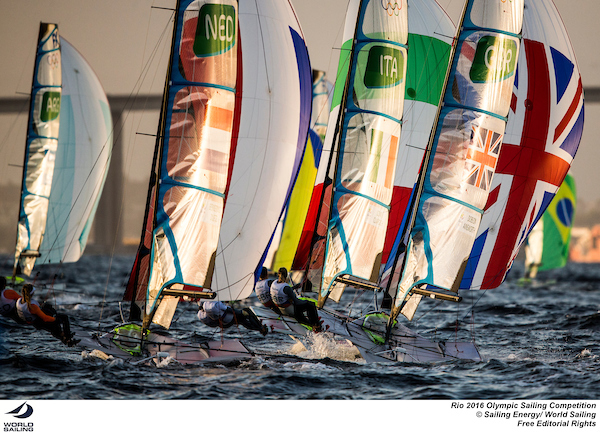 The inaugural 49erFX class is set for a classic regatta as positions remain close after half the qualifying series has been raced.

With just 12 points from six races after discarding a UFD from the first race, the Danish crew of Jena Hansen and Katja Salskov-Iversen look the most likely to win. Following seven points behind are Martine Grael (the daughter of Brazilian Laser and Star legend Torben Grael) and her crew Kahena Kunze; and Kiwis Alexandra Moloney and Molly Meech.

Less than 20 points covers second to tenth and with conditions likely to remain difficult, there will be many changes to the order.

The women sailed their second race today on the medal race course and it was won by the Kiwis, who will take heart from that victory.