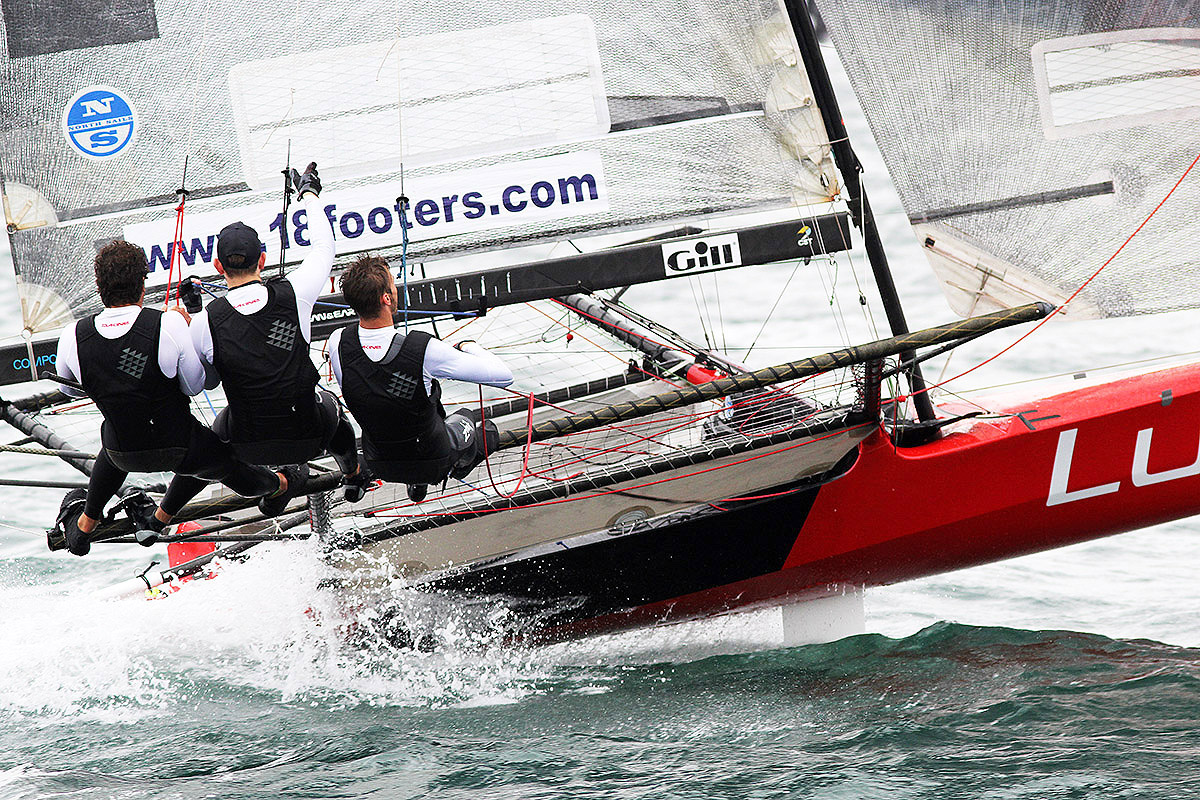 Girdis (skipper) and Doyle (sheet) are joined this season by one of the up-and-coming 18-Footer stars, Tom Quigley (bow), in The Kitchen Maker-Caesarstone sponsored skiff.

Quigley, along with Scott Babbage and Sam Ellis, won the 2017-2018 NSW Championship on The Kitchen Maker skiff the team, which will also sail during this season.

All three team members will be having their third season in the 18s, and are one of the exciting new, young teams lining up in 17-boat Sydney Harbour fleet.

Girdis and Doyle have sailed together since they entered the 18ft Skiff class in 2016-2017 season. This will be the trios first season together though, but not the first time together in the 18s.

During the Australian off-season, the three young sailors contested the Mark Foy regatta at Lake Garda, Italy, where they finished eighth. The most important part of the regatta was the experience gained while competing against some of the world’s best competitors.

While not wanting to be over-confident, Girdis expects the team will be competitive from the start, and able to match it with many of the more experienced teams:

“We’re feeling well-placed after lining up a number of times overseas. The team is working well both on and off the water,” he said.

“Tom’s experience, despite being only 20, has given us some valuable tips on how to tune and get the most out of the boat.”

“We’re keen to line up against the best of the best this season, defend the title of the Spring Championship, and give it everything for the major regattas.”

The team is fortunate to have the support of long time sponsor The Kitchen Maker, a family business, of which, former 18ft Skiff sailor, Darren McKavanagh, is one of the principals.

The Kitchen Maker has been a leading competitor in the past with some very high-profile, championship-winning skippers steering their hopes around Sydney Harbour.

Off the water, Girdis works in Robotic Process Automation Operations and Development with the Commonwealth Bank.

Doyle, a 26 year-old, is a lawyer who has competed against Girdis for many years before coming into the 18s alongside his former opponent. He is a former Australian Kiteboard champion and RSX windsurfer and 29er sailor.

Tom Quigley is the youngest member of the team, at 20, but has the pedigree, experience and temperament will fit in well with such classy team members. Tom is also undertaking a naval architecture degree at the Australian Maritime College.

He is the son of 1996 Giltinan 18ft Skiff champion, Steve Quigley, and has now learned the ropes of 18ft Skiff sailing from his two seasons with his father in 2016-2017, and last season’s skipper Scott Babbage, who won many Giltinan Championships with the Gotta Love It 7 team.

The Australian 18 Footers League’s spectator ferry will follow Sunday’s Race 1 of the Spring Championship as well as every race of the Championship, leaving Double Bay Public Wharf, alongside the clubhouse and rigging area, at 2pm.