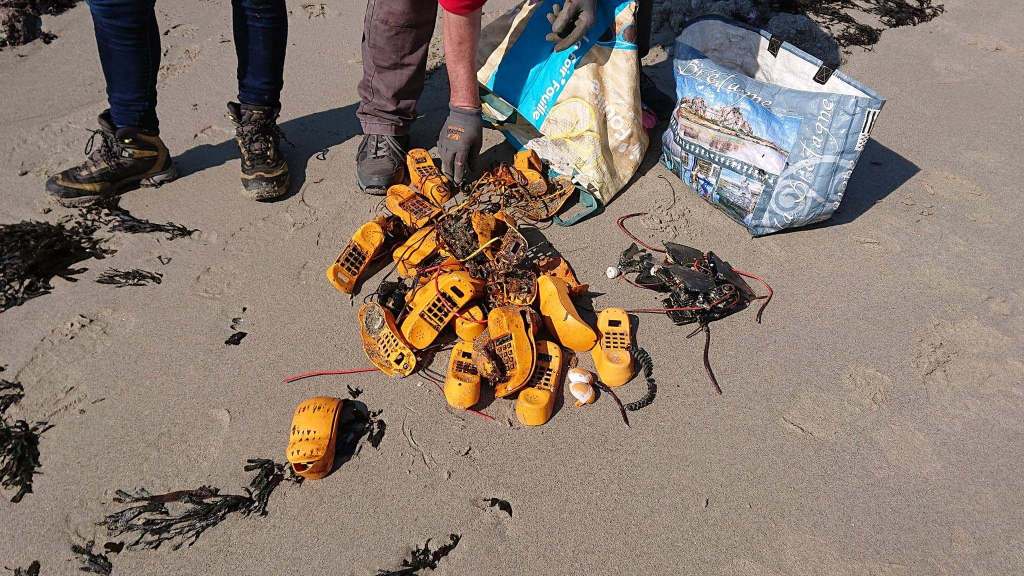 Some of the Garfield phones washed up in Brittany. Photo evnsocial Facebook.

Since the early 1980s, hundreds, possibly thousands, of bright orange Garfield phones have been washing up on beaches in the Finistère region of France. No one knew for sure from whence the famous cartoon cat came from, but over the years he became a symbol for Ar Viltansoù, a volunteer environmental group who cleaned the beaches.

Now, more than 30 years after the phones first started arriving, the mystery has finally been solved. After seeing Ar Viltansoù’s announcements about the phones, a local farmer remembered seeing a shipping container that washed up following a huge storm around the time Garfield started making his unwelcome visits.

“At the time, I was between 19 and 20 years old,” René Morvan told Franceinfo. “There was a big storm. With my brother, we saw phones everywhere on the beach. We are guys from the coast, we decided to go see.” [Translated from French]

Morvan and his brother discovered the container full of Garfield phones in a remote cave, only accessible during low tide. On March 22, he led members of Ar Viltansoù to the hidden location, finally solving the mystery. Although few around the world had known about it before, suddenly everyone was talking about the story.

Read the full story at the Daily Dot.