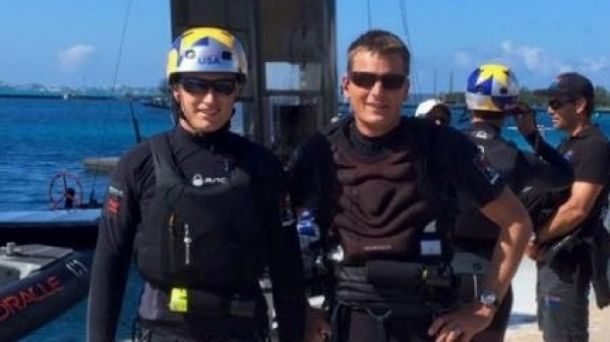 Dean Barker admits it's strange to be working alongside Jimmy Spithill after the pair “were trying to rip each other's throats out two years ago”.

Barker's ugly departure from Team New Zealand earlier this year saw him snapped up by Team Japan to head their latest America's Cup challenge for Bermuda 2017.

The irony of getting a helping hand from an old and sometimes bitter rival isn't lost on Barker.

He suffered the constant mind games of Spithill as the cocky Australian guided Oracle back from an 8-1 deficit to beat Team New Zealand 9-8 and retain the Auld Mug in San Francisco in 2013.

When asked by America's Cup.com what it was like to be now working alongside Spithill in some form, Barker smiled: “Is it strange? Yes it is. We were trying to rip each other's throats out two years ago.”

He said they hadn't shared a beer together in the aftermath of that epic cup battle. But now they found themselves living in Bermuda, sharing the same goal again, just from different perspectives.