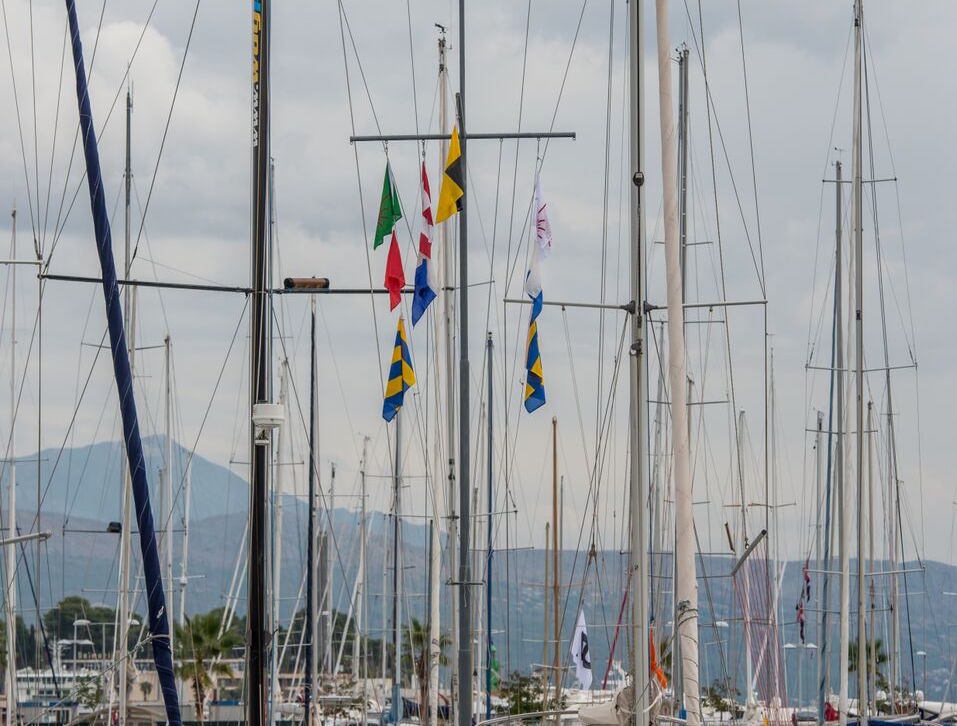 No wind in Croatia.

(Split, Croatia) – After 350 Laser Masters sailors spent the first day of the World Championships under sunny skies, waiting for wind which didn't appear, the second day delivered more of the same – without the sunny skies.

The Monday weather forecast included a storm early in the morning, which passed directly over Split and gave an early wake up call for the Laser Master sailors with a lightning show that illuminated the city skyline. The accompanying rain also reduced the chances of any thermal wind developing.

Upon arrival at the boat park, the aftermath of the storm had left a cloud-covered sky and a completely calm sea. The calm extended 50 miles east and west of Split, with only a very light breath of air South of the coastal islands.

A light rain system across the bay reduced the possibility of any wind from below 5% to less than 1%, at which point the Race Committee postponed all races until tomorrow. This was greeted with applause and cheers from the sailors.

Two races are scheduled for tomorrow.