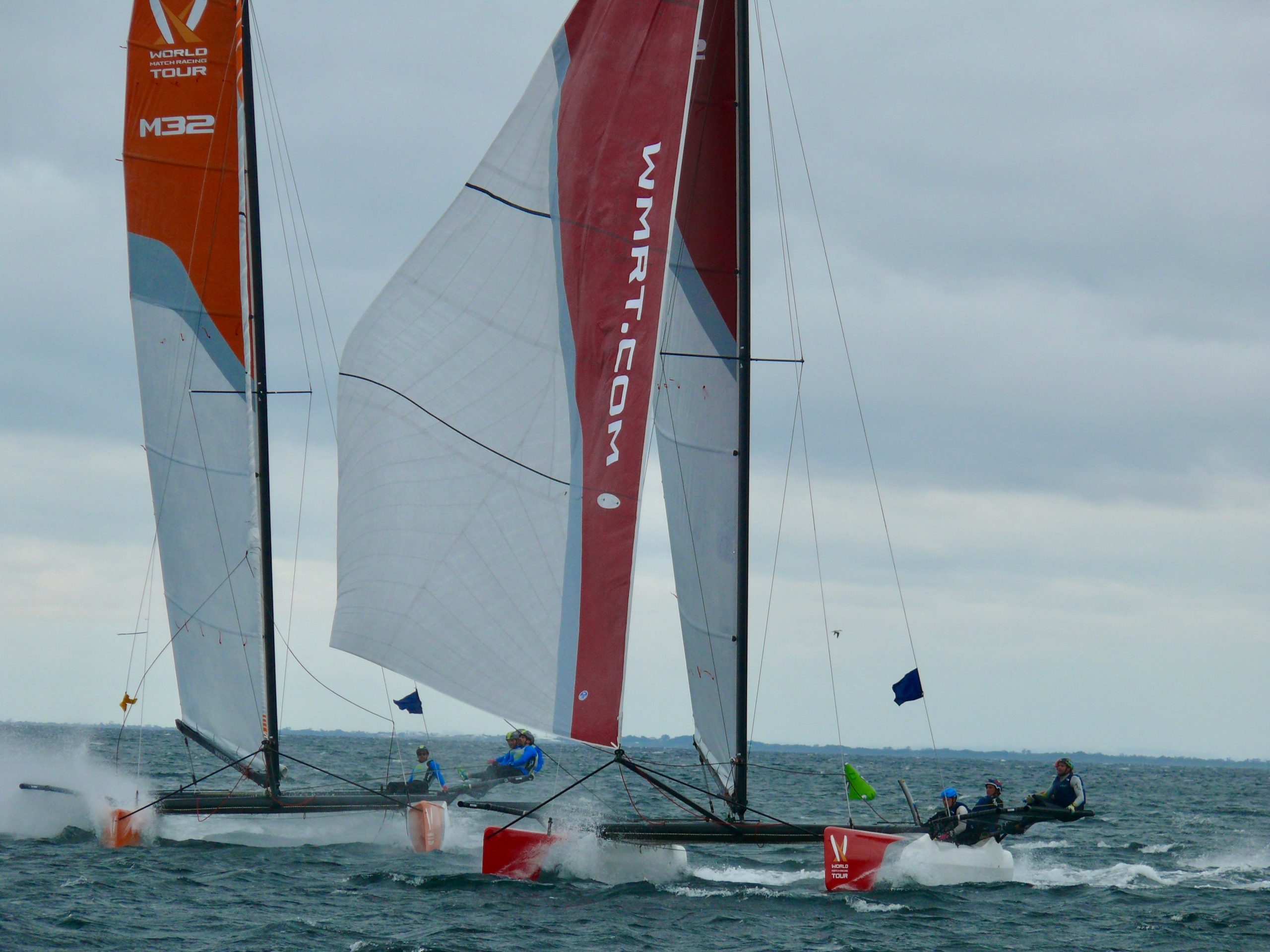 David Gilmour and his team are top of the leaderboard at the Geographe Bay Cup on the World Match Racing Tour, after what was a short but action packed session on the water. He won all three races contested, but two other skippers are also undefeated, but sailed fewer races.

Gilmour scored three wins from three races, while both Matt Jerwood and Torvar Mirsky were also undefeated, but only sailed one and two races respectively. Dark horse of the event, Gemma Jones from New Zealand, was the only other skipper to sail three races losing one, but winning the other two, with her extensive multihull experience showing.

With unseasonal cold and windy weather sweeping across the southern areas of Western Australia, racing was delayed until after mid day, to allow a squall to go through. The fleet was then sent ashore again at 16:00, when the wind was consistently gusting over 25 knots, with nine matches completed.

As was expected, local skipper David Gilmour was skilful in his three wins, and is definitely deserving of his reputation as a very accomplished skipper. He made short work of his younger brother Lachy and Gemma Jones, but was pushed all the way by Sydney’s Evan Walker.

Torvar Mirsky, also a local Western Australian skipper, is known for his precision sailing, and he demonstrated his ability in defeating Will Dargaville and Robbie Gibbs.

Although sailing in flat water, there was plenty of spray around as the boats turned downwind. Will Dargaville from Sydney’s Royal Prince Alfred Yacht Club, a first time Tour skipper, was the only one who failed to control this situation, and ended up putting the mast in the water.

Swedish skipper Mans Holmberg and his team are the only ones not to have sailed a race yet.