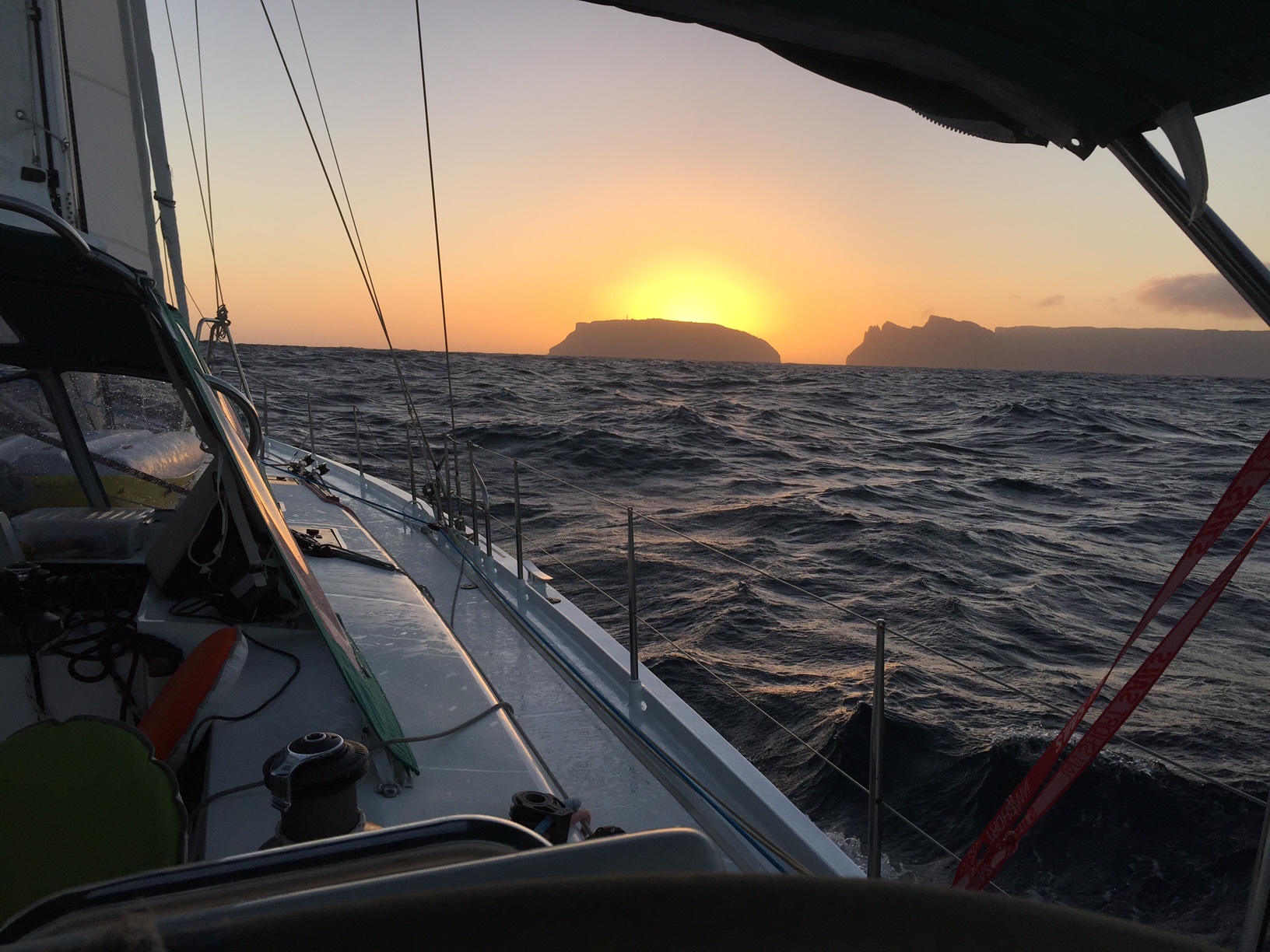 Whenever the MyState Wooden Boat Festival is on in Hobart, the Cruising Yacht Club in Sydney organise a cruise to Tasmania to get its members down there in style.

Denis & Lynne on board Ariki Tai reported in to Cruising Helmsman that, at this date all boats have reached Tasmania except for Sam Hunt on Nike who has had to retire with a broken rudder.

All reported challenging weather conditions with forecasts daily from 'Clouds' Badham assisting all to find very short windows of opportunity. Various claims of “boisterous conditions” were reported crossing Bass Strait from everyone but far more manageable conditions once on the Tasmanian east coast.

All boats are now enjoying the many cruising destinations in SE Tasmania, prior to arriving in Hobart for the WBF. On the night before the festival opens they will hold their usual 'Spirit of cruising' dinner at the ubiquituous Shipwright Arms.