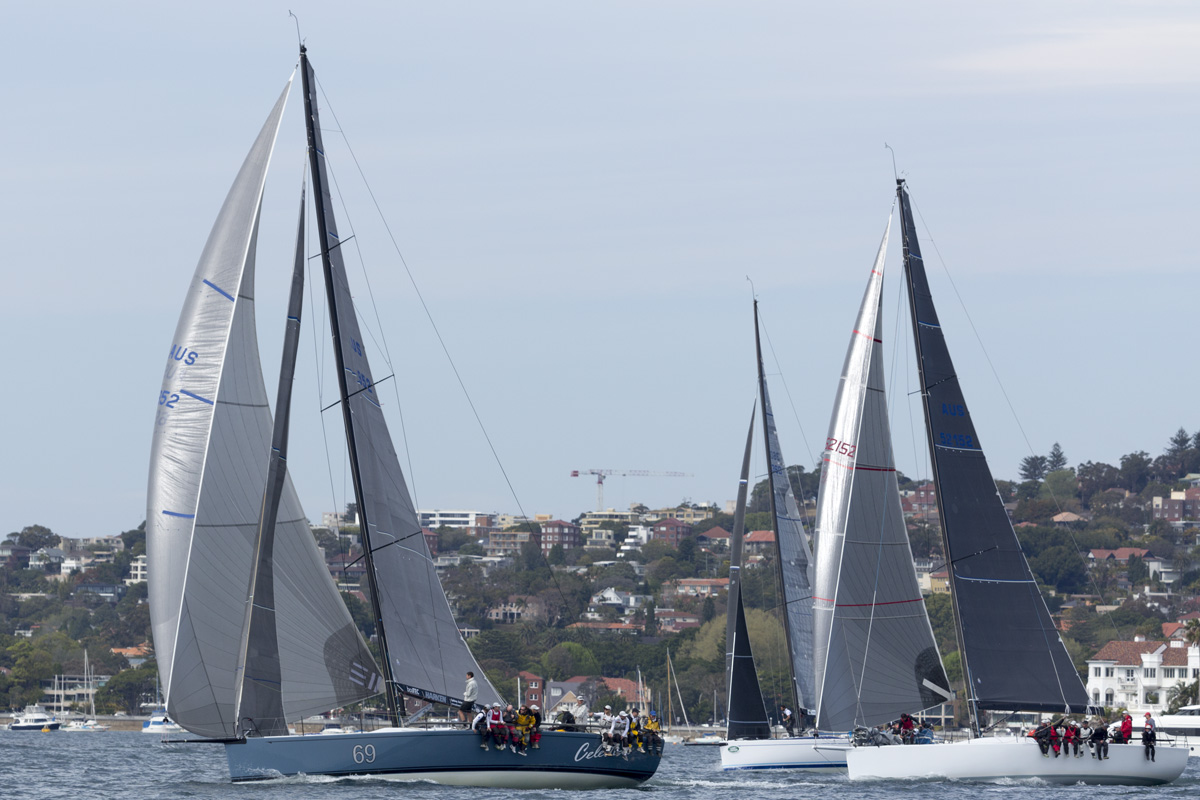 SYDNEY. A strong southerly, forecast for Saturday morning, is set to be a major feature of Race 3 of the Cruising Yacht Club of Australia’s Blue Water Pointscore, the Newcastle Bass Island Race.

The 200nm challenge, used by some competitors as a qualifying race to the Rolex Sydney Hobart Yacht Race, starts on Friday evening at 1900hrs with an exciting and varied fleet of 24 racing out of the Harbour heading north to a rounding mark 2nm north east of Nobbys Head. The fleet will then head south to Bass Island, just south of Flinders Islet off Wollongong, before making their way back north to the finish line in Sydney Harbour.

Most notable of the competitors is certain to be the 86-year-old Sparkman & Stephens classic yacht, Dorade. Famed for her 1930s wins in the Transatlantic, Newport-Bermuda, Fastnet and TransPacific ocean races, the 52-foot wooden yawl is warming up for the Rolex Sydney Hobart with boat captain Rasmus Bregenhoj highlighting the value of the basics, “Important for us is to familiarise ourselves with the club and the waters, getting in and out of Sydney around the heads. In this boat, the seaway is something we’re going to have to practice at.”

Looking ahead to their first race in the CYCA’s Blue Water Series on Friday night Bregenhoj has few expectations, “We don’t know, we have no idea. We’re just going out to learn, we’re not so much here to do anything special, just to learn about the area so we can be preparing ourselves because it’s all leading up to the Hobart.”

Another boat confirmed for the long road to Hobart, and the overall Blue Water Pointscore, is Celestial who will be back on Friday night with sailing master Sean Kirkjian at the helm.

Following a serious injury to owner Sam Haynes there had been doubts as to whether their programme would continue but the CYCA director was pleased with his crew’s most recent result and is looking to get himself fit for action.

Haynes explained, “I was cycling in Western Sydney and a bump in the track shook the handlebars from my grip and I came off, hit the guardrail and landed on my shoulder. The upshot was a broken clavicle, eight broken ribs and a punctured lung. I was in a huge amount of pain. The ambulance took 45 mins to reach us due to the challenging location so from that at the start to a lot of time spent in hospital, it really puts things in perspective. My family, work colleagues and crew from the boat have been extremely supportive.”

“Luckily I was fairly fit so hopefully that will mean a faster recovery as I’m aiming of getting back on board as soon as possible. The team are doing a great job and in the last race (Flinders Islet) they faced some tough challenges but came through well.”

Celestial’s skipper for the past and upcoming race, Sean Kirkjian, will be aiming for the top spot after those equipment issues in Race 2 meant they finished second on line honours and third on IRC.

Kirkjian commented, “We couldn’t hoist the headsail for about half the race down to Flinders and then on the way back we blew out a spinnaker. But we still crossed the line second, had smiles on our faces and had good fun. Hopefully it will be more of the same for the remainder of the series.”

Sure to give Celestial a run for their money will be former CYCA Commodore Matt Allen’s brand new TP52, Ichi Ban. In 2014, it was Allen’s Carkeek 60 of the same name which raced to a new record of 20 hours, 52 minutes and 49 seconds. However, with the southerly front set for Saturday morning there are limited expectations on this race rewriting any record books.

Allen commented, “This will be the first competitive outing of the new boat which is very exciting and we are all ready to go.”

“I will only be the fourth time we’ve ever sailed the boat so it could be interesting especially with the southerly due in. That said it will be a good opportunity to make sure everything’s working, a good chance to thoroughly test the boat and give everyone a steer.

“With a similar sail plan to the previous boat we don’t expect too many surprises there and know how to make the best of it. We have a new mainsail which has some of the latest developments out of the TP52 Super Series. It means we will be a little quicker but we have the rating to go with it so we’re taking nothing for granted.”

“As always, we will go in with the aim of winning but you never know what will happen so we just need to do what we can to avoid any mechanical or equipment problems.”