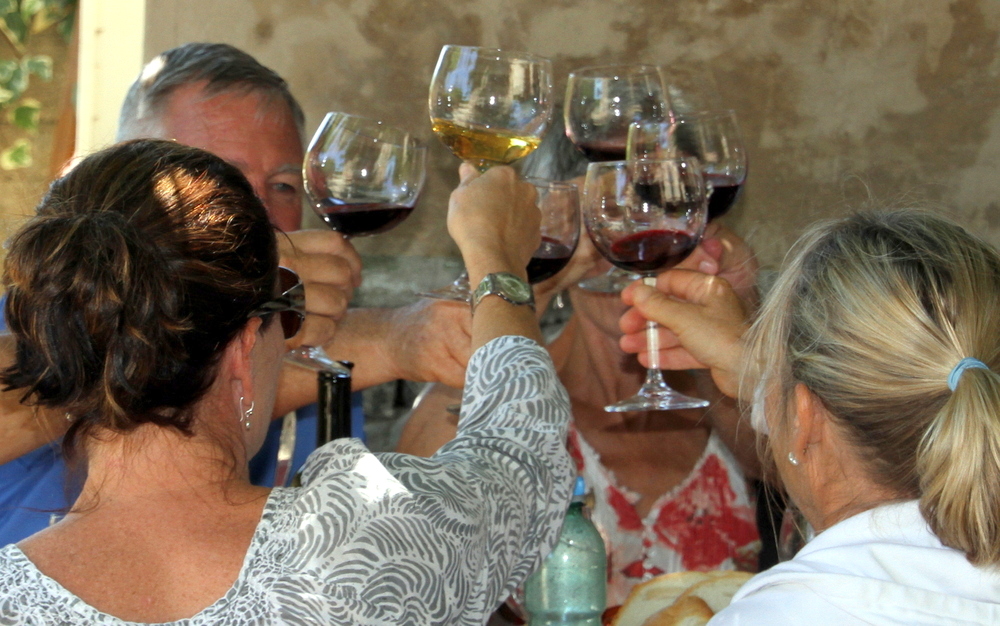 Yacht racing can intimidate the uninitiated, in particular the non-sailing partners of regular weekend racing sailors (who are predominantly men). Mariner Boating yacht rallies in the Mediterranean include a program of short races, which are usually less than 15 miles in a straight line from one port to the next.

Over the 30 years that Mariner has been running these events they have surveyed the participants with the question, “Should we take the racing out of the program?” and the answer has been unequivocally “NO”. These days, the gender mix in Mariner rallies is pretty evenly balanced between the boys and the girls!

During our Mariner Rally in Croatia in 2019 every second day was a race from one port to the next. Well I’m not a racing sailor except for some experience in dinghies as a kid and a casual interest in the Sydney Hobart start each year, so I was a little apprehensive. We had a couple of folks in our crew who participate regularly in the twilight races at their yacht club and they were looking forward to what they called a social race. I was happy to go for the ride.

On the day of Race One down to the island of Vis from Split, our embarkation port, there was a buzz of excitement as we motored off to the rendezvous about half way to our final destination. The land-locked bay at the western end of the island of Hvar was calm and we all dropped anchor for a swim and lunch. What a magical way to start a yacht race.

Then a gentle breeze stirred a few white caps and it was time for the action. Maggie, the starter, got us all motoring in the direction of Vis with our main sails up, the idea being for us to roll the jib out when she called the start. We were all in a line and on the count of ten we were off. What a terrific sight it was as the 10-boat fleet lined up across the breeze, but then I could see we were lagging behind.

Our resident expert, our local sailor, Tomo started pulling the strings and we gradually improved our position until about halfway across this beautiful channel between Hvar and Vis, we actually edged into the lead. Others tried to pass but our skipper had the answers and we actually won by a few boat lengths. I could easily see there was some science to this yacht racing business, so it must have been the crews that made the difference!

At the end of the race our technician was on the dock to help tie us up, and one by one we all slotted in next to each other. It was just as well the berthing had been sorted in advance because before long the quay at Kut in the main harbour of Vis was full. We relaxed over a cold beer and reflected on the excitement of our first race, even though it was not quite the Sydney to Hobart. The race had, however, given us a sense of purpose and although the result didn’t really matter I quickly discovered that coming second is not what I like to do in any sporting contest.

That night we had dinner as part of the rally program at a fantastic nearby restaurant, the Villa Kaliopia, and we were called up as the winners for our bottle of wine. The camaraderie between the crews was terrific and the mixed seating introduced us to people we had not met before.

Well, I have to confess I had a feeling of accomplishment after winning the race and we had actually worked quite hard to keep the boat going fast. We were in at 3.30 in the afternoon so we still had time for a walk around Vis before dinner. The handicapper told us that winning next time would be a little more difficult for us!

The idea with the Mariner handicapping system is that each boat is given an arbitrary TCF (apparently this stands for “time correction factor”) before the first race to reflect the assumed expertise of the crew and the size of the boat. In this case the boats were all the same so we all started off with the same handicap – 1.00

At the end of the race, the handicap for the next race was modified to produce a dead heat in race, had it been used. This is supposed to produce a dead heat in Race Two, but it never did. In our case we had a situation after five out of six races where all six boats in the fleet could still win the six race series, subject to the outcome of the final race, and in fact we had to do a count-back to break a tie between first, second and third, but don’t ask me to explain how to do a count-back.

The racing added a healthy dimension to the cruising experience and it was really challenging to figure the best way to harness the power of the wind. Reading the wind is apparently a science all by itself and learning the theory behind the aerodynamics of a sail was stimulating… but I don’t think I’ll sign up for a spot in the Sydney Hobart! Another Mariner Rally, however, would be fun.