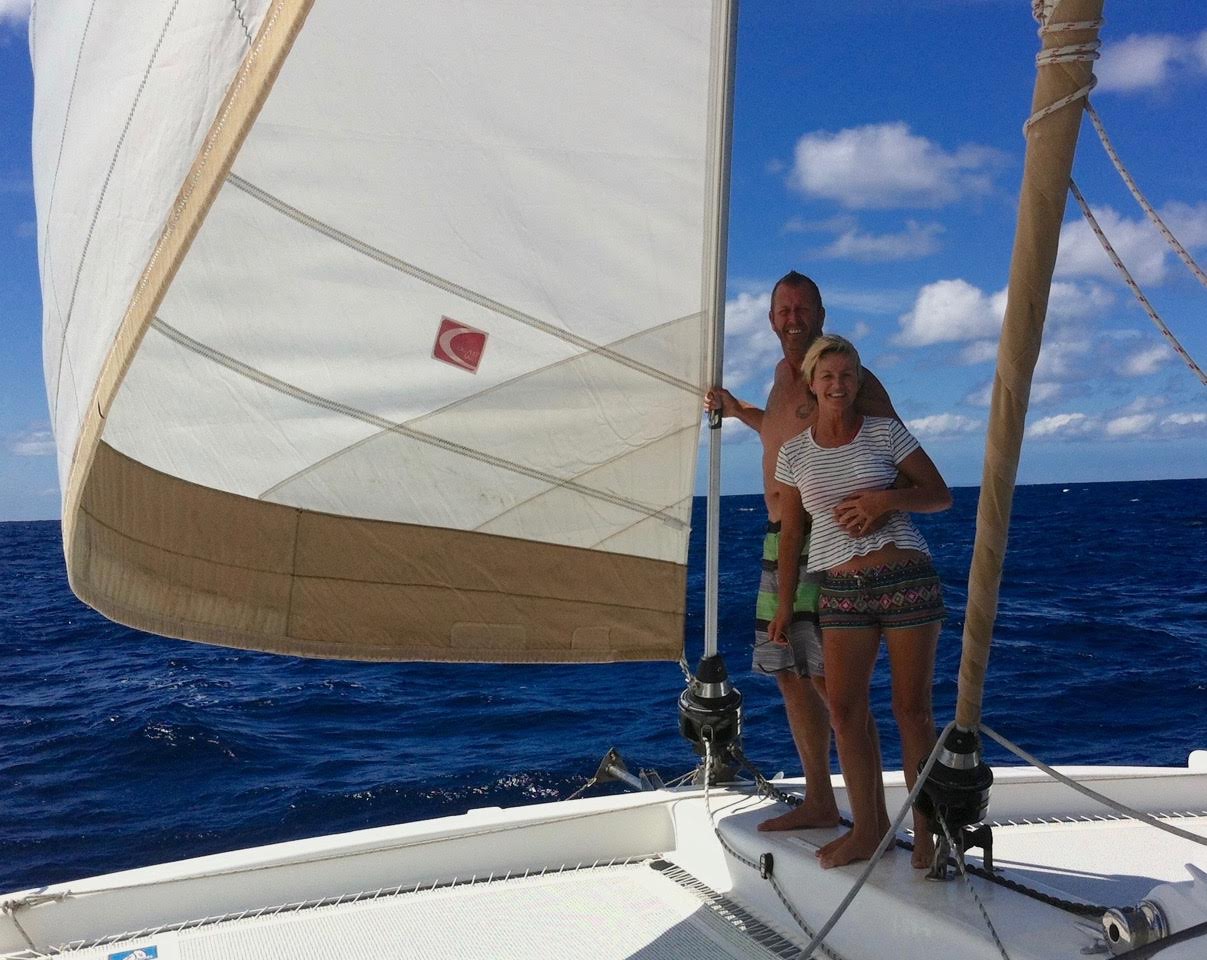 Readers may have seen the support Cruising Helmsman gave for the recent Down Under Rally.
The rally organiser, John Hembrow, has been nominated by John Thornely for the Cruiser of the year award to  be decided later this year.

It is with great pleasure that I put forward a nomination for John Hembrow (SV Songlines) for the ‘Cruiser  of the Year’ award.
I first met John and his wife Leanne in the Marquesas Islands of French Polynesia when we cruised across the Pacific in 2012. Not long afterwards we were stuck at a remote atoll in the Tuamotus group with an overheating engine and have John to thank for solving the problem for us. This was to become the start of a series of acts of support (and rescues) for us and other cruisers as we crossed the Pacific.

At least one boat has John to thank for even making the crossing. I can still hear the appreciation in the skipper’s voice on VHF and the calm professional response from John who would accept nothing for saving the yacht. It is just what cruisers do, especially this one.

We left John and Leanne in Fiji where they decided to slow down for a period. To say Fiji is a tricky place to sail is an understatement. Many cruisers have come to grief due to the lack of navigation aids and cruiser information available. Locals have done what they can with the resources available. However, it was John who, in association with the Island Cruising Association of New Zealand, was instrumental in 2013 in taking cruiser information to another level by providing funding, drive and experience to launch the SailFiji app for cruisers. This has become the ‘must have’ guide for cruisers in Fiji ever since.

John and Leanne have cruised extensively and a brief summary of their offshore cruising is as follows:

It has not always been easy for them. They suffered extensive damage as Cyclone Evan (category 4) passed directly overhead in 2012 while moored in Vuda Point Marina. Fiji. A year later they received further damage from a direct lightning strike while in the same location. In 2015 they had to deal with a decoupled engine shaft halfway between Australia and New Caledonia. A crewmember posted at the time: “what an adventure! Man I am getting great experience! John is a great captain and mentor, I feel safe with him.”

Before venturing to distant shores, John and Leanne cruised extensively along our eastern seaboard and still regard the east coast of Australia as amongst the best cruising grounds in the world. They became aware that overseas cruisers often overlooked Australia as a cruising destination; often as a result of misunderstanding and/or misinformation. They felt that there was no readily available and up-to-date information that provides cruisers with an overview of visiting Australia.
In 2015 John (along with Leanne) established, promoted and directed the inaugural Down Under Rally and sailed along with 25 yachts from New Caledonia to Newcastle. In the process promoting Australia and many local businesses while providing safety, navigation and entry information for cruisers undergoing the 990 nautical mile passage.

The rally included pre and post activities and festivities and was a huge success, great fun and very professionally managed. Participant’s testimonials included comments such as “remarkable job”; “simply amazing” and  “you’ve absolutely ruined us for any other rally – now we’re afraid no other event could possibly measure up to the standards set by your Down Under Rally.”

John and Leanne are  the cruisers’ ‘cruiser’.  Their life motto is ‘live the dash’, the dash being that line separating the date of birth and date of death on your headstone.

They are out there living the dream and providing a lead for others to follow. They sold out of a successful business to do what they love. Cruising is what they do and pretty much all they do. They have no land base to retreat to when things get difficult, they just deal with what comes as part of their journey through life.

John’s contribution to cruising goes well beyond what we regularly do for each other as cruisers. He has taken the extra leap to improve the safety and cruising enjoyment of fellow cruisers with his SailFiji app and Down Under Rally as well as promoting Australia and local business along the way.

I feel that John Hembrow is very deserving of the Cruiser of the Year award.

So do we John and we wish John and Leanne every success. If you know of someone you think deserving of recognition in the inaugural Cruiser of the year award then send your nomination (it might be yourself!) to the editor of Cruising Helmsman:

Want to know what we are looking for? Then go here:

Cruiser of the year guidelines