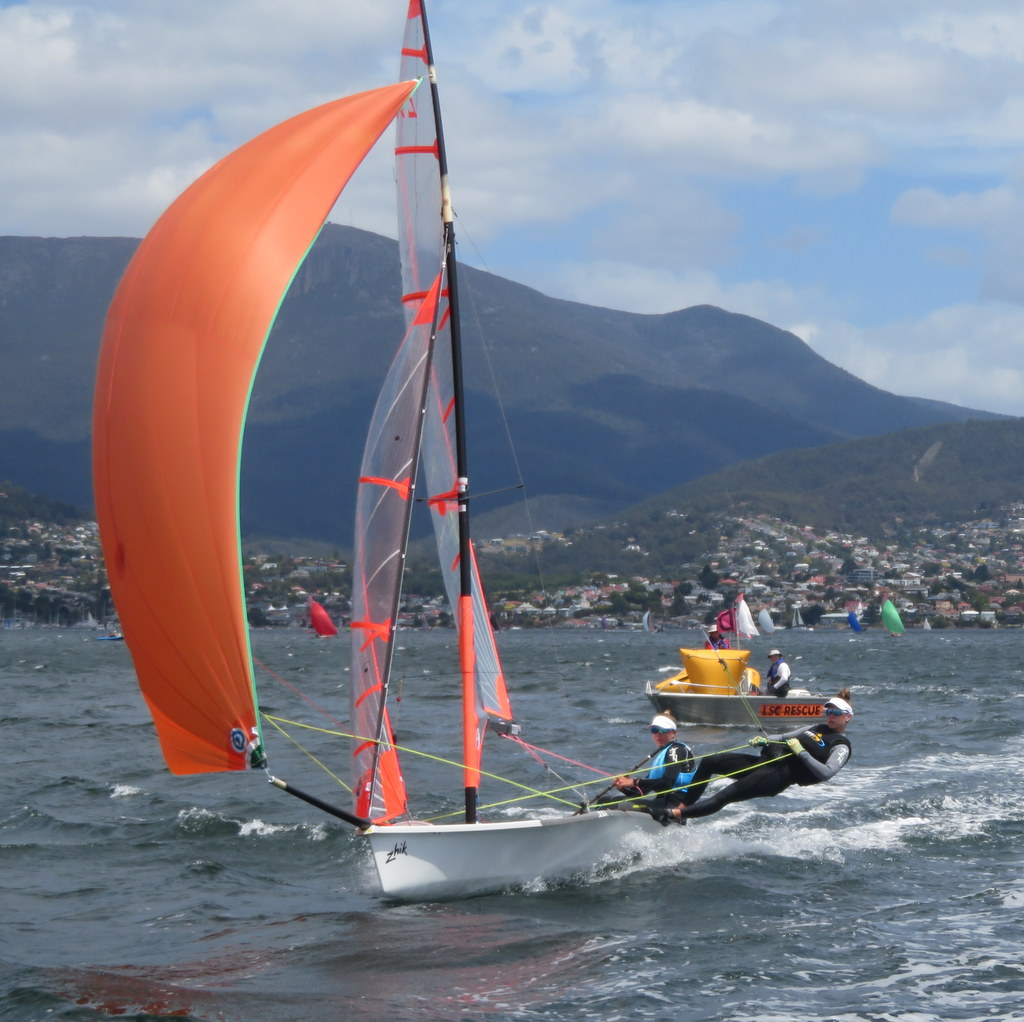 Cropley and Paul came from seven points down at the end of Sunday’s penultimate day to finish three points clear of Tasmanians William Wallis and Fynn Sprott.

The Tasmanians on Sunday evening suffered a major setback with a race incident disqualification in race eight, adding to their BFD (black flag) starting penalty in race nine.

The Middle Harbour Yacht Club crew sailed a brilliant final day, starting with a second to another Tasmanian crew, Oscar O’Donoghue and Rupert Hamilton. They then surfed away in the 18-20 knot sou’easter to win the final two of the 15 race series.

Wallis and Sprott were able to discard both disqualifications, but their final day result of 11-2-2 on the water was just not good enough.

In the 49ers, the Olympic two-male skiff class, Victorian brothers Sam and Will Phillips, finished with a remarkable 15 straight wins to take out the championships