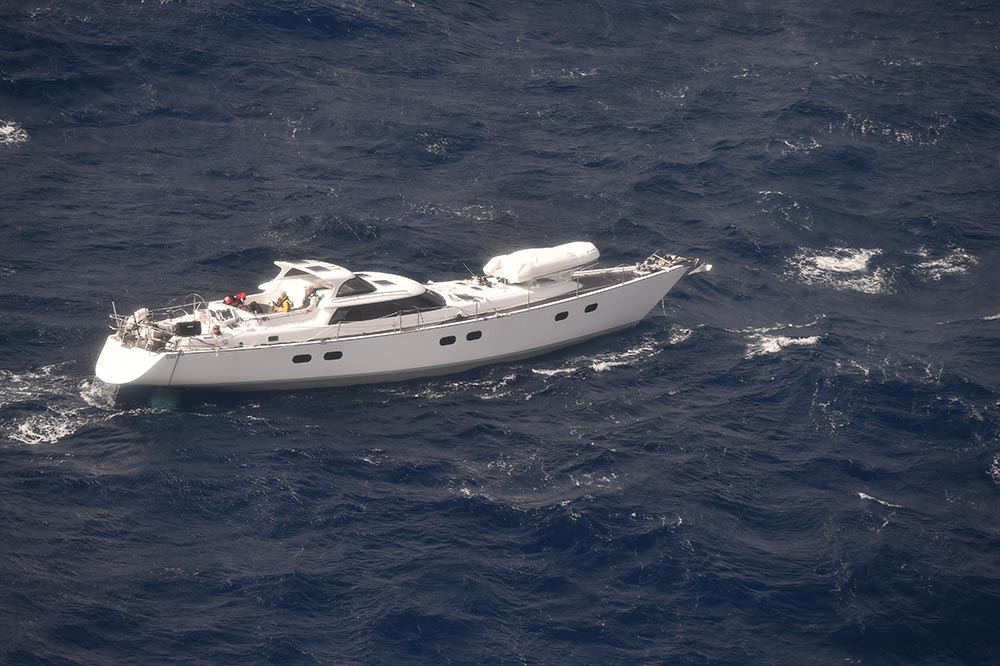 An investigation into a yachting tragedy in which two men died concluded not enough was done by crew members to save one of the victims after they were knocked overboard.

Nick Saull and Steve Forno died as a result of the incident on board the yacht Platino on June 13, 2016. While Saull was killed on board, Forno fell overboard and was never found.

Maritime New Zealand's detailed investigation report released on Thursday said the yacht's surviving crew “did not effectively employ all of the equipment available to them”.

“At no time during the accident, or the events that followed, was any item thrown overboard (or attempted to be thrown overboard) to provide the crew member in the water with flotation.”

The Platino, a 20-metre recreational yacht, departed Auckland for Fiji with a crew of five on June 11.

Just over 500 kilometres north of Cape Reinga, the yacht turned dramatically and unexpectedly to starboard. Within seconds the yacht had gone from sailing comfortably to being significantly damaged and effectively out of control, the report said.

“Instantly the boom swung across the stern striking one crew member, killing him instantly. The other fell overboard,” the report said. “All three surviving crew members saw the crew member in the water. However, no form of flotation aid or beacon was thrown overboard at any time in an attempt to improve his ability to remain afloat, or assist in locating him during the search.

“The crew's options were severely limited by the chaotic and dangerous situation on deck, and a lack of control over the yacht. However, it appears actions could have been taken in an attempt to assist the crew member in the water, but were not.”

An RNZAF aircraft was on scene within 90 minutes but was unable to locate Forno. The search was officially abandoned on June 15.

The three surviving crew members, Tory and Harry McKeogh and Ross McKee were rescued by a container ship.

The surviving crew said there was no opportunity, in the circumstances, to throw anything overboard because of the danger of the boom, which continued to swing across the yacht throughout the day.

The investigation and its finding has been labelled by Forno's family as a “disgrace”.