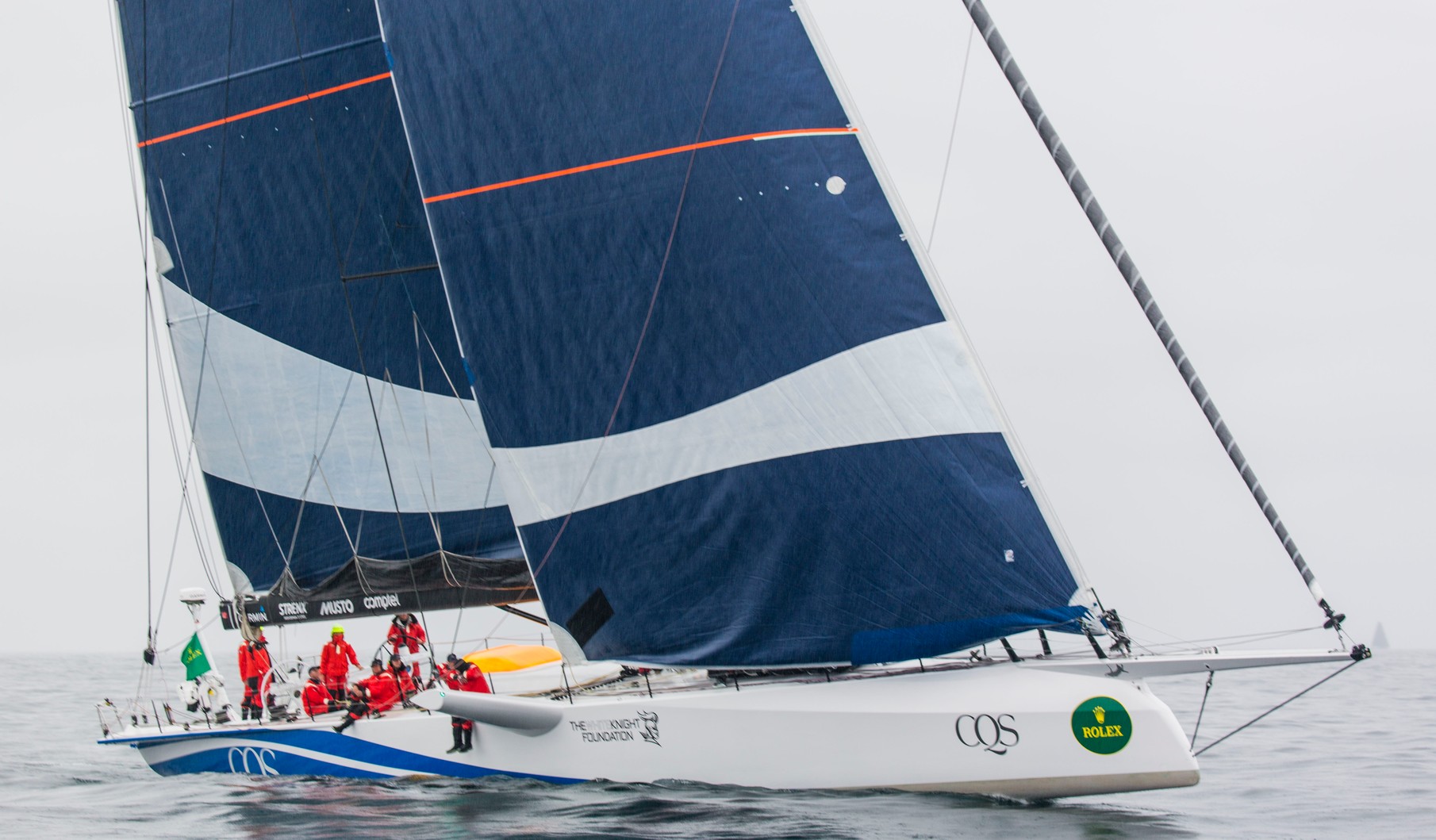 CQS was quick around the course - Daniel Forster

Helsinki, Finland: Ludde Ingvall’s super maxi CQS has taken line honours in what has been described as a challenging Alandia Surrsaari Race, taking just over 24 hours to complete the course.

With light winds throughout the race, the course record remains unchanged, still held by Ludde from a previous year.

Talking about the race after the finish, Ingvall said, “the race was a light wind race, we don’t mind light air, but we need good angles. As you saw when we came in, it was just 4 knots of breeze and we could do 11 knots. The problem was we never had good angles, so we were gybing and tacking all the way around the course.”

The race, a 168 mile dash from Helsinki around Surrsaari Island and back to Helsinki, took the fleet into Russian waters for part of the course.

This event was a home coming for Ludde, who was born and raised in Helsinki but now lives in Sydney, Australia, “this race means a lot to me, because this is where I was born, this is my home town, this is where my Dad taught me to sail”.

Despite the slow race, the skipper had a beaming smile when he finished, “doing this race with my cousin Michael Hintze and all my mates, this was incredible,” he explained. Amongst the crew he had friends who have either sailed with him, or against him, since childhood, “and now we’ve all sailed together on the same boat,” he added with great pride.

He will now be able to get his name engraved on the trophy that he donated several years ago, in memory of his father, for the line honours winner of the race.

The overall results will not be known until all the other yachts have finished.