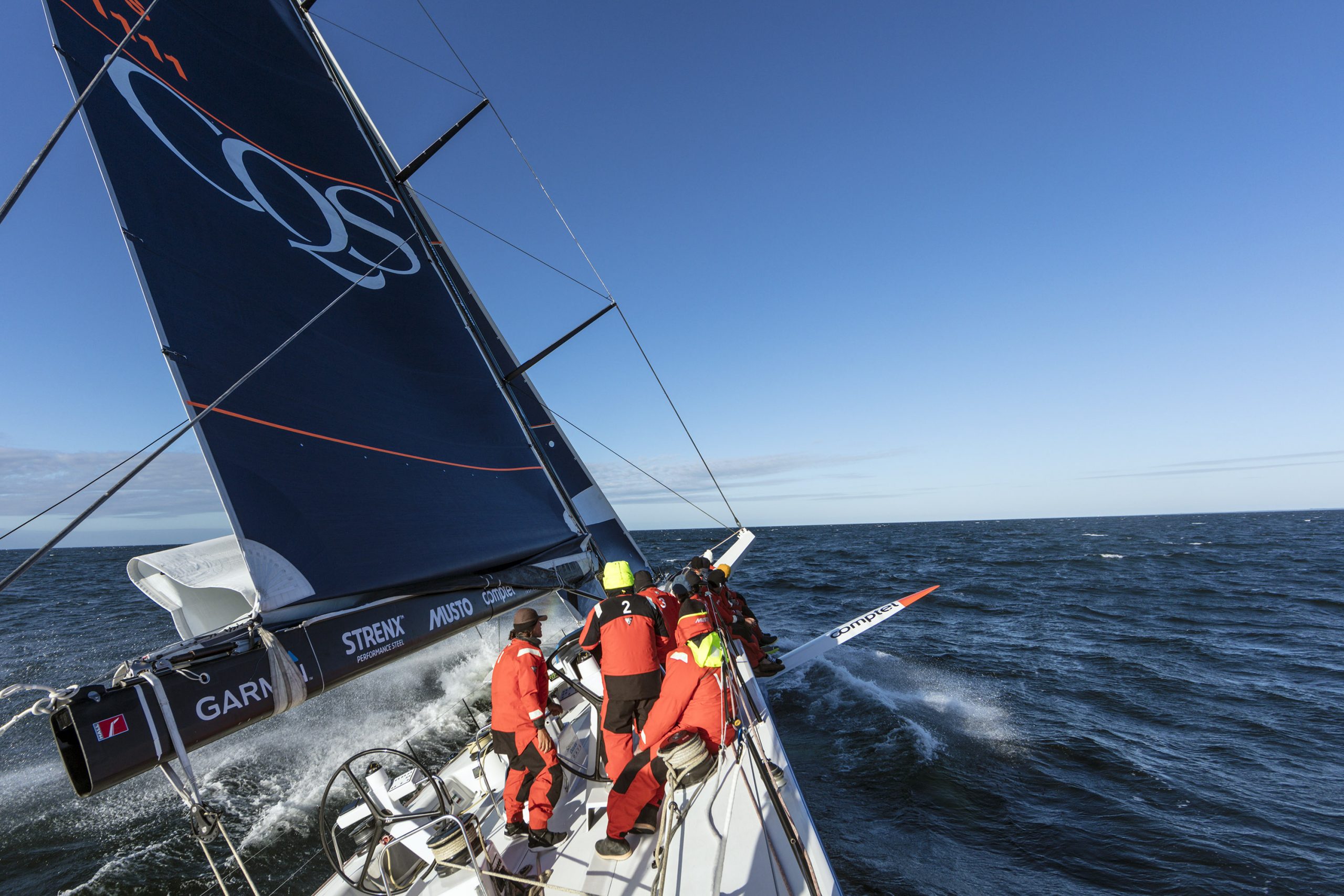 Ludde Ingvall with crew on the 100-footer CQS set a new speed record in ÅR Offshore Race – round Gotland, when entering the port at Sandhamn Monday evening.  Twenty years since he last broke the record he did it again.

CQS crossed the finish line as the first boat, but it will take another 24 hours or so before the winner of ÅF Offshore Race – around Gotland 2017, at recalculated time, can be named.

Ludde's deadline to beat the record was at 21:19:23, but he crossed the finish line at 20:51:35. He got the line honors in superior style, and also the speed record for monohulls. The record for multihulls is held by the Swedish trimaran HiQ.

The recipe to be fastest ever from Stockholm, round Gotland and back to Sandhamn? Build a fantastic, hundred feet long super-maxi with all the latest race technology in Australia, build a team of dedicated sailors who thinks that every meter and inch counts, bring the boat cross the world. Sail at the very top of your, your team's and the boat's ability.

”I am super happy. The wind died, and we were stuck out at Alma for an hour and thought that we shouldn’t make it. But we were lucky and we could cross the finish line with twenty minutes to go,” a pleased Ludde Ingvall says shortly after finished the race.

CQS is equipped with foils to help her come up in the water to lessen the friction. She also has canting keel. Since she is six meters deep under the water line, the navigation through the archipelago was exciting for Ludde and the crew.

“It was an amazing experience to sail “through the Swedish forest”. Tight, and close to both the other boats and land. I am very grateful for having such a fantastic crew that master all aspects of sailing.”

Apart from the newly set speed record in ÅF Offshore Race – around Gotland, Ludde has a fantastic list of merits with two wins in the Sydney-Hobart race, and one in the British Fastnet Race. He also had the speed records across the Atlantic for monohulls. He also was the skipper at the Finnish boat UBF in Whitbread Round the World Race 1989/90.

How far the time will take him in the overall competition remains to be seen.