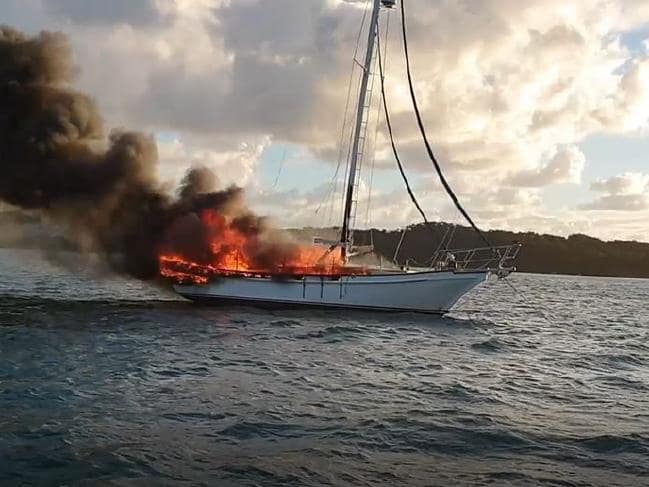 Water police responded to a yacht on fire south west of Moreton Island on April 20.

Just after 5.30am, police were called to a yacht which was fully engulfed by the fire. With the assistance of Queensland Fire and Emergency Services, the fire was put out.

A 64-year-old man, a 53-year-old woman and their pet Jack Russel, Charlie, escaped the burning yacht in their tender. Water police transported the trio to the Brisbane Water Police facility.

The couple, originally from Victoria, lived on the yacht. They and Charlie were not physically injured.

The cause of the fire is not considered suspicious and investigations are continuing.

“Water Police would like to give a timely reminder for all boaties to check their vessel is in a safe and operational condition, ensure they have the required safety equipment,” Acting Senior Sergeant Bairstow said. “Communicate their travel details so people know where you are and when you are expected to return.

“Water Police wish a safe Easter on the water.”