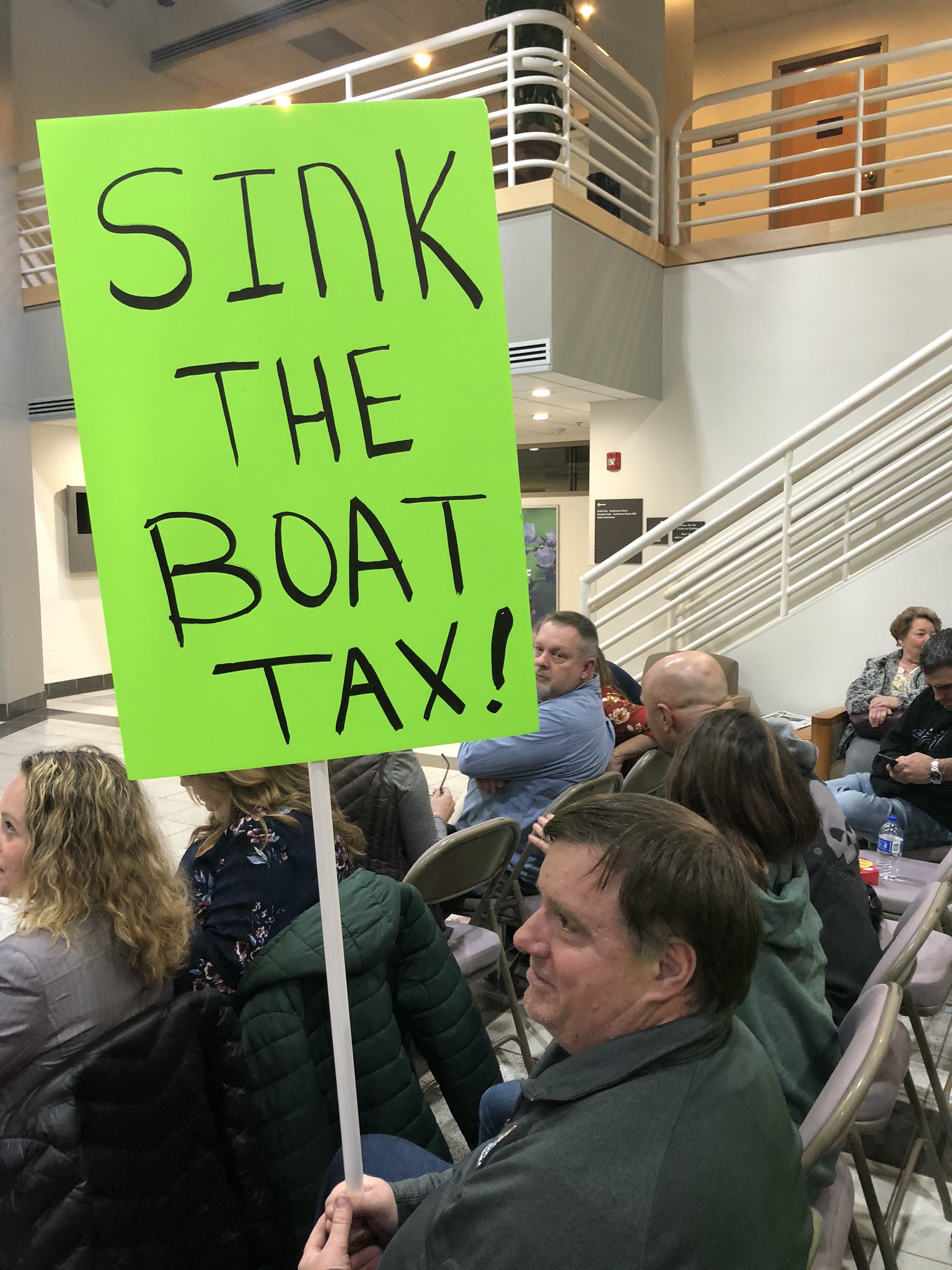 The message to politicians is clear – keep your grubby hands off our boats! A proposed boat tax by a County in Virginia in the USA has failed after a strong backlash. Let's hope politicians around the world – who spend their time dreaming up new ways to grab revenue so they can duly waste it – take note. This is the report from WJLA ABC7 by Heather Graf:

PRINCE WILLIAM COUNTY, Va. — After hearing from hundreds of concerned community members, Prince William County's Board of Supervisors will no longer pursue a proposal that called for a new personal property tax on boats and trailers.

At an at-capacity meeting on Tuesday night, Board Chair Ann Wheeler suggested the county abandon the idea. When her fellow board members agreed, the meeting room erupted in applause.

“Some of the clearest voices were people from the marinas. You know, these are our businesses, the economic backbones of important sections of our county, and I did hear them loud and clear,” Wheeler told ABC7.

“We needed to come up with advertised tax rates, because you can always come down from what you advertise, but you can never go up,” said Wheeler.

The board decided to advertise a personal property tax rate of $3.70 per $100 of assessed value on boats and trailers, though Wheeler said the budget process is just beginning and no final decisions had been made.

It's been more than 20 years since the county did away with the personal property tax on boats. When the issue resurfaced last week, it prompted immediate backlash among boat owners, along with marina and restaurant owners and their employees.

“I've already received over 12 people have have cancelled their slip rental. They are leaving this county and going somewhere else,” said Carlton Phillips, who owns Prince William Marina. “I've got 50 employees that are family to me, that I may have to let half of them go next month.”

Phillips said there are a total of eight marinas in the county. When it comes to the proposed boat tax, he said all of them are worried.

“We are very afraid of what this tax is going to do to our business,” said Dick Lynn, who owns Occoquan Harbour Marina. “My customers have made it very clear they would not keep their boats in Prince William County.”

Lynn, Phillips, and hundreds of others showed up at Tuesday's meeting of the Prince William County Board of Supervisors.
Though the proposed boat tax was not on the agenda, opponents of the tax planned to make their voices heard during the public comment portion of the meeting.

Many held signs that said “Sink The Boat Tax” or “No Boat Tax”.

“I want to address many in the room who are here to discuss the proposed inclusion of boats and boat trailers in the personal property tax rate,” Wheeler told the crowd.

Then, she proposed taking the boat tax off the table. Without objection from any other board members, that directive from the board chair took effect right away.

“We will be advertising a zero tax rate on boats for fiscal year 2021, as we have in the current year and prior years. So there will be no change in the boat tax,” County Executive Christopher Martino confirmed.

Phillips and many others in attendance called it a victory.

“Absolutely. I think we had close to 400 people here tonight,” he said. “We heard a big sigh of relief. Everyone was relieved.”
Still, he said he plans to continue to watch the budget process closely over the next few weeks.

“I'm pleased they reconsidered, but I'm still leary that they could come back at a later date and reinstate it,” he said. “This is my livelihood. This is my life.”