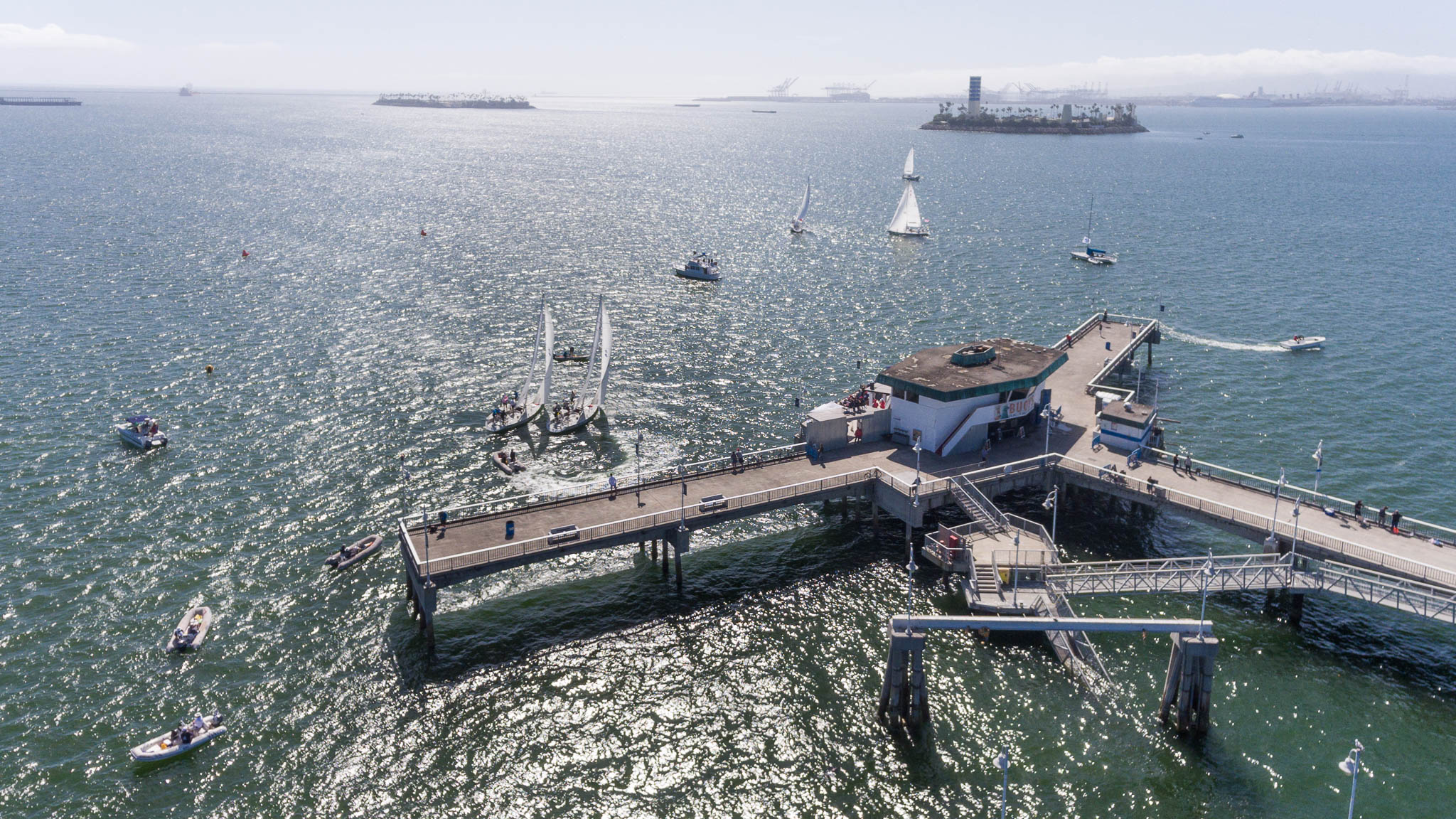 California: Long Beach Mayor Robert Garcia will help Long Beach Yacht Club kick off the 57th Congressional Cup regatta with a ribbon cutting and re-dedication of Congressional Cup Stadium Tuesday April 19 at 9:00AM; while the thrilling on-the-water competition starts at 11:30AM.

Congressional Cup Stadium is the race course situated off Belmont Veterans Memorial Pier at 39th Place and E. Ocean Blvd., where Congressional Cup racing takes place,  and also where Olympic sailing events will be held during the 2028 Summer Games.

Congressional Cup, founded and hosted by LBYC, is one of the pre-eminent yacht racing events in the world. A select Grade 1 Event it is also a flagship of the World Match Racing Tour. Attracting the top-ranked skippers and crews each year, the event will bring 10 teams from across the globe to Long Beach for five days of heated competition April 19 to 23, 2022.

“On this occasion of the 57th Congressional Cup, LBYC and the worldwide sailing community salute and thank the visionaries who created ‘the Grandfather of Modern Match Racing’,” announced 2022 Chair Lisa Meier. “The Congressional Cup is the oldest continuously held match race event in the world. This regatta pioneered the concept of on-the-water umpiring, and set the standard for top-level match racing. And the list of past winners reads like a Who’s Who of America’s Cup champions,” Meier continued.

“The establishment of the Congressional Cup markedly influenced the long-term nature and focus of LBYC: truly, the exquisite hand-etched silver cup and the prestige it represents has become what founder Bill Dalessi and the LBYC Board envisioned: ‘a most highly sought-after trophy by the yachting fraternity.’”

The success and reverence of the Congressional Cup has cemented LBYC’s position as a leader and innovator in the sport of sailing; hosting one of the most coveted events in the global yachting community. Indeed, the eyes of the world will once again be on LBYC during the third week of April, with more than 4,200 media outlets, platforms and stakeholders eagerly awaiting daily results and dispatches.

Social Media platforms will feed virtual spectators real-time and up-to-the-minute coverage; while on site scores of visitors will zero in on the Belmont Veterans Memorial Pier to enjoy the action live.

Spectators will be welcomed with a new ‘Congressional Cup Walk of Fame’. Like the stars of Hollywood: each of the previous champions’ names will be emblazoned on the pier, and lead up to shaded stadium seating, food and drink vendors in a festive atmosphere – with no cost to attend. Professional commentator Tucker Thompson, known as ‘the Voice of America’s Cup,’ will regale visitors with play-by-play of the intense on-the-water competition. Signage and spinnaker logos boast of sponsorships, while the flags of participating nations flap in the breeze.

Congressional Cup provides a multi-sensory experience which carries on to LBYC post-racing, when the teams return to the docks and the grounds are abuzz with excitement.

“The friendly reception we get from all the club members and staff at the LBYC make the Congressional Cup one of the highlights of our calendar,” explained competitor Williams, who was forced to sit out 2021 due to travel restrictions. “We are really excited to return after the long absence!” A unique combination of unparalleled hospitality alongside superior competition makes the Congressional Cup one of the most desirable events in the world.

After a practice day, Monday April 18, the double round robin series commences Tuesday April 19 starting at noon, with teams battling two-by-two aboard equalized one-design Catalina 37s keelboats. This format fuels excitement, as the players dial in the boats, tune in to conditions, and sharpen their skills. This rousing competition delights both racers and fans, who watch the combat from the Belmont Pier.

Round robins continue through the week with semi-finals and petite finals, culminating with the final matches Friday and Saturday April 22 and 23. Only one skipper and team will reach the pinnacle, to win the Congressional Cup and don the coveted Crimson Blazer: yacht racing’s equivalent to the The Masters’ green jacket.

“As one of the founding events of the World Match Racing Tour, the Congressional Cup has always been one of the most sought-after events to win by match racing teams all over the world. We are delighted for the Congressional Cup to be the curtain raiser for the 2022 WMRT and look forward to joining everyone at LBYC again in April,” noted James Pleasance, WMRT Executive Director.

For further information on the 57th Congressional Cup, see: https://thecongressionalcup.com

For a taste of the action, go to: https://youtu.be/7u0tyWT4mXQ