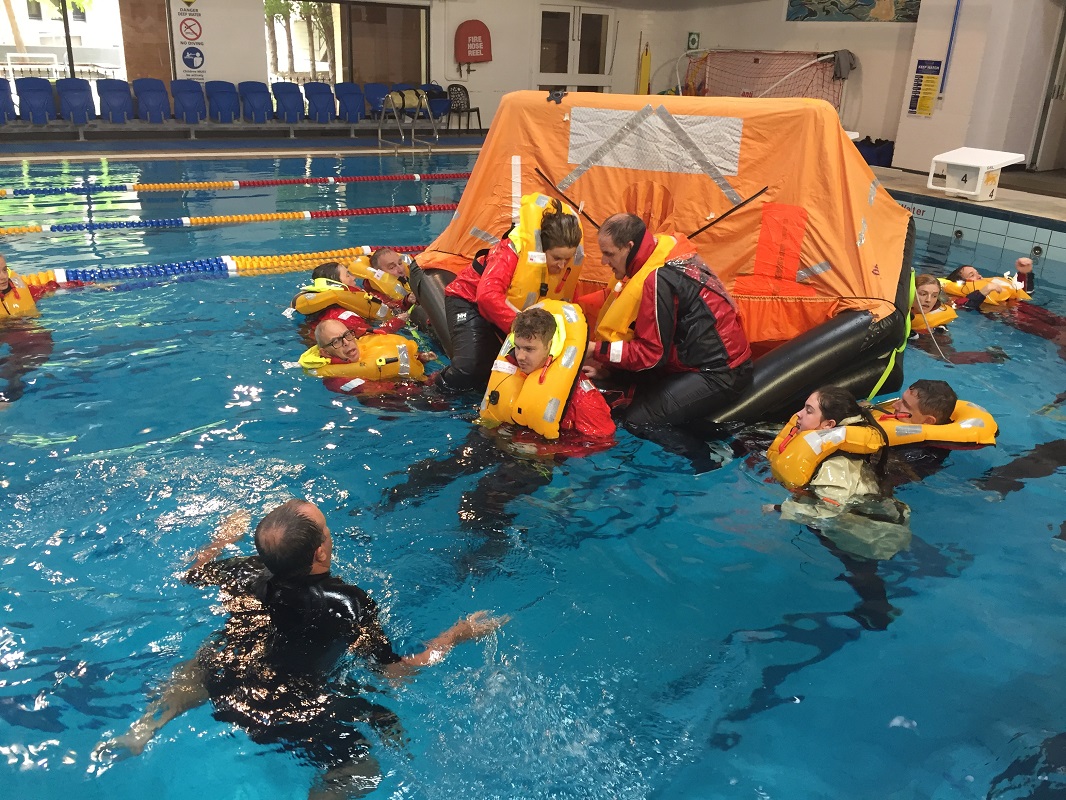 With the first of multiple starts for the Sundance Marine Melbourne Osaka Yacht Race just eight days away, both excitement and pressure are tangible at Sandringham Yacht Club (SYC), where most boats are berthed and the double-handed crews continue to beaver away as they make final preparations.

“All but five of the 24 boats have arrived,” says Melbourne-Osaka committee chair, Martin Vaughan from the Ocean Racing Club of Victoria. “Most are now berthed at Sandringham Yacht Club, where their crews are undertaking final preparations. You can definitely feel a buzz and nervous tension in the air,” he said.

The countdown is on and first away will be Joanna Breen and Peter Brooks on Joanna’s S&S 34, Morning Star, on 15 March, at 12pm. The next start will take place on 18 March, followed by the main start for the bulk of the fleet on 25 March, then the last, larger boats will leave on 1 April, the idea being for the fleet of 24 to finish close together. All starts will take place from Portsea Pier.

One of the last away will be Rupert Henry’s JV62, Chinese Whisper, from Sydney. Henry says he and his friend Greg O’Shea are prepared: “We had to turn an 18-handed boat into a double-handed boat in a fairly short time, because I only got the idea to enter in October. I was looking for something to do and this race was perfect, it gives us something to aim for.”

Henry has previously effectively done a bit of single-handed sailing. “For years I cruised my J/65 in Rhode Island with my family, which was really sailing the boat on my own.  I have literally copied systems off that boat to Chinese Whisper.

“Boat is ready to go – we’ve done a lot of offshore testing with news systems already. Off into the wild blue yonder shortly to find any gremlins,” says Henry, who adds: “We will get to Melbourne as late as possible – we live Sydney, so it’s easier to work on the boat here rather than travel back and forwards.”

The Sydneysider explains his desire for the race: “I have a big fascination with IMOCA’s in Europe and the circuit and always had an interest in the Melbourne-Osaka as well. I remember talking to Jon Sayer around 20 years ago and he’d built a boat to do race – I thought it was a cool thing to do. It combines competitiveness with adventure – highly technical.”

There are representatives across Australia and internationally, with entrants from Victoria, Western Australia, South Australia, Queensland, NSW, Tasmania, Hong Kong and Japan. “There is even talk of a ‘State of Origin’ rivalry,” Vaughan said.

Last Wednesday night, competitors were taken through their paces with a medial seminar. Four doctors, including former Melbourne-Osaka competitor Rosie Colahan, were on hand to given lessons in how to inject a needle, bandage wounds and how to cope with a medical issue at sea.

The session brought medical issues sharply into focus and made the 5,5500 nautical mile race, which could take up to 45 days or more for some, very real.

A Safety and Survival at Sea course was held on the weekend for this Category 1+ race. Crews are busy, sorting out their customs documents, a sail repair seminar is on this week with Blake Anderson from Doyles presenting, while the shipping container is in place at SYC, with the packing to take place on Saturday – and then it’s Osaka bound.

“This race is unique – to finish is to win. While a podium place would be great, for most it is like a marathon – success comes from finishing this monumental event,” Vaughan said.

A total of seven Melbourne Osaka double-handed yacht races have been conducted in the past, held approximately every four years from 1987 to 2013. The race record of 26 days 20 hours 47 minutes 6 seconds, has been held since 1995 by Grant Wharington and Scott Gilbert with Wharington’s 50ft Wild Thing.

With improving technology and newer lighter boats, there will be a real opportunity for the likes of Chinese Whisper and the Chris Barlow owned Lord Jiminy, to have a crack at it.