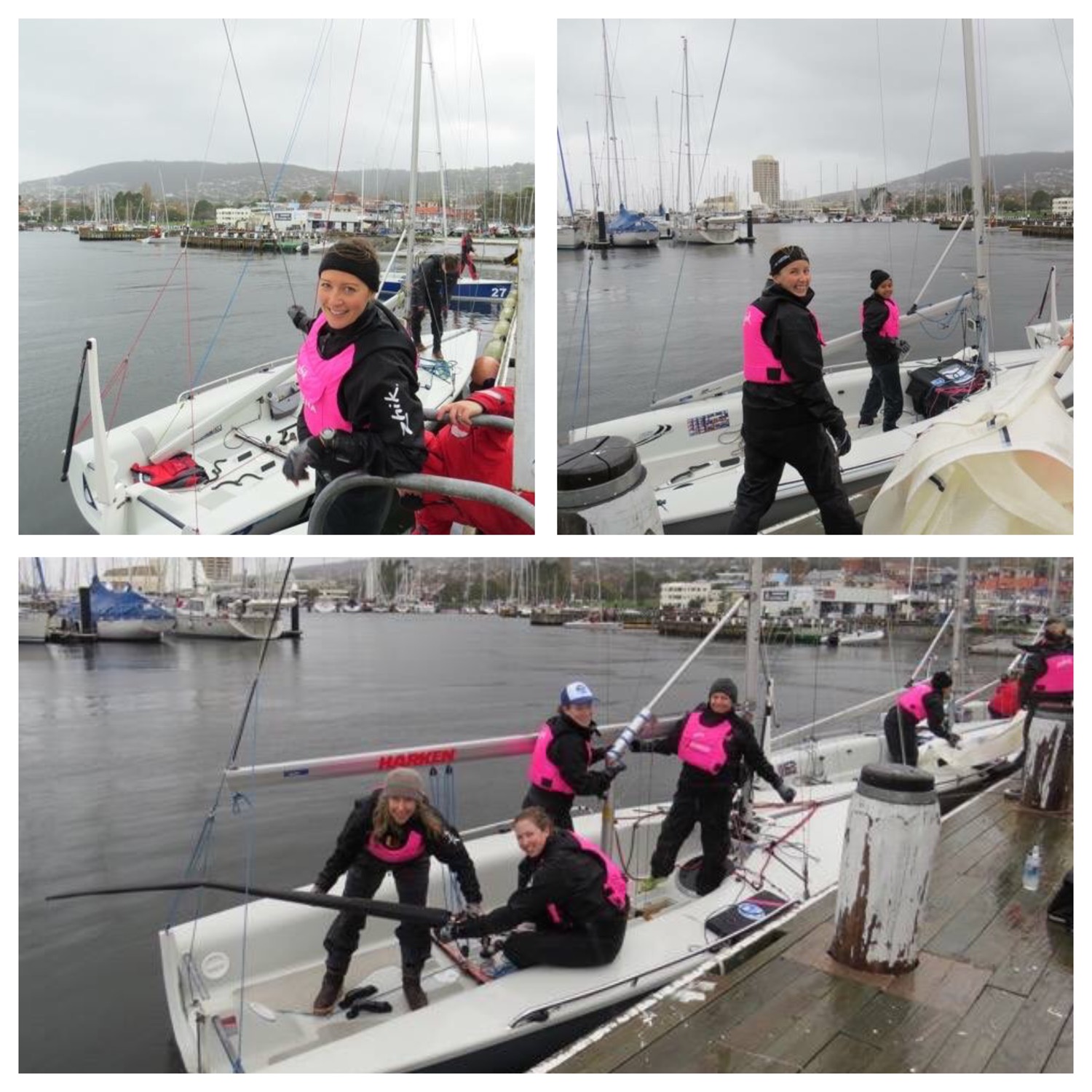 SB20 one-design sportsboat enthusiasts Brett and Jacinta Cooper yesterday sailed their brand new boat, Aeolus, to a win on its first day of racing in the Derwent Sailing Squadron/Cascade Winter Series on the River Derwent.

The smart performance by Essence of Athena gave the Athena Sailing all-women crew first place on PHS scoring in race two from Aeolus and Power of Athena.

Yesterday’s SB20 fleet of 16 boats was the biggest so far in the DSS Winter Series and included four SB20s from the Athena Sailing women’s sailing program. The enthusiasm for sailing on the River Derwent mid-winter augers well for big fleets of SB20s racing this summer, with 42 boats now owned in Hobart.

After eight races (two each day) so far in the Winter Series, Wicked heads both the One Design and PHS categories in the SB20s. Difficult Women is a close second with Foreign Object (George Peacock) third in standings.

Shaun Tiedemann’s Sydney 36cr Philosopher won Division 1 from series leader Zephyr (Ian Johnston) and Juana (Jock Young). Shaun was on the helm today as his son, Sam, had got a late call to join the crew of Alive at Airlie Beach Race Week in the Whitsundays.

With a consistent scorecard of 1-5-1-2, Zephyr has a handy five points lead going into the final race of the DSS/Cascade Winter Series Division 1 from War Games (Wayne Banks-Smith) with Philosopher and the classic 8-metre yacht Juana (Jock Young) vying for third place overall.

The fifth and final DSS Winter Race is scheduled for Sunday, 4 September.

However, Another Toy still heads the leaderboard, three points clear of Wildfire (Jon Ettershank) with Vasco four points back in third position.

Going in the final race of the Winter Series, Serenity has a three points overall lead from Dynamo with Cool Change four points back in third place.