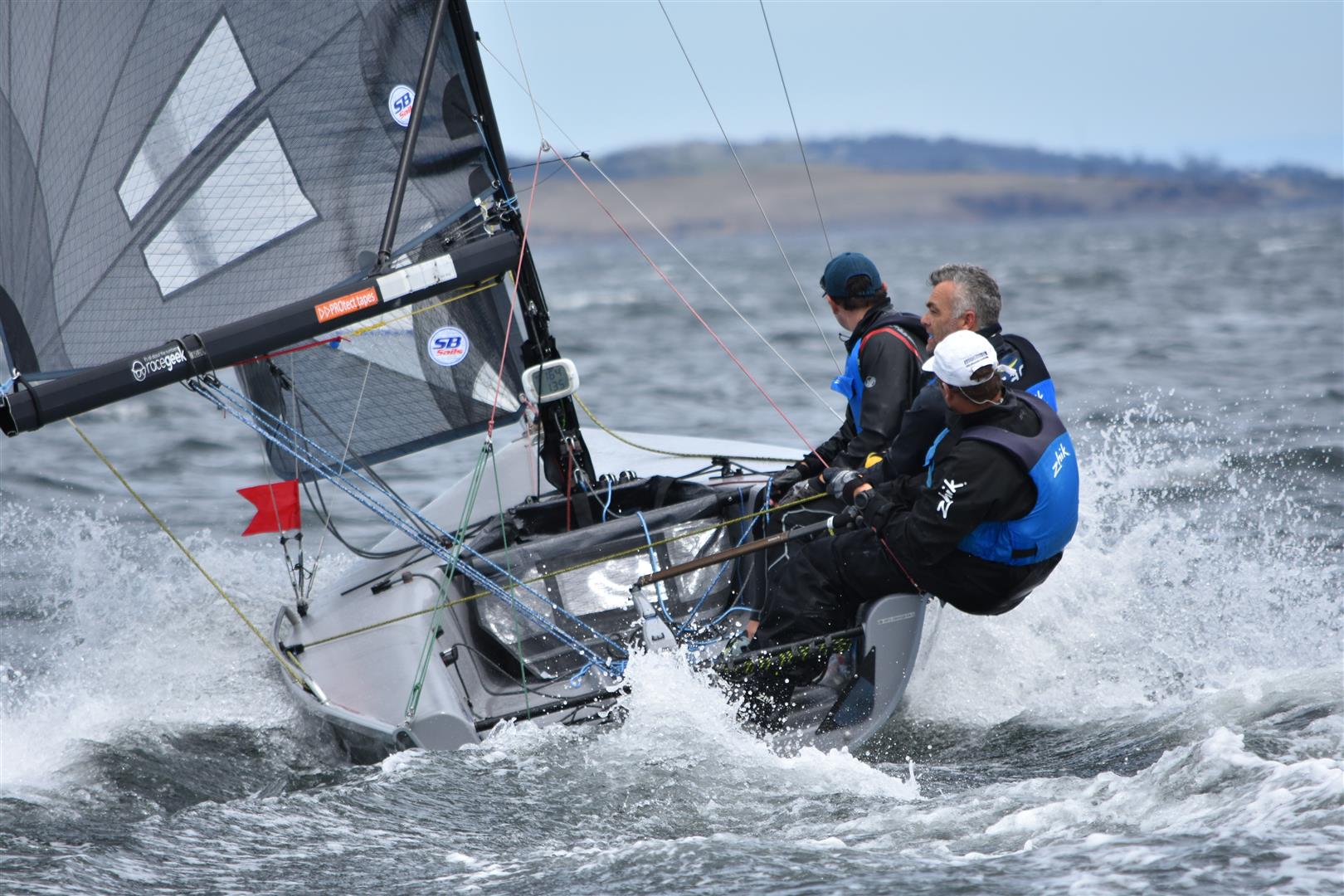 Both have crack international sailors in their crews, calling tactics in this intense lead-up regatta to the World championship here on the Derwent in early January.

In yesterday’s penultimate of windward/leeward racing on a boisterous river, Brett Cooper began the day by sailing Aeolus to the overall lead with his fourth win of the regatta, followed by two seconds.

However, Michael Cooper (they are not related but both are well-known Hobart businessmen) then through down the gauntlet, steering Export Roo to a second place and two wins.

Going into today’s final races nine and ten, Aeolus has a net 18 points on the leader board, giving Brett Cooper a handy five point margin from Michael Cooper whose Export Roo has a net 23 points.

Still hanging in there is early leader Rob Gough, sailing Difficult Woman, which yesterday had a 5-4-3 results to be on 26 points for third overall. In fourth place is class veteran Nick Rogers in Karabos, with a net 32 points.

Michael Cooper has brought again together the crew that almost won the 2017 SB20 World championships at Cowes, England, David Chapman from Sydney and Gerry Mitchell from the UK.

Yesterday’s racing saw the SB20 class at its most spectacular racing on a day that began on a white-capped River Derwent, whipped by north-westerly winds of 26 knots with gusts to 30 knots.

“It was tense on the battlefield,” yachting photographer Jane Austin reported, with some dramatic events on the course including at least two MOBs (man of overboard) situations.

Blue Gull had a crew in the water just before the start of race one while skipper Steve Catchpool slid off the stern of Hypertronics in a big broach. Both were recovered by their crews.

Several boats were forced to retire with broken rudders and one boat broke its mast while sailing out to the start off Howrah. Among the retirees was the New South Wales entry Brazen (Jervis Tilly).

The last two of the ten race regatta will be sailed on the Derwent this afternoon with the scheduled start of race nine at 1.00pm.