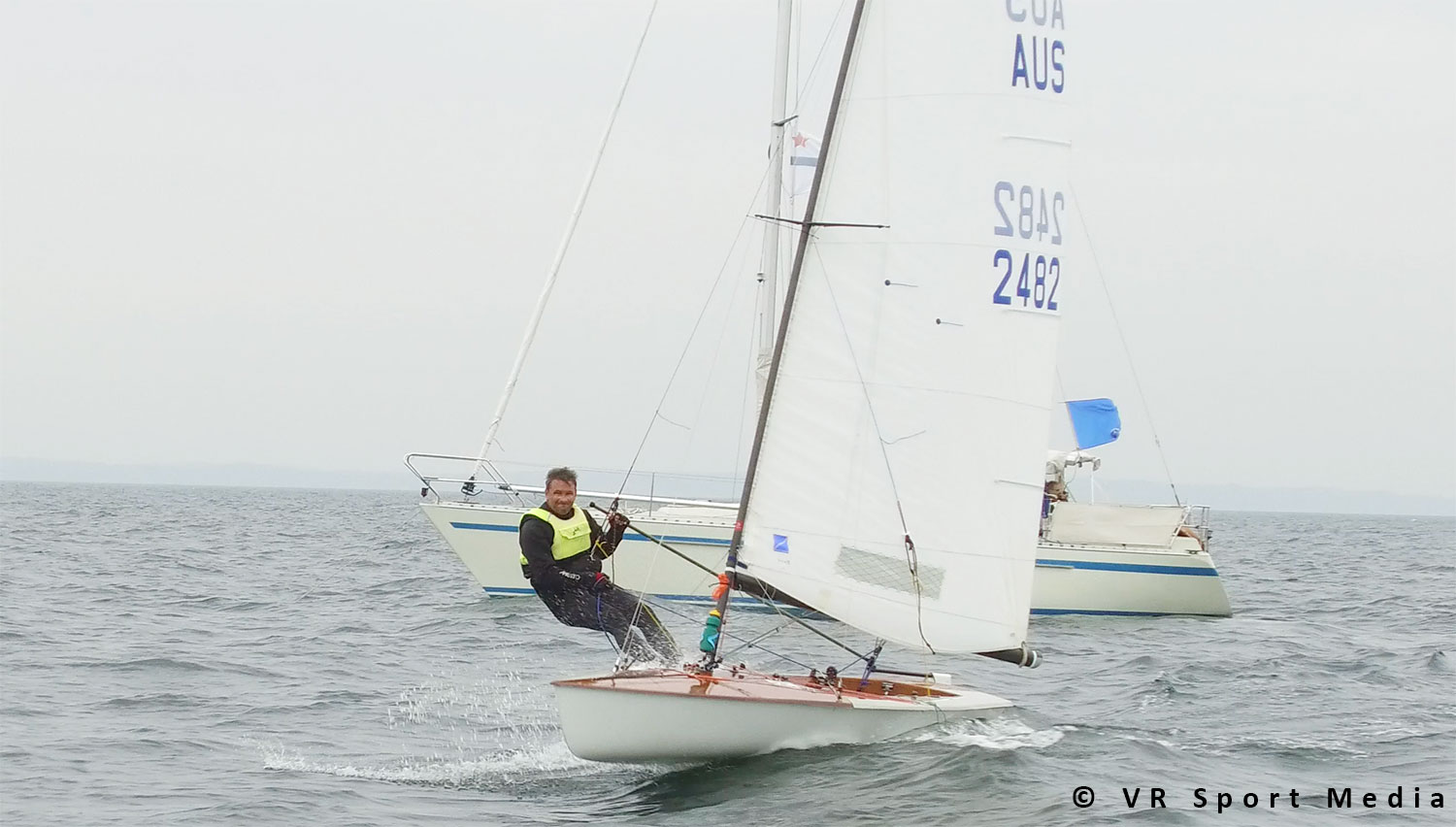 Jason Beebe was continuously looking over his shoulder throughout the fourth day at the Contender Worlds in Sønderborg, Denmark. Keeping a close watch on his fellow Australian, Mark Bulka, he stretched his winning streak with a further two bullets in Race 6 and 7.

Mark is still in contention going into the final day but is trailing by 8 points, picking up a second and fourth, to enable him to retain his world title.

Race 8 proved to be a topsy-turvy event with a rain storm during the earlier stages and large wind shifts dropping the two leaders down to mid fleet and mid fleet to the top. A great achievement for Gerhard Gotz to pick up his first win of the Champs with a normal average of 50th throughout the regatta. The beers were on him at the Sønderborg Yacht Club after racing.

Highcliffe Sailing Club Master sailor, Gary Langdown, had a strong day too with two thirds and in the final race managed to salvage a 17th.

So the next Contender World Champion will be Australian – which one will it be? Light winds predicated so Mark Bulka is certainly praying for wind and Jason Beebe is having his neck massaged in preparation for the final show down.