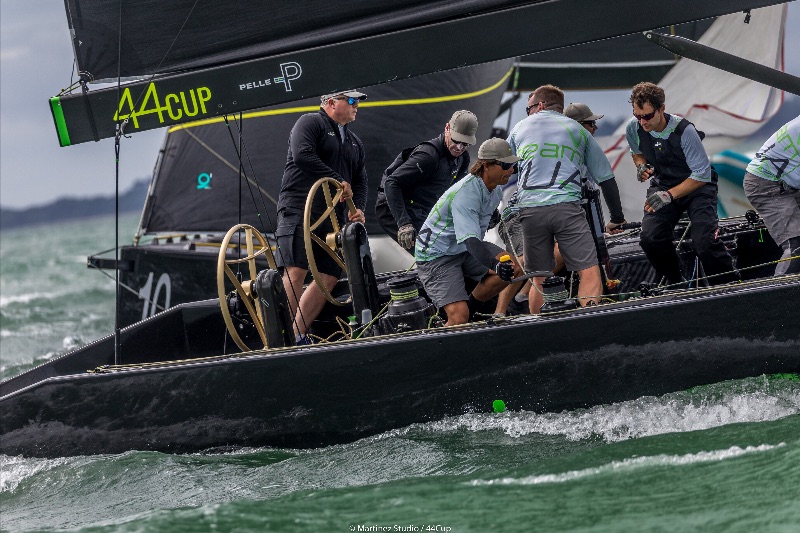 Alpeph Racing is leading the 44Cup Cowes by 3-points after one day of racing. 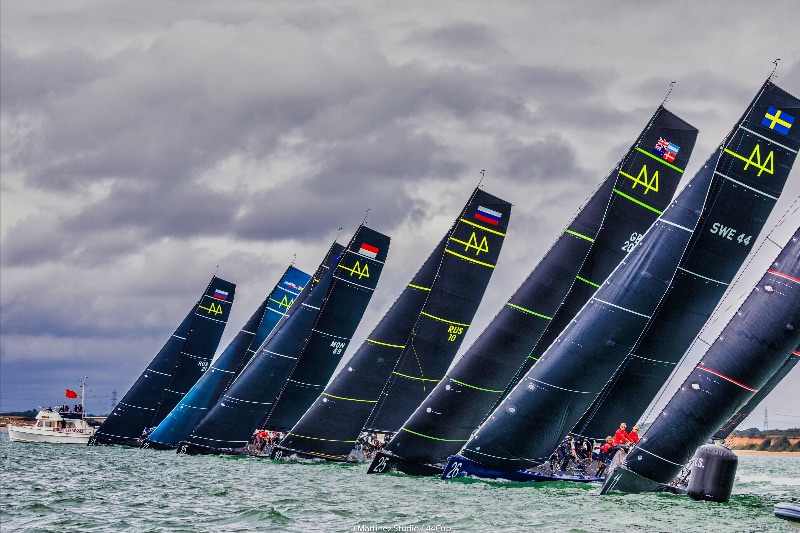 The fleet of eight yachts produced some high-quality race starts on the first day of competition.

Hugues Lepic’s Aleph Racing is currently leading the 44Cup in Cowes after having podium finishes for all three races.

The morning had started with just 8-10 knots of breeze and flat seas but, as the day played out a series of subtle changes took place that kept everyone from trimmers to tacticians on their toes.

The two most notable factors involved the breeze building to a peak of around 15 knots and the tide turning in the middle of the day. Both helped to deliver some very close racing and revealed one team in particular that was clearly in the groove.

Yet, before a single point had been placed on the board, the evidence as to just how closely fought the 44 fleet is came as the first start gun was fired. Ten seconds before the gun went the bows went down as the fleet put its collective foot to the floor. The entire eight boat fleet was now at full pace and crossing the line as one, each yacht clearly eager to get their nose out in front.

the approach to the first windward mark was tight, before the east going tide helped to stretch the fleet. Yet, as the day played out the tide turned and compressed the fleet with each windward mark rounding.

Scoring the first win of the event was Team Aqua, but owner Chris Bake was taking nothing for granted.

“Coming back to the UK and sailing in the Solent was always going to be special for us, but to start off strong with a win in the first race was especially satisfying,” said Bake. “We had a few issues today with our mast track and it didn’t feel as if we ever started that well but we managed to hang in there. So, to finish the day in second overall is a good place to be.”

An even better place to be was aboard Aleph Racing, who are now leading overall after the first day of racing.

“We liked the flat water and 12-15knots of breeze,” said tactician Michele Ivaldi. “Three, two, one is always a good way to start a regatta, but while we came away with good results, it wasn’t that easy.

“On the first round of the last race halfway down the downwind leg we were 300m ahead and by the bottom gate we were just one length in front of the second boat. That’s the spirit of this class, this is what happens every regatta, we find we’re fighting for every centimetre.”

Team CEEREF’s are currently sitting in third place. Tactician Adrian Stead said, “For me the key to these events is being in the top three every day. If you can do that for four days, you’ll be in pretty good shape.”