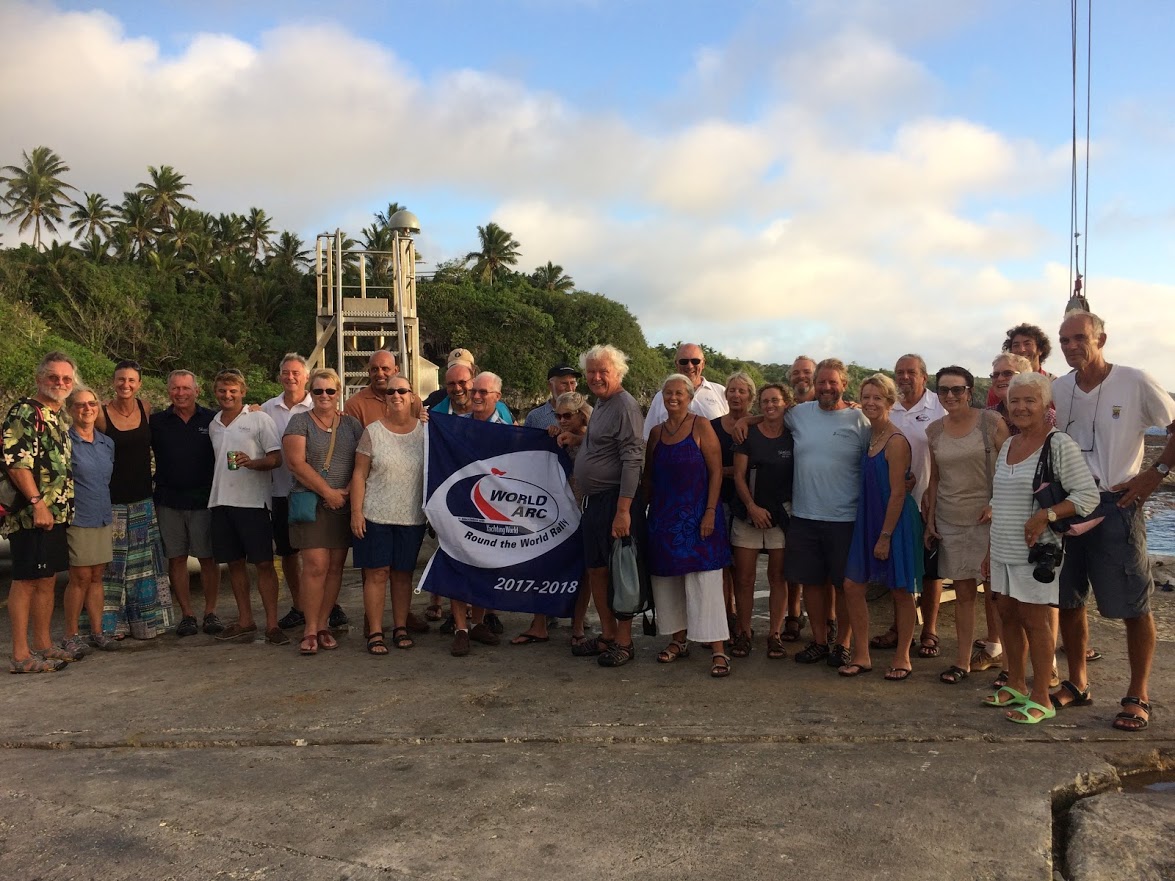 16/04/2019
Round-the-world rally World ARC 2018-19 officially came to an end on Saturday 13th April with a special day of celebrations to mark the conclusion of this unique sailing journey. Returning to the shores of Saint Lucia, thirty-eight crew members of sixteen yachts completed their global circumnavigation that has seen them cross three oceans and visit in excess of eighteen countries during an unforgettable voyage supported by rally organisers World Cruising Club.
Sailing in company to beautiful, fascinating and welcoming places and covering some 26,000nm has been 'a truly memorable experience', bringing together a diverse band of sailors from all over the world who now join a select group of people who have circumnavigated the world on board their own boats.
The Parade of Sail and a special end of rally dinner provided a fitting finish to the adventure. Excitement swept through the docks of Marigot Bay Resort and Marina as crews prepared for the ceremonial last leg to cross the line in Rodney Bay from where the fleet started many months ago.
With World ARC following the classic trade-wind route, thirteen boats began their adventure from that very spot in January 2018, whilst others have taken a year or two out to explore Australasia before rejoining the subsequent edition.
“The last day of World ARC is always very special, with a great atmosphere much enjoyed by everyone.” Remarked World Cruising Club's Managing Director Andrew Bishop. “Re-crossing the start line in Rodney Bay is an emotional moment for those completing their circumnavigation, and is deservedly celebrated in style. World Cruising Club helps realise participants sailing dreams and ambitions, and a circumnavigation with World ARC tops them all. Congratulations to this years' circumnavigators!“
The ralliers' 'homecoming' to Saint Lucia was supported by sports fishing boat Reel Extreme with owner Bernard Johnson, himself a participant from ARC 1995, on board to escort the fleet from Marigot Bay before positioning to mark the finish line. To join in the celebration and welcome participants, representatives from World ARC's local supporters from tourism, events and maritime organisations were there to applaud the arriving crews. Once safely berthed on the docks of IGY Rodney Bay Marina, they gathered for a short drinks reception hosted by General Manager Sean Deveaux and his team.
The final rally dinner was held at the Mystique Royal St. Lucia hotel providing an evening of celebration and reflection about the rally. “It's with a huge sense of achievement that Misto is back in Rodney Bay and we have celebrated the official end of the World ARC,” said Ros & Howard Cheetham from North Carolina. “I still do not believe it, we worked hard for 3 years to make it happen and now it is done. What we are going to do tomorrow?!“
The conclusion of the rally was hailed as a bitter-sweet moment as crews will now begin to go their separate ways. Future plans are as varied as the number of boats, with some set to be sold, and others sailing back to be based in home ports far and wide. Others are not done with ocean sailing just yet and will be continuing to enjoy the rally spirit by heading to the Mediterranean with ARC Europe, or America with ARC USA.
Perhaps even another circumnavigation beckons for Bones and Anna Black from Bowman 57 Emily Morgan, “Participating in World ARC saved a year of planning, and has been a great opportunity to see everywhere on the route so we know where to go next time round! There have been too many highlights to have a favourite, although standing on the edge of the live volcano Mount Yasur on Tanna is high on the list!“
Denis and Brigitte Chabassiere from PretAixte summed up their 16 month sail on board the Xc-42 with their favourite benefit of the rally, “The highlight of the circumnavigation has been the camaraderie, on the boat, within the World ARC group, and the people we have met. World ARC is like a family and everyone is smiling!“
As the curtain falls on another hugely successful World ARC rally, the stories of these sailors as they go their separate ways will be set to inspire many more future circumnavigators. World ARC has starts from Saint Lucia (January) and Australia (September) each year, with a multi-national fleet sailing the world's oceans and achieving the dream in company. Cruising sailors looking to fulfil the ultimate bucket-list dream are encouraged to start planning now for their own adventure and entries for the 2021-2022 edition of the rally will soon be open.