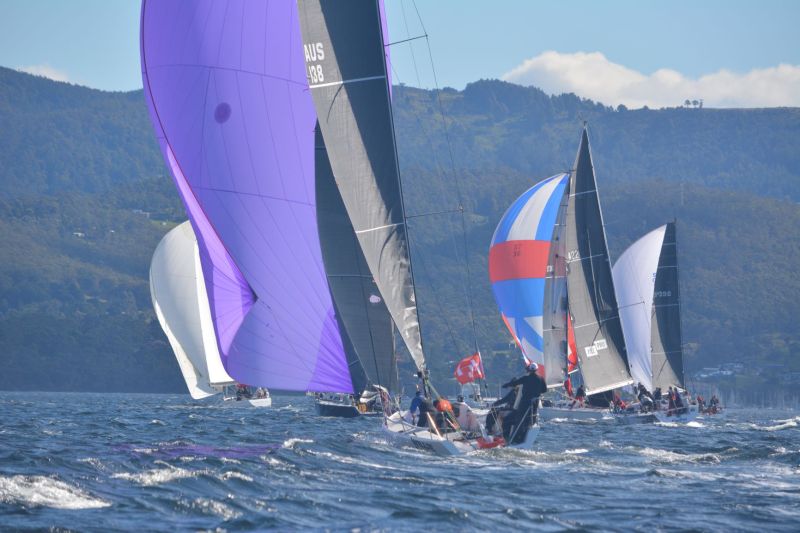 The Ronald Young Builders 52nd Pipe Opener celebrated a successful three day race with the help of Kettering Yacht Club. The race, which has been immensely popular with the Hobart fleet, saw an average of 40 boats competing throughout the event.

Friday night saw Brett Cooper’s Crusader take out line honours and win in both IRC and AMS in Division 1. The Melges 32 has been one to watch over the last few years and this year was no exception with the crew having five members under 18 years old.

For the first time in Pipe Opener history, Derwent Sailing Squadron has created a cruising division which included the ex-America’s Cup boat Gretel II, helmed by Steven Shield, which took out both line honours and PHS from the group on the Friday night race.

Saturday’s race got off to a fantastic start, with a couple of extra Kettering Yacht Club entries joining the race in a 15-25 knot North-easterly breeze. The spectacular display of spinnakers running down the Bruny Island shore provided the spectator fleet a colorful display as they enjoyed the great Spring weather conditions.

Upon conclusion of the series, the results for PHS Division 1 were taken out by Richard Grant’s Cromarty Magellan, a fierce contender from the weekend, placing first with Tony Lagden’s Ripper taking first in Division 2. The Cruising Division saw Catheryn Kerr’s Almalela take out the series in a tightly contested competition.

AMS Division 1 was taken out by Ed Psaltis’s Midnight Rambler and Mike Church’s RQ Six placed first in Division 2 for the series.

Sunday’s race completed the series with huge success and planning for next year’s Pipe Opener is already underway.